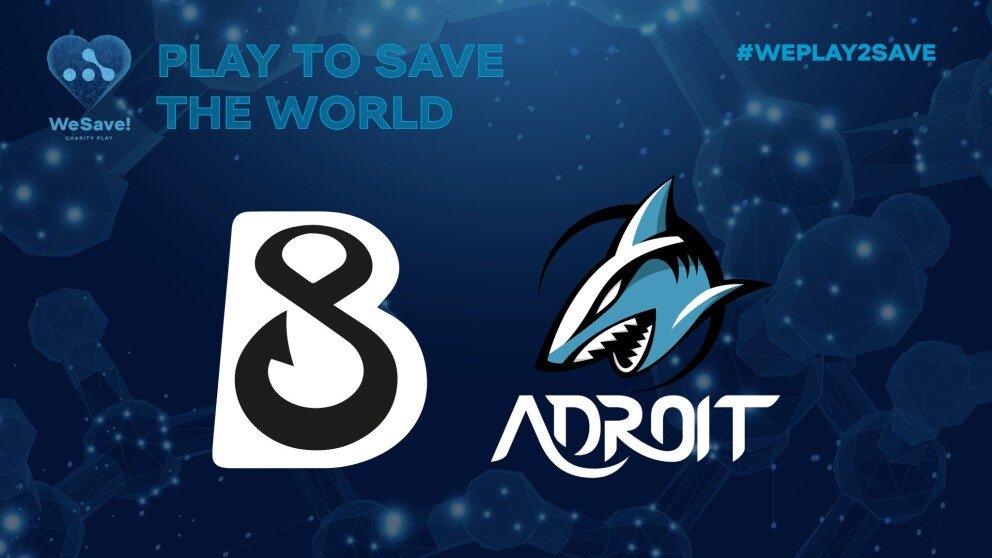 B8 and Adroit are the 23rd and 24th teams to join WeSave! Charity Play (Image via WePlay!)

Less than 24 hours to go before the start of the WeSave! Charity Play event, we now have a complete picture of the teams and format of the tournament. In an announcement, organizer WePlay! revealed the final two participants, B8 and Adroit Esports.

Since the event’s announcement on Monday, March 16th, the teams involved have slowly revealed their involvement. With 14 stacks announced alongside the initial news post, FURIA Esports, CR4ZY, and Natus Vincere joined on Tuesday morning, with world champion’s OG joining them shortly after. On Wednesday, Evil Geniuses, Vici Gaming, Cloud 9, and PSG.LGD joined the fray with the final roster completed the day before the event.

Attention! Some changes on WePlay!

Our team will participate in the WeSave! Charity Play in full force. We are very glad that we will be able to fully support such a good movement together with other teams!

Both Adroit and B8 released accompanying statements about their team’s involvement in the charity event, which aims to raise money to fight the growing COVID-19 pandemic. Danil “Dendi” Ishutin, founder and starting midlaner for B8, explained his team’s involvement: “We are happy to participate in the tournament! All together we will destroy this infection. Get comfortable and watch our games! Let’s spend this time together and put it to good use!”

WE are ready 2Play! Joining this big line-up of 24 teams for a @WePlayEsport charity tournament to help the people affected by this pandemic is a pleasure!

Adroit’s Team Manager Paul Rey Valero further added: “We’re happy and excited to be invited by WePlay! for this tournament for a cause. This is a great opportunity for us to help everyone that is affected by this virus pandemic.”

Beside now knowing exactly which teams are competing in this charity event, more details of the tournament format have now been revealed via esports wiki site Liquipedia. As previously alluded to, each region will take part in its own mini-tournament, with three series being broadcast a day. A four-team best-of-three semi-final will conclude with a finals, with the winner raising $20,000 for charity.

The event kicks off at 11am local time (CET) running until late to accommodate the North and South American regions. All the action can be caught on WePlay! ‘s Twitch channel, and stay peeled to their official website for more information.