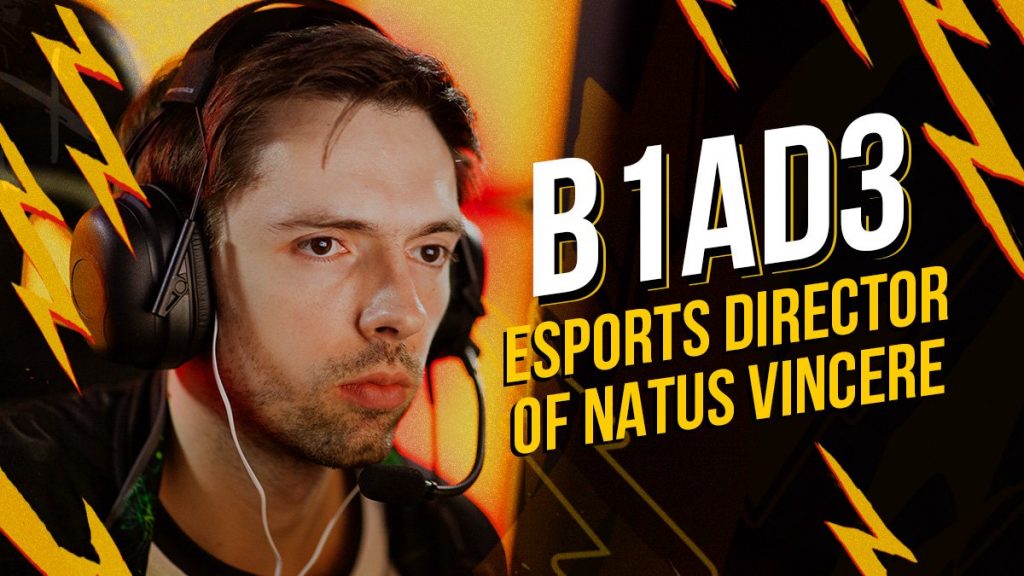 The role will see B1ad3 as the primary individual that will head up operations in the “context of working with teams.” His duties at Na’Vi will be comprised of handling transfer policies and management, scheduling of tournaments and boot camps as well as seeking out contractors/employees in the interest of physical and psychological preparation of players.

B1ad3 – an ex-professional Counter-Strike player who had competed under a number of banners from 2005 to 2015 – brings with him a weighty amount of experience in the space. Beyond his time as a player at DTS Gaming and KerchNET, B1ad3 additionally brings an understanding of the coaching component as he spent time fulfilling that role for both FlipSide3 Tactics and Gambit Esports.

Yevhen Zolotarov, СEO of Na’Vi welcomed the new addition to the organization in a statement: “Esports industry, among many problems has also a staff shortage: people from the industry, for the most part, have a poor understanding of the business component, while people from outside of the industry do not understand esports well enough. Nevertheless, there are exceptions — I see Andrey as such. We have known each other for 19 years: not many people know but I was the captain of his first team and told him what to do on the map. I have long wanted to work with him in NAVI and I am very glad that such an opportunity has appeared.”

Zolotarov makes a great point on the inconsistency between individuals with a comprehensive understanding of the esports space while having that business-savvy mindset in this industry; nonetheless, we can be partially relieved that B1ad3’s decade-plus of experience in Counter-Strike will play into his favor in this new role.

B1ad3 added to the official statement from Na’Vi saying: “I am glad to join NAVI, it is one of the best esports organizations in the world. I am sure that we will have fruitful cooperation ahead of us. For me, this is a new challenge: many plans and ideas that we will begin to implement very soon!”