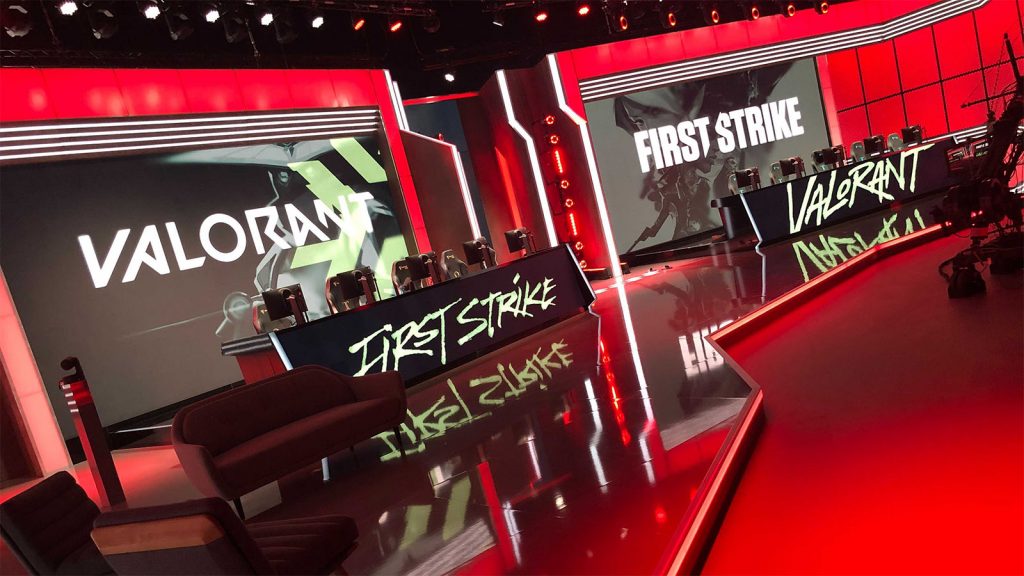 After a grueling three game series, Heretics are the first team to move on to the First Strike EU semifinals. (Photo courtesy Riot Games)

Despite an absolutely insane performance from ScreaM for Team Liquid, Team Heretics grinded out a tough, back-and-forth three map VALORANT series in the quarterfinals of First Strike Europe, which saw the final game go to overtime following more heroics from ScreaM.

After the victory, Heretics’ Auni “AvovA” Chahade sat down with us to discuss how his team withstood the one-man show, how they recovered in overtime of map three, and who they’re looking forward to playing later in the tournament.

Hotspawn: First of all, congratulations, big victory for Team Heretics. What was it like in the voice call after that win?

AvovA: It was pretty good, everyone was hyped up after the last round after pAura got the last two kills. But then everyone got tired. Everyone is super tired now after the three games.

WE ARE IN #FIRSTSTRIKE SEMIFINALS 🧡

Hotspawn: People on the desk and online were talking about how you all didn’t have a ton of best-of-three experience, and now you’ve gone through an absolute gauntlet of a three-map series. How important is the experience of a long and grinding BO3 going forward?

AvovA: It’s super good. Going against Team Liquid, I think now we will have momentum as players. We came in saying “we don’t have anything to lose,” with that mentality, but now we’ve come this far and I’m super happy.

Hotspawn: This series started on Split; a favorite for Liquid and a map you don’t have a ton of experience on. What was your approach to the map? How did you prepare for?

AvovA: We played a few practices on Split and we feel pretty good and comfortable on it, even though it’s our least played map. We weren’t saying “oh it’s their map, we’re going to lose.”

Hotspawn: A lot of the rounds on Split really came down to the wire. What effect do those rounds have on the team? Do you have to keep your confidence in check, or do you let yourself be confident.

AvovA: I think we’re super confident when it comes to those rounds. Even if we lose, we tell ourselves “nice try” and then we go to the next one.

Hotspawn: So we have to talk about ScreaM, who was just-

AvovA: Yeah he’s out of this world right now.

Hotspawn: He was all over this series, especially after switching to Jett for maps two and three. When a player like that starts to heat up (8-0 in first three rounds of map two, ended first half with 15 kills), and has that mythos around him, what do you guys talk about at halftime?

Go show them some love instead of that negative bullshit…

AvovA: We just laughed about it. We said “as long as it’s ScreaM the one doing this shit, if we kill him that’s it.” And that’s how it was! We didn’t think too much about it, we just kept playing the same thing. Everyone was playing well, but ScreaM was next level.

Hotspawn: Did you come up with any positivity after map two, given how close it was despite his 30 kills?

AvovA: Honestly we don’t even think about it. He could drop 60 and it’s the same shit. On to the next game.

Hotspawn: Moving on to map three, when they’re scraping together rounds and making their comeback and taking it to overtime, how do you stay composed?

AvovA: After the first few rounds of attacking side that we lost, we knew that they were stacking heavy and rotating pretty heavy. If you go A, they’re all on A. You go B, they’re all on B. So we tried to speed it up to break through. But there were some rounds where ScreaM would just pop up and kill three guys, and there’s not much to do about it. But we kept our head straight.

Hotspawn: Looking forward to the next round, between G2 and Orgless, do you have a preference?

Hotspawn: Well let’s do both: who do you think will win and who would you rather face?

AvovA: G2 is gonna win for sure. I don’t see any way that they’re not going to win. Unless mixwell is playing slow or someone’s power goes out.

Hotspawn: So are you looking forward to playing them?