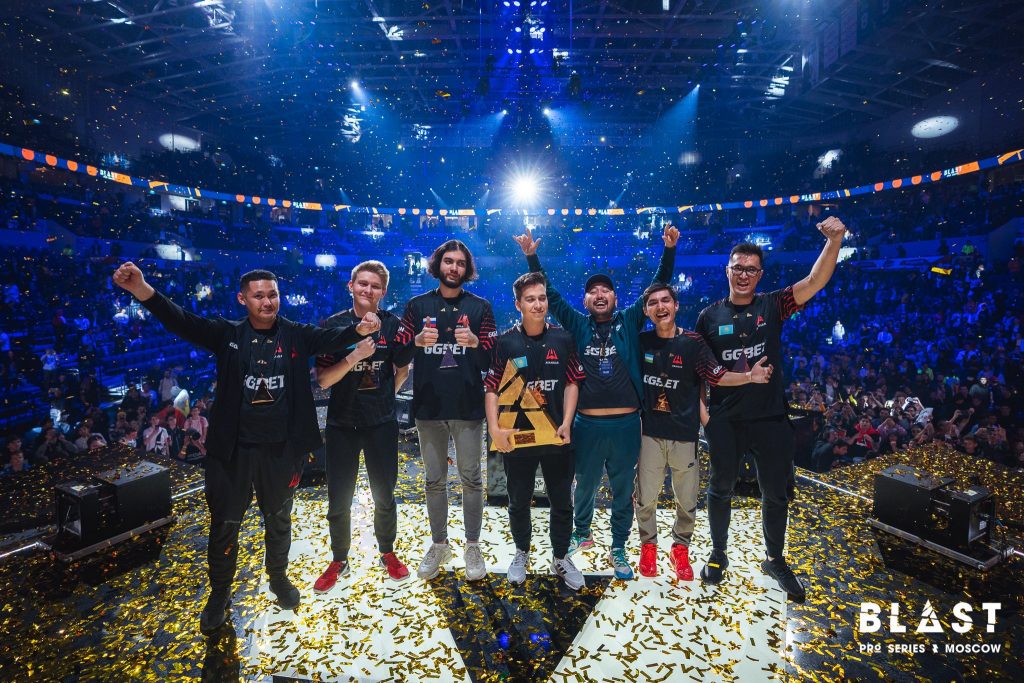 BLAST Pro Series: Moscow is over, and AVANGAR emerged as the champions of the second-to-last Counter-Strike event of the BLAST Season. They take home US$125,000 and showed they are not just a Major wonder team, as they once again climbed high in Moscow. This was at the expense of Western teams, who seem to be struggling post-player break. In addition, the BLAST Pro Series circuit teams also suffered. There is a lot to break down this tournament, so let’s check out what these results mean for the BLAST circuit and the wider CS:GO meta.

Who rules the CIS?

AVANGAR has been on a good run since the Major. They were not performing too amazing in the Challenger Stage of the Major a few weeks ago. Although they stepped their game up by the time of the Champions Stage, clearing out Team Vitality and Renegades before Astralis dismantled them in the Grand Finals. AVANGAR had a similar story here but warmed up fully by the end of the event. The squad lost their opening best-of-ones against Ninjas in Pyjamas 16-12 and forZe 16-14. From round three onwards, they won their bo1s against Natus Vinecere, taking out the perceived rank one of the CIS region. From there, MIBR were defeated 16-9, with ENCE falling 16-13.

forZe also had a good group stage run. They topped the group stages with three wins, one draw and one loss.  They had a strong win over ENCE 16-4 and Na’Vi 16-7, close win over AVANGAR and ENCE in the final round and a draw against NiP.

Both forZe and AVANGAR were auto-qualified due to Team Vitality’s absence of the tournament. They topped the group stages, got to the final, and were both invited from the CIS play-in. This is a sign of the CIS’ ability to break expectations. With Na’Vi struggling, forZe and AVG are contesting for the top seat in the region. Hopefully, these two teams can continue their challenge against Western teams and be considered for future event invites.

The player break seems to have reset the tier list of teams in the top level of Counter-Strike. Before the player break, teams like ENCE, Team Vitality and Team Liquid looked stronger. In this event, the player break continues to haunt the scene. ENCE, Na’Vi and MIBR continue to falter. All three of these teams have undergone roster changes, so it is rebuilding time. ENCE recently acquired Mikka “suNny” Kemppi, while MIBR now has Vito “kNgV-” Giuseppe in for his first tournament.  For both teams, there are clear teething issues to address, but this is typical after roster changes.

As for Na’Vi, their team has not looked great throughout 2019. They have slacked on event attendance and been blown out at several tournaments. Topping it off is the fact that Aleksandr “s1mple” Kostyliev seems mortal compared to his 2018 “player of the year” performance. Na’Vi’s recipe seems to be breaking. Additionally, Danylo “Zeus” Teslenko is retiring, with Moscow being his send-off event. Na’Vi finished inlast place, which is hardly the best retirement event. However, the Moscow crowd sang praises to the veteran, showing the CIS fans loved him to the end.

That's all she wrote.

What does this mean for the Blast Global Finals?

With the conclusion of the event, the standings are as follows:

Copenhagen is the remaining event to qualify for the BLAST Pro Global Final. As it stands, it is still possible for Na’Vi and MIBR to qualify.  Na’Vi will need both MIBR and NiP to falter. Whilst MIBR need outdo either FaZe Clan and or NiP to take the remaining two spots. Copenhagen will certainly be exciting to see how the remaining slots go. After all, Team Liquid and Astralis can be removed from their top two positions.