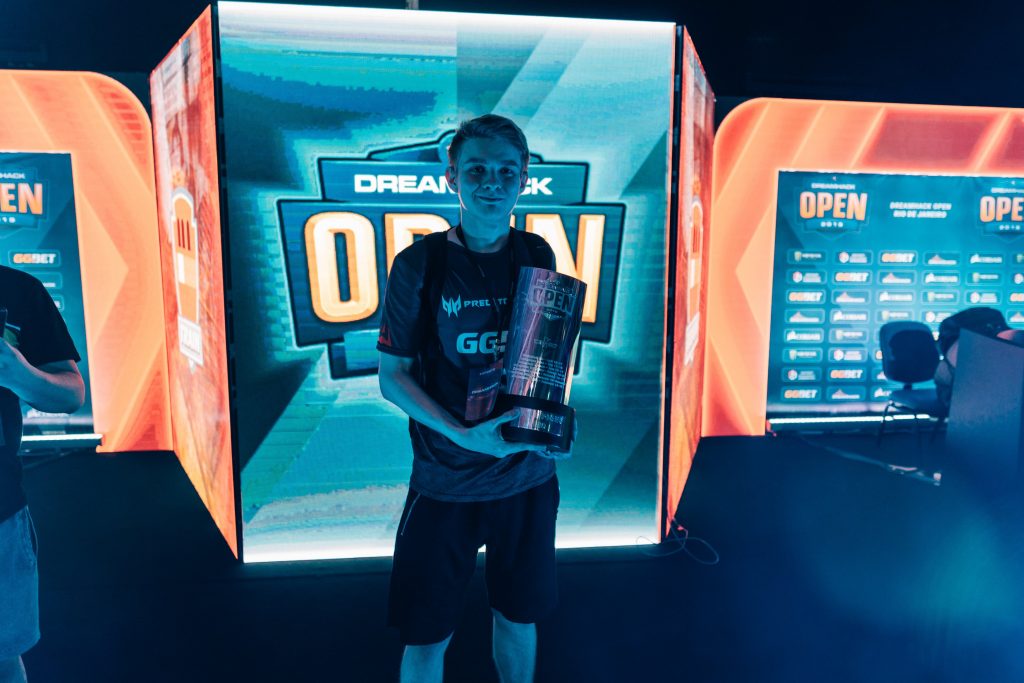 Counter-Strike filled the venue floors of the Parque Olímpico in Rio de Janeiro, Brazil this past weekend for the latest stop in the DreamHack Open tournament circuit. With a zealous Brazillian crowd behind them, AVANGAR went on to raise the silverware in Rio and take the lion’s share of a $100,000 USD prize pool with them over FURIA. Let’s take a look back at how things panned out at the DreamHack Open Rio de Janeiro 2019.

The moment! Thanks for the great event, @DreamHackCSGO. Obrigado Brasil, it was a pleasure! 🇧🇷 pic.twitter.com/tqDuoBs3CM

The eight teams in attendance were pitted into two groups at the start to play through a double-elimination (GSL) format; Group A, which many considered to be the ‘group of death’ at the tournament included both favorites, FURIA and AVANGAR, as well as INTZ and eUnited. On the other side of the pool was Valiance, who had come out gunning most recently at WESG, alongside Sharks Esports, W7M Gaming and Redemption.

Group A got off to an explosive start with a triple-overtime finish between AVANGAR and eUnited on Overpass. The CIS contenders, AVANGAR, pushed through to achieve a 25-23 win spearheaded by a series of clutches from Ali “Jame” Djami. Afterward, the decimation of INTZ in the Winners’ Match on Mirage saw AVANGAR through to the playoffs, putting the squad in a cushy position in the pursuit of gold in Rio.

FURIA rounded out the Group A playoff.  It was a valiant trial that saw them first go down 0-1 in pool play against INTZ. FURIA would bounce back to trump eUnited and enact revenge on their domestic rivals, booking their spot in the playoffs.

Perhaps Group B didn’t boast an equal level of talent and firepower to its counterpart, but it definitely produced some exhilarating matches. On this side of the pool, it was Sharks Esports who would book the first playoff slot, trouncing both Redemption and Valiance on their quest to the winner’s podium. Valiance were hot on the tails of Sharks Esports though, tasting some residual blood in the water and finishing the job against local team W7M in the decider.

FURIA and Sharks would clash first on championship Sunday with a complete Brazillian cast likely to have underlined the intensity in the arena. Inferno was set to kickstart the action on the day. Yuri “yuurih” Santos and Vinicius “VINI” Figueiredo both carried the weight of the team to seal a 16-13 victory on the opening map. The next map staged the two on Vertigo for Shark’s map pick in what would be an utter slaughtering, 16-4, in favor of FURIA for passage into the Grand Finals.

Things were much closer for AVANGAR and Valiance on the other side of the bracket. A back-and-forth battle between star players Jame and Otto “ottoNd” Sihvo of Valiance made for a nail-biting series. After taking a map off one another, the series would boil down to Dust II where AVANGAR put up a piercing T-side to give them a minor lead at the half; a fortified defense as CTs was enough to clinch the victory for AVANGAR which saw them through to face FURIA in the Grand Finals in Rio.

Despite the two favorites at Rio avoiding each other in the group stage, the two were destined to skirmish on the most paramount stage of the tournament in the Grand Finals. On one side you have the hometown heroes, FURIA, who are shaping up to be the next big Brazillian Counter-Strike team beneath MIBR; and on the other, you have AVANGAR, an upcoming squad with a brilliant fundamental understanding of CS and responsible for dealing a number of upsets during the IEM Katowice Major.

FURIA were playing with a chip on their shoulders, though – the team had very controversially declined an ESL Pro League spot – still to the confusion of many – to attend this tournament. While the organization’s reasoning behind this decision is still widely a mystery, a title finish here at DreamHack Rio would be a great headline to ring out Monday morning in light of these events.

It was quite evident FURIA was practiced on the newest competitive map, Vertigo, first thrashing Sharks and then allotting a worse fate to AVANGAR as they breezed by in a 16-2 scoreline. A number of highlight-worthy plays came from the first map including a 3v1 post-plant defusal by Rinaldo “ableJ” Moda Junior that increased the lofty deficit already stacked up against their opposition even further.

As matters took to Inferno for the second map, the CIS side seemed more decisive and clinical in their gameplay. AVANGAR was able to maintain a lead throughout the map despite taking heavy pressure from a fiery-looking FURIA. AVANGAR were able to close things out 16-8 on Inferno; the series would then be pushed to Train for the decider.

The Brazilians took an early lead on the defending side to kick things off. AVANGAR, though, were able to string a few together to at least get them on the boards in this crucial map. Solid work from VINI and Kaike “KSCERATO” Cerato were able keep AVANGAR’s economy under tight management, forcing several ecos and transitioning into the half with a cozy 10-5 lead.

Sanjar “SANJI” Kuliev got the start to the CT-side AVANGAR needed by clutching the 1v1 and bomb defusal in the pistol round. FURIA would instantly bounce back, winning the following round with a force buy and trading with their opponents to net a 13-7 lead. Narrowing the gap, AVANGAR eventually brought the map and the series to a tense overtime scenario; taking the lead in the second half of overtime, a failed defuse on the side of FURIA would seal the deal for the CIS contenders, curtaining the series 19-16 and earning AVANGAR the gold medal at DreamHack Rio.