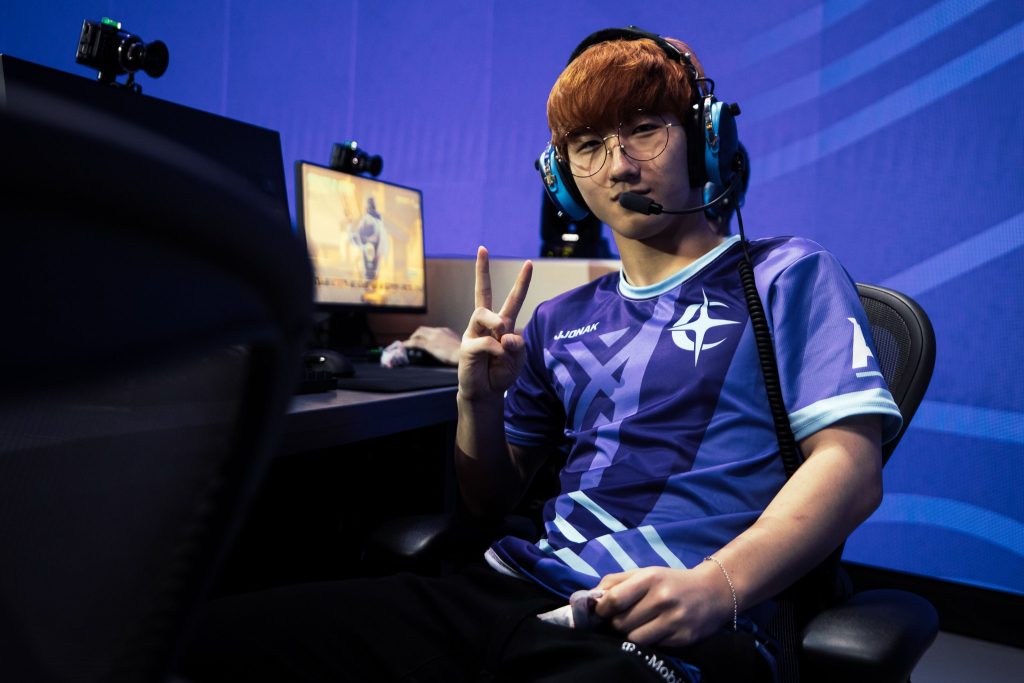 Overwatch League is on a between-stage hiatus, but there was still some fun OWL content to watch this week. Day one of the All-Stars event was all about goofy match-ups and Arcade mode. Day two was focused on the All-Stars Match. During day two, the Atlantic Division All-Stars met the Pacific Division All-Stars in a first-to-four battle. Atlantic reigned supreme with a 4-1 result, making them the two-time reigning Champions of All-Stars.

With starter line-ups voted in by fans and reserve lists voted in by fellow players and talent, the two teams were arguably well-matched. The Atlantic team came out ahead with a 4-1 score, but this is one time the result doesn’t necessarily speak for itself.

The first map was Nepal, with the losing team picking the next map through the end of the set.

None of the Pacific players took the event too seriously, with tanks Ding “Ameng“ Menghan of the Chengdu Hunters on Genji and Xu “guxue“ Qiulin of the Hangzhou Sark on Zenyatta on the first map. Atlantic chose to play their normal roles, which clearly gave them the edge. They took Nepal fairly easily.

The second map, selected by the Pacific team, was King’s Row. They teased a 3-3 composition at the beginning, but no one was going to give the fans a “normal” line-up for this event. They swapped out hero choices before the doors opened. The Atlantic Division took map two.

The half-way break featured Brennon “Bren” Hook take on Jae-hee “Gesture“ Hong in a 1v1 Widowmaker battle. Bren took a whopping two points off of Gesture; not enough for a victory, but perhaps better than anyone, other than Bren, thought he’d do!

While there were substitutions between each map, the entire line-up for both teams were subbed out after half-time.

The third map, Paris, was more of the same; the Atlantic team took it decisively, but it was a fun opportunity to see players on heroes they don’t normally play.

The Pacific Division rallied for map four, on Dorado. They held the Atlantic team to the second point, winning their first map of the event!

With their first opportunity to pick a map, the Atlantic Division chose Busan. Pacific came out with a Reaper, a choice the casters didn’t support. For good reason, as it turned out. The Atlantic took the map and closed out the series 4-1.

Congratulations & thank you to ALL of our All-Stars. You guys are INSANE. pic.twitter.com/46cARPbkcP

The All-Stars game gave fans a chance to see more of fan-favorites such as Do-hyeon “Pine” Kim of the NYXL and Byung-sun “Fleta” Kim of the Seoul Dynasty than the regular season has permitted, as well as combinations such as Jae-hyeok “Carpe” Lee of the Philadelphia Fusion on his trademark Tracer. All in all, the event was a lighthearted way to pass the between-Stage break time. And who can resist an opportunity to see highly-skilled, goofy competitive play?

The Overwatch League returns for Stage 3 on June 6. For all of Hotspawn’s All-Stars coverage, check out our preview and recap of the first day.