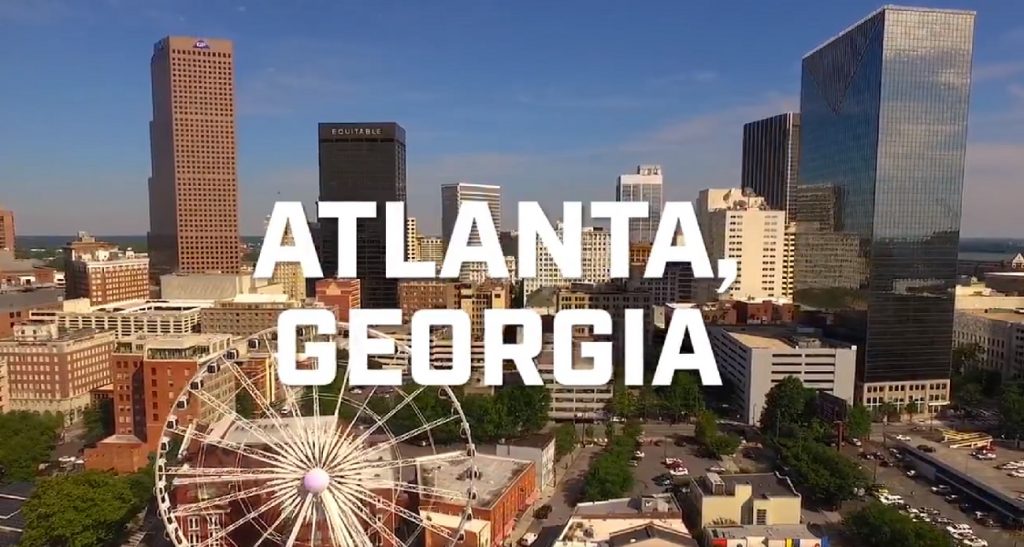 The Overwatch League heads to Atlanta, Georgia for its second Homestand weekend. (Image via Blizzard)

The Atlanta Homestand weekend is days away, July 6-7. Eight Overwatch League teams from across the globe are traveling to Atlanta, Georgia to compete at the Cobb Energy Centre. The Atlanta Reign will be hosting a weekend full of competitive Overwatch in their home city. Known for its diverse musical heritage, Southern cuisine, and their, er, peaches, Overwatch League fans will get to experience everything the southern city of Atlanta has to offer.

This Homestand weekend is the last week for teams to qualify for the Stage Three Playoffs. For two teams, in particular, there is a lot riding on these matches. The Shanghai Dragons and the Philadelphia Fusion need to win to have a chance of making the playoffs.

For the Fusion, they also need to win both of their games and hope that Shanghai loses both of their matches in order to make the top eight for the playoffs. Overwatch fans should be sure to tune in to the Dragons versus Fusion game on Sunday to see who can claim their playoff spot!

Another team with a little pressure on them is the New York Excelsior. They currently sit in the top spot for Stage Three. They will be looking to secure wins against the Florida Mayhem and the Toronto Defiant to hold their number one spot. Their matches are against two of the lowest ranked teams in the Overwatch League, which makes them favored to win. BUT! Don’t forget that the underdog can sometimes produce miracles.

Most of the other teams performing at the Atlanta Homestand Weekend aren’t able to qualify for the playoffs, so they’ll be fighting for their League standing, rather than their Stage standing.

When you’re not watching the games, there will be a lot going on during the weekend like autograph signing sessions, fan merchandise, and community activities. Be sure to check out the official website for match times and to find out how you can get in on the action.