Athletes and Celebrities Invested in Esports 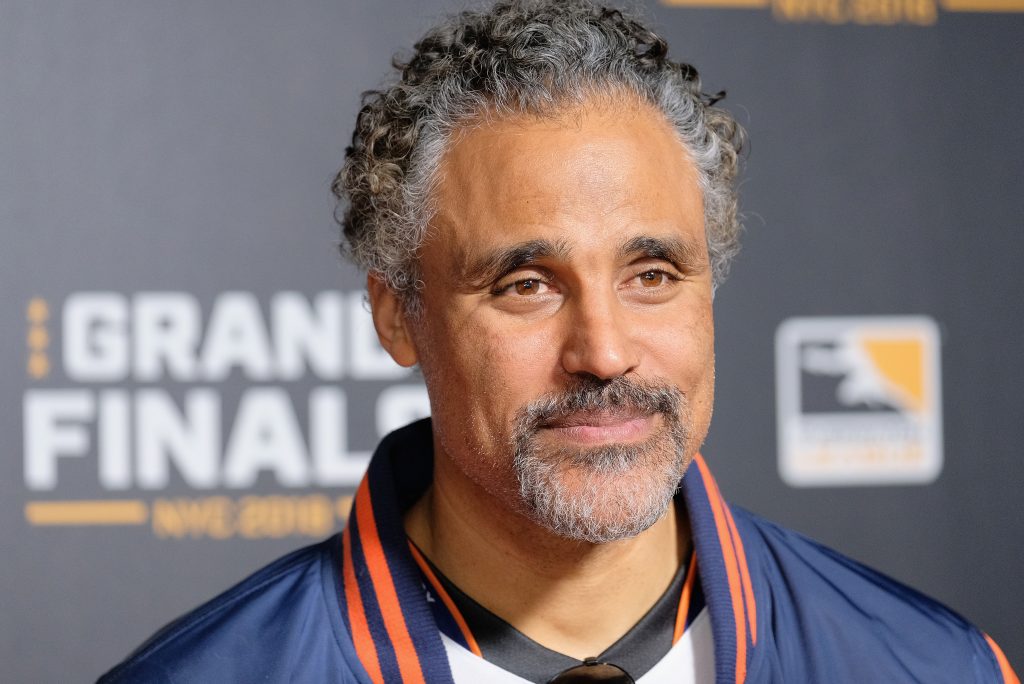 As esports continues its steady ascent into the mainstream, household names are announced as esports investors every month. They come from a variety of entertainment areas. In this list, you will find world-popular musicians, television stars and some of the best athletes in their respective sports. Here is a synopsis of some of the most notable athlete and entertainment investors in esports:

Fox is a former NBA player who is definitely in tune with his team’s roster decisions. As the founder and CEO of Echo Fox, he has built an esports organization that competes in 11 titles. The crown jewel of the organization has to be the League of Legends franchise. With a new roster led by Seung-hoon “Huni” Heo and Joshua “Dardoch” Hartnett, Echo Fox had a great run in the 2018 Spring Split of the NA LCS. The team faltered in the spring playoffs and now will have to perform well in Summer to have a shot at the organization’s first Worlds placement.

In addition to being an NBA player, Fox was also an actor for series like “Shameless” and movies like “Dope” recently and “He Got Game” in the late 90s.

Adam Silver, the NBA commissioner, has made a distinct effort to give players and owners from around the league the ability to invest in esports. Partially as a result of his efforts, the NBA has seen three teams in the NA LCS be directly tied to NBA franchises. Those teams are the Golden Guardians (Warriors), Clutch Gaming (Rockets) and 100 Thieves (Cavaliers). In addition, ownership groups for NRG (Kings Owners) Flyquest (Bucks owner) and Echo Fox all have NBA connections.

“I saw Adam Silver and John Skipper (former ESPN president) at a sold-out MSG taking in NALCS and I was struck,” Fox told Bram Weinstein on the SportTechie Podcast. “I knew things were changing under my feet and this generation would be the next wave of new athletes.”

The Giants star Wide Receiver and one of the most recognizable players in the NFL announced an investment in Vision Esports last February. In addition to Beckham, the investment round also included Kevin Durant and the St. Louis Cardinals.

The Los Angeles Rams starting left guard was one of the first athletes to be invested in esports; he is also one of the most successful.

In 2014 he helped found Rise Nation, an organization that competes in Call of Duty. In the last four years, Rise has established itself as one of the dominant teams in North America. 2018 has been the team’s most successful year to date.

Rise went 13-1 in the first stage of Call of Duty World League (CWL). They followed that up with wins in both the Atlanta and Anaheim Opens this year. While Saffold founded Rise while the Rams were in St. Louis, the move to LA – widely considered the esports epicenter of North America – could only have helped his organization.

As Saffold boasts about his success in the locker room, expect to see more NFL players get involved with esports soon.

The Oakland Raiders Running Back has been the center of media attention plenty of times but the former Seahawks star really just wants to play games, eat skittles and truck opposing linebackers.

Lynch is a huge gamer and has crashed the set of Conan’s Clueless Gamer on multiple occasions. He’s a big fan of Call of Duty and was actually put into the campaign of Black Ops III. (He’s at the table in the back, in the left chair.)

Lynch has also put some serious cash in esports. In September of 2017, he joined the athlete-heavy investment group formed by NRG Esports. The original founders were Andy Miller and Mark Mastrov who also own the Sacramento Kings. Miller and Mastrov promptly started using those athletic connections to build an investment roster that includes four different former MVPs.

Two of those MVP’s came from the Philadelphia Phillies dominant teams in the late 2000s, Ryan Howard and Jimmy Rollins won NL MVP’s in back-to-back years. Rollins joined first but was soon followed by Howard and former teammate Marlon Byrd.

Also an investor in NRG esports, A-rod was one of the earliest investors in the company. When Mastrov gave the president of gaming operations Gerard Kelly a list of possible athlete investors, Rodriguez was a top priority.

“Alex was pretty high up on the list. From a young age, he has been a star most of his life. That’s very similar to what these kids are going through,” Kelly told CNBC in 2016.

That was part of why the Kings co-owners targeted so many athletes. They thought former superstars would be able to impart wisdom on their young gamers. Also, having probably the most famous baseball player of this generation probably helps with recruiting.

In addition, A-rod helped bring on girlfriend and singing superstar Jennifer Lopez. While J-lo joined a $15 million investment round, Arod doubled down and secured a seat on NRG’s board of directors.

The final MVP on the list of NRG Investors, the Big Diesel is one of the more active members of the NRG board. While many athletes are invested, their public contributions usually stop at a picture on the NRG website and a couple tweets.

Shaq takes it a bit further. He has a public platform through Inside the NBA and used it to showcase his team and Counter Strike: Global Offensive (CS:GO). It starts with Shaq being put into the game where he plays with CS:GO’s signature chicken. Then they go to the desk where Kenny Smith, Charles Barkley and Ernie Johnson grill Shaq about roster moves with the NRG CS:GO team.

While it’s clear Shaq isn’t in touch with the individual members of the team, having NRG be featured on one of the most popular sports talk shows can only be good for the organization.

Cuban hasn’t invested in an esports organization, like his fellow NBA owners, but he has invested in Unikrn, an esports betting company. It was a savvy move by the renowned businessman as the recent Supreme Court decision to allow states to legalize sports betting has drastically increased the worth of the company.

In addition to Unikrn, Cuban is also an outspoken proponent of the NBA 2K League. The Mavs were one of the 17 teams to join the league in an inaugural season that has struggled with viewership. Despite that, it’s only the first season and Cuban’s Mavs Gaming found luck in the ping-pong balls that determined draft order. The team was awared the first overall pick and chose Artreyo “DatBoyDimez” Boyd. He is the closest thing to a superstar personality in NBA 2K and was the consensus top pick heading to the draft. The flashy PG is one of the league leaders in assists.

The billionaire isn’t shy about hiding his opinions, as any fan of Shark Tank will tell you. He made national headlines when he said the Overwatch League has felt the effects of Fortnite’s popularity.

In addition to Cuban, actor Ashton Kutcher is also an investor in Unikrn.

“I’ve had the pleasure of investing and being involved in a number of outstanding startups, and Unikrn stood out because they are completely changing how people engage with esports,” said Kutcher in a statement.

Kutcher has had a lot of success as a tech investor. He has also put money into Twitter, Airbnb, Uber and Skype, according to GeekWire. With Unkirn he will try to add another successful company to his tech resume.

One potential pitfall looming for Unkirn is the possible age-restriction on sports betting. In traditional sports, there are rarely competitors under the age of 18. In esports, they are much more common and New Jersey has already stated that no event with a player under 18 will be eligible for betting. That includes the majority of esports competitions so Unikrn has stayed focused on offshore books for the time being.

While the majority of celebrity investors in esports come from athletics, there are some from other industries as well. Aoki is a world-renowned EDM artist who is considered one of the pioneers of the genre. A long-time gamer he invested in esports when he bought Rogue Gaming.

At one point they were one of the top teams in Overwatch but were forced to disband their roster when the organization didn’t receive a spot in the inaugural season of the Overwatch League. Now they compete in six different titles and hold some of the most popular gamers in Rocket League (Sizz and Jacob) and Fortnite (DrLupo).

Last January, Rekt Global acquired Rogue. While Aoki no longer owns the franchise, he is still an important part of the teams branding.

Call of Duty Counter-Strike: Global Offensive Dota 2 League of Legends Other Overwatch
Share
Mitch Reames
Mitch comes from a background in sports broadcasting at the University of Oregon, while there he competed for the U of O Hearthstone team and saw the potential for content at the crossover of sports and esports. In addition to Hotspawn, Mitch writes for SportTechie and the National Football Post. Follow him on Twitter @Mitch_Reames.
Follow me