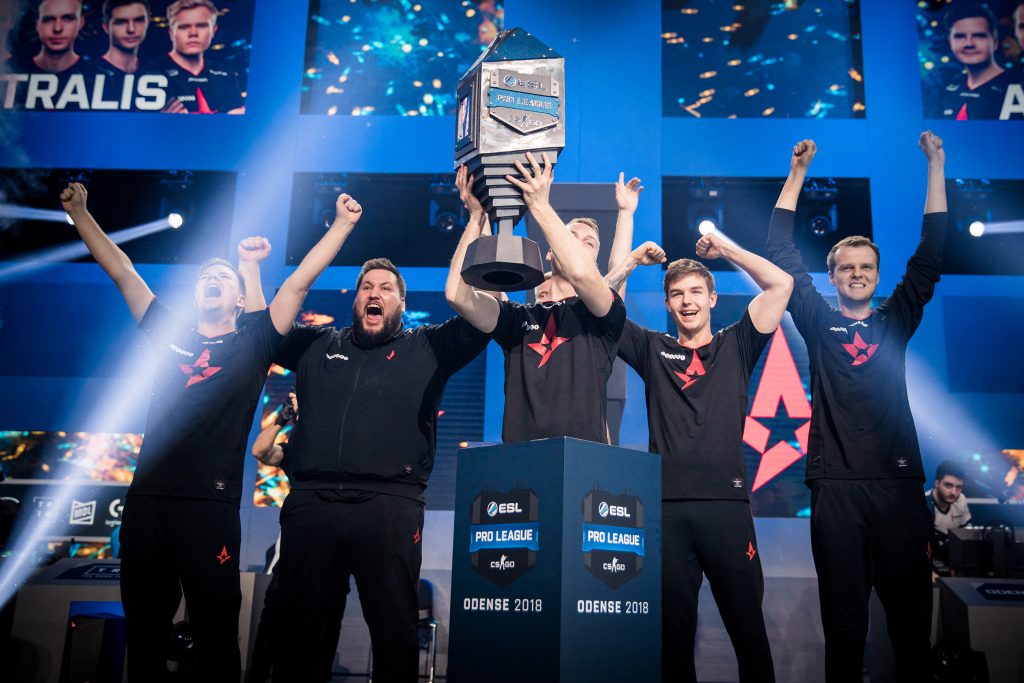 Astralis might have marked their place in CS:GO history with their victory over Team Liquid. The Danish team managed to win the ESL Pro League season 8 finals and the Intel Grand Glam in one night, earning them $1.25 million. Astralis was the first team to win the Intel Grand Slam, which is earned by winning four Intel or ESL tournaments in the span of 10 tournaments.

Astralis entered the match against Team Liquid on an 11-0 win streak against the Americans. They stumbled through the first map and walked out of Mirage down 0-1. The next map started off rough as they ended the half down 6-9. Fortunately for the Danish squad the veteran team leader, gla1ve, ended the map with 31 kills and evening the map count.

The third map, Inferno, saw the Danes in lead at the half for the first time in the series. Team Liquid came back swinging to tie it at 11-11, but Astralis was on the hunt for a home win. They were on match point, and the crowd was on their feet. The Danish crowd wanted their Danish team to raise the trophy on home turf.

The final map was a constant struggle as the teams ping-ponged back and forth. Astralis was up 4-0 with a pistol round win on Dust, but Team Liquid punched back to lead 8-7 at the half. Astralis refused to go down as they decimated the Americans by taking seven rounds in a row. Team Liquid managed to string together two wins, but Astralis was on a mission. At the end of the 26th round, the Danish squad was crowned champions. They officially put in their argument as the best CS:GO team of all time.

With Astralis’ Grand Slam Win, the CS:GO competitive year has officially come to a close. The 2019 season will begin at IEM Katowice, and the Intel Grand Slam prize pool will reset.