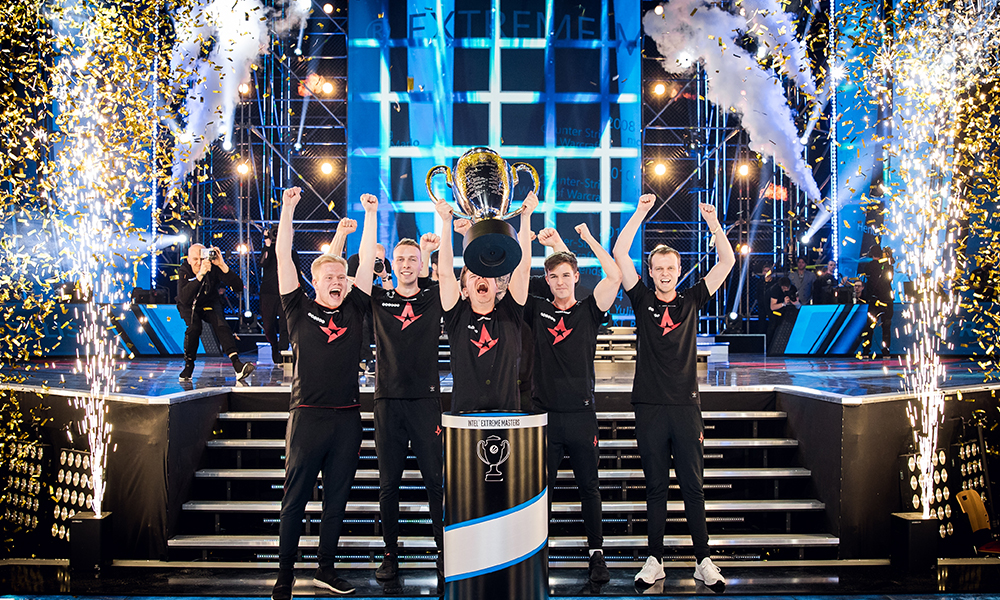 Astralis overwhelmed ENCE in their best-of-three Grand Finals as the Danes won their 3rd Major championship and the lion’s share of a $1M prize pool.

Three weeks of barbarous Counter-Strike competition came to a close today at the Spodek Arena for the Grand Finals of IEM Katowice. Finnish tacticians were simply overwhelmed by the Danish global leaders in their best-of-three series as Astralis shut down ENCE, winning their third Major championship and the lion’s share of a $1,000,000 prize pool. Let’s break down how the series panned out on this day in CS:GO history.

The series, resembling David and Goliath, kicked off on Train where ENCE would secure an electrifying pistol round on the T-side to surge the energy amid the team and kickstart the match. Astralis responded fiercely in the third round, commanding three of their own in routine dominant fashion, putting a hitch in the side of ENCE’s economy. The money would continue to be a problem for ENCE in the first half of Train as Astralis built up their own bank while sweeping full-buys out from underneath the Finns. For every piece of aggression from ENCE there was an Astralis player in place to counter the attack, giving the Danes a lofty 11-4 lead at the end of the first half.

ENCE would earn themselves another much-needed pistol as they switched onto the CT-side; boldness on behalf of Sami “xseveN” Laasanen would win ENCE the following round after a 3K spraydown with the MP7 put Astralis on their backs. After 4 kills and an intelligent decision to go for an early bomb defuse in the latter round, Astralis would finally seem to be against the ropes in this match; it would be short-lived, however, as the Danes converted a majority eco into four kills and a bomb plant – making things look grim once again for the Finnish side.

Star plays and from Jani “Aerial” Jussila and Aleksi “allu” Jalli would help ENCE narrow the gap down to 15-11 in this fixture; however, Andreas “Xyp9x” Højsleth finding himself in the outnumbered scenario he thrives in, was able to clutch the 2v1 and defuse the bomb to win Train 16-11.

Game 2 was an uphill battle for ENCE from the start, having to square up against the titans on arguably their strongest map, Inferno. Gunned down round after round, the Finnish contenders were helpless on the CT-side against Astralis. Beyond going unbeaten for the first ten rounds, the fashion in which the Danish superteam was winning rounds was impressive in its own; highlight reel play after another and clear outgunning showed a plain upstaging of the underdogs in the Spodek.

If anyone had forgotten how Astralis revolutionized utility in competitive Counter-Strike, Game 2 on Inferno was a clear indicator of that impression – and a sobering reminder for ENCE. High-explosive grenades chipped away at the Finns health while smokes were compounded to play off the nerves of their opposition. In the end, there was no room for ENCE to bounce back from the large lead the Danes had established on their T-side as they closed things out 16-4.

Today’s Astralis victory marks the organization’s third Major championship win, tying them alongside Fnatic for the current record of most Major wins in CS:GO. Going back-to-back with their FACEIT London Major win in 2018, the IEM Katowice title has continued to set Astralis even further apart from the rest of their international competition.