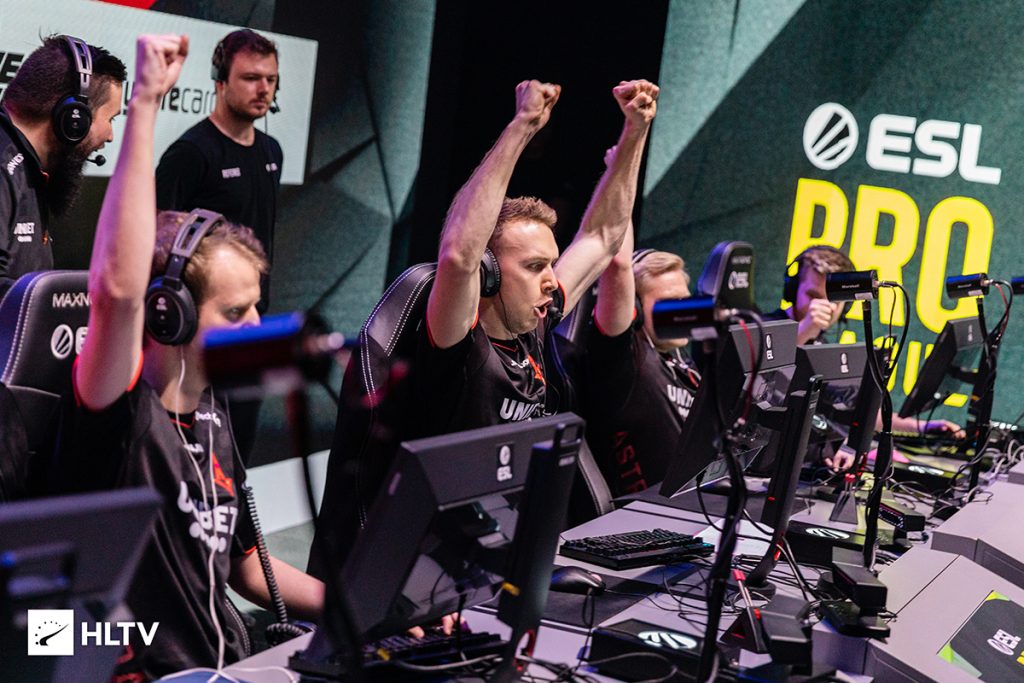 ESL Pro League’s Group A has come to a close. The opening act of the fully online season had a few twists and turns. In the end, three teams will be (metaphorically) going home, while the other three live to fight another day.

The very first day of Season 11 played host to an upset few saw coming. Astralis lost their initial match to Ninjas in Pyjamas in embarrassing fashion. The maps of Vertigo and Overpass were very favorable on paper for the Danish side, but the results said otherwise. After being trampled 16-6 on NiP’s Vertigo, Astralis then lost their own map 16-8. The worry that Astralis were still on the struggle bus after their suboptimal results earlier in the year was a very real one.

After quickly dispelling GODSENT, Astralis dropped a map to ENCE on day three. They held on to win the series, but their position in playoffs wasn’t guaranteed yet. Their next test was Team Spirit, the replacement team who were also 2-1 after impressive results against Vitality and ENCE. Whoever won this matchup would be in prime position to advance in first seed. Astralis were done playing around at this point. They put their foot down and crushed Spirit with 16-6 and 16-8 results, the same score lines that they lost to NiP with on day one.

Although the path to get there was unexpected, Astralis and Vitality still faced off on the final day for first seed. The first map was Vitality’s pick of Dust2 which Astralis took fairly convincingly. A clean sweep was on the cards as Astralis went to their home map, but Vitality weren’t ready to give up. The French squad took Astralis to overtime on Overpass and clutched out the map 19-17. The hyped series then went to Nuke where the hype quickly died out. After winning their T side half, Astralis nearly shut Vitality out in the second. The 2-1 series win confirmed Astralis as the only team with a 4-1 record. They earned first seed thanks to some help elsewhere in the group.

Group A of #ESLProLeague season 11 has come to a close.

Vitality Make it Through

Vitality’s journey through the group stage started out much easier. They defeated GODSENT 2-0 before facing off against ENCE on day two. The teams actually traded each other’s map pick, sending the series to a tiebreaker. Dust2 was anyone’s game all the way through. The score at the half was 8-7 for Vitality going into their CT side. The map came down to round 30 where Vitality got the defuse to win the map by the slimmest of margins.

That match must have worn Vitality out, as the next day they unexpectedly fell victim to Spirit. Once again, Vitality won their opponent’s map pick then lost their own. Spirit triumphed on Overpass to complete the upset and tie Vitality’s 2-1 record.

With three teams at 2-1, every win mattered for playoffs seeding. Vitality’s fourth match was against the sole 3-0 team in NiP. Despite the impressive form seen from the Ninjas earlier in the group, Vitality were able to sweep them. Vertigo was a very close 16-14 which saw Vitality go down 5-10 at the half from CT side. Their T side pulled together 11 rounds to go up a map. Nuke was much easier, as the French squad cruised to a comfortable 16-10 win.

Going into the final day of play, there were now three teams tied at 3-1: Astralis, NiP, and Vitality. Vitality held the tiebreaker over NiP, so beating Astralis meant taking first seed and a free pass to Stage Two, while losing mean possible elimination. As previously mentioned, Vitality couldn’t keep pace with Astralis in the tiebreaker map. Even so, Vitality qualified for sure after GODSENT pulled a minor upset over Spirit to keep them at only two wins.

Sad news: we lost against @astralisgg BUT we will playing the decider for Stage, so nothing is over yet! 💪 pic.twitter.com/9PU1IVZRbz

In a classic example of the tortoise and the hare, the Ninjas in Pyjamas got off to a fast start. Their first three matches were all decisive 2-0 sweeps, one being over group favorite Astralis. The head to head advantage made sure that all they needed was to tie the Danish squad’s record to best them in seeding, and a 3-0 was the perfect start.

NiP barely lost their Vertigo pick to Vitality on day four. The Swedes couldn’t come back into that series and took their first loss in the group stage, but that was alright. They still had the tiebreaker over Astralis and just needed to beat ENCE on day five to guarantee a top two finish.

On that final day, Astralis defeated Vitality. This meant that the only team that had the head to head over NiP was stuck with a 3-2 record. A win against ENCE now meant first seed secured for the Ninjas. ENCE were the worst team across all of ESL Pro League’s first week of play. They were winless going into the last day, a feat no other team from Group A or B had achieved.

Right away, NiP’s Train CT side was being battered by ENCE. They lost the first half 7-8 then couldn’t get anything going on the attack. Before they knew it, NiP were down a map in the “easiest” game of their group. The Ninjas quickly recovered enough to stomp ENCE on their Overpass pick, but one obstacle still remained. Shades of Train appeared on the Inferno tiebreaker as NiP’s CT side was full of holes. ENCE took a 10-5 lead at the half then closed out the game on defense.

ENCE had avoided the embarrassment of going 0-5 by denying NiP first place in the group. Instead of tiebreaking Astralis for first seed at 4-1, NiP now lost the tiebreaker for second to Vitality at 3-2. The Ninjas in Pyjamas are through to the next round, but they will be kicking themselves for the next week as they wait for their decider match appointment.

It was a long and crazy road to get here, but the three teams advancing at ESL Pro League have been determined. The result of Astralis first, Vitality second, and NiP third was expected. The manner in which it happened was not. It’s all about the journey, not the destination as ESL Pro Leagues eleventh season continues. Once Group C is played out, the decider matches will commence.