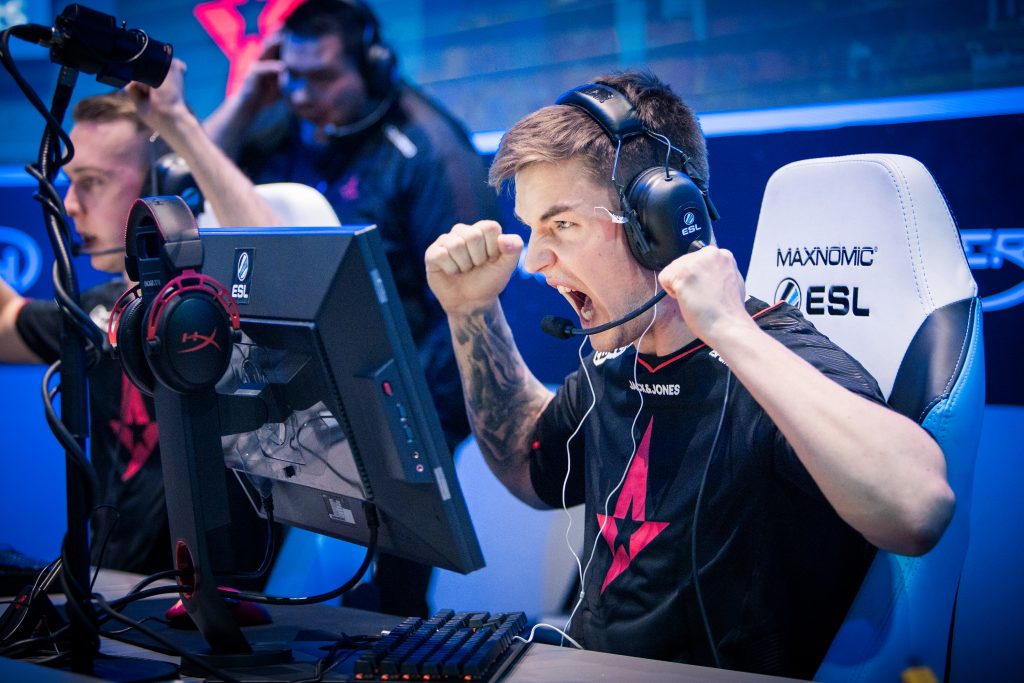 Astralis has been pitted as the #1 global ranked team in Counter-Strike since April and they’ve shown little signs of slowing down. (Photo courtesy of Helena Kristiansson | ESL)

Astralis has been pitted as the #1 global ranked team in Counter-Strike since April and they’ve shown little signs of slowing down with pioneering victories, one after the next. While Danish wins have become somewhat of a stale outcome due to their wide supremacy, this upcoming tournament is of overriding importance.

After four grueling weeks of online qualifiers, the ESL Pro League Season 8 Finals are gearing up to get underway in Odense, Denmark. A sum of $750,000 in prize money underscores the event in which a stacked cast of teams will contest one another on Danish grounds for the lion’s share of that cash pot. While those in attendance is exciting enough to get us amped up for the tournament, there’s one towering narrative surrounding the LAN competition.

There’s plenty of reason to believe Astralis will be the squad lifting the trophy at the end of any tournament they take part in; the Danish powerhouse has ushered in their own era in competitive Counter-Strike with routine title finishes, unmatched work ethic and a seemingly impenetrable core. Astralis is a hurdle in every professional team’s path right now, likely to make even the toughest unit shutter when they see their name on the bill. Being the best means dethroning the giants and Astralis had amassed a sky-high shadow onsetting one hell of a prestige for them.

Despite ruling an absolute sovereignty over the competitive CS:GO circuit at the moment, the ESL Pro League Finals is being staged as Astralis’ tournament to win. Or lose.

Astralis has played the role of the villain at almost every LAN event they’ve attended in the last several months; fans seeking deviation from the five-man superteam standing on the winner’s podium at the end has been a desired commodity – however, that’s likely not to be the case here.

The full Danish lineup will compete on home soil at the ESL Pro League Finals in Denmark where they will likely have the crowd behind them in the high stakes tournament. It’s not uncommon for live crowds to sit relatively dormant while the Danes tear through their competition in customary fashion, it’s predicted the atmosphere will be different in Odense.

Despite how some of the Counter-Strike populous is literally sick of seeing Astralis win, even then it’s hard not to be impressed by some of the brilliance they produce regularly. All in all, with the presumed crowd support and energy fueling the Danes at this event, it’s scary to think what they’ll be able to do on this stage.

A Shot at History

The Intel Grand Slam is a competition to see which team can win four tournaments hosted by either ESL or DreamHack in a ten tournament window – a challenging feat for even the game’s greatest. While at the start of the season, it was looking as if FaZe Clan would adopt the inaugural Intel Grand Slam prize of $1,000,000, however, as FaZe dropped off, Astralis would quickly become the new contenders.

Astralis would go on to win three of the four tournaments needed to capture the lofty prize bonus including title finishes at DreamHack Masters Marseille, ESL Pro League S7 Finals, and most recently, IEM Chicago. The last stop in the Intel Grand Slam series lands in Odense this week and pits Astralis to seize that opportunity on their home turf.

You simply could not script a better narrative for Astralis to win at this event. Not only would they polish off an already dazzling season with another significant first place finish, but they’ll also have the opportunity to make history by securing the inaugural Intel Grand Slam – all on their home turf.

There’s a lot of eyes on Astralis in Odense, and with that, a wealth of pressure to deliver on; tension has never appeared to unsettle the Danes, however, this events is likely setting a new tone for them in anticipation. While Astralis achieving a fresh prestige for themselves may be a rousing thought, it will be equally as electrifying to see someone steal that away from them. One thing is for certain, though – Astralis is going to enter this event headstrong. Any team dreaming of beating them on this stage will have to bring a flawless and elevated form of CS to Denmark – even then, nothing is promised.

No matter which way you slice it, the ESL Pro League S8 Finals are shaping up to be a true stunner. If you’re a Counter-Strike enthusiast, you won’t want to miss it.