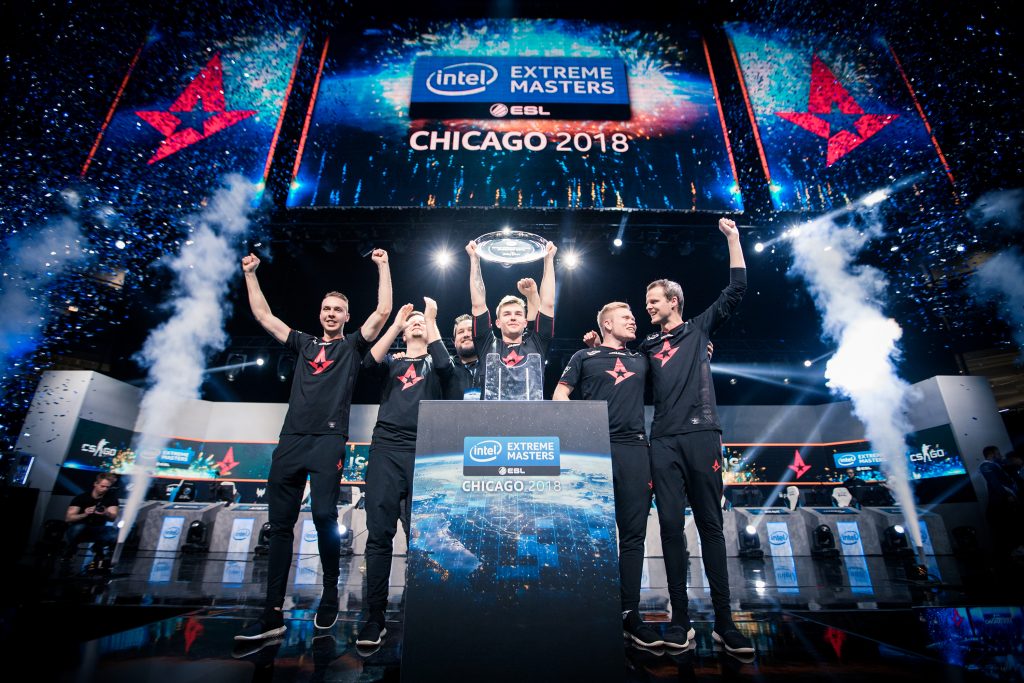 With the event win at IEM Chicago, Astralis is one event win away from winning the Intel Grand Slam $1 million title (Photo courtesy of Helena Kristiansson | ESL)

Astralis added another tournament win to the year after walking away from IEM Chicago with the win. Astralis faced off against Team Liquid on Sunday and destroyed the American squad with a clean 3-0 sweep. Astralis has won seven events in 2018.

The first game was on Mirage and Team Liquid held a strong lead for the majority of the game. Unfortunately for the boys in blue, Astralis swung back at the right time. The Danes swept the map out from under Team Liquid by claiming the last rounds.

Both teams went into game two on Nuke. Astralis held a 100 percent win-rate on Nuke and was not letting Team Liquid break their streak. Astralis walked away from the map on championship point and continued on with their perfect map win-rate at 24-0. The only way Team Liquid was going to walk away victorious was with a reverse sweep, however, all the momentum was on Astralis’ side.

The reigning Major event champions started off slow as Liquid kicked off Inferno 11-4. Just like clockwork, Astralis fought back using strategies and blazing through the competition. Map three ended 16-4 and Astralis lifted the trophy in the windy city.

With the event win at IEM Chicago, Astralis is one event win away from winning the Intel Grand Slam $1 million title. The Intel Grand Slam is a competition held between ESL and Dreamhack that offers a $1 million bounty to the first CS:GO team to win four tournaments out of ten to complete the first ‘Grand Slam’.  The squad will be able to fight for the IGS in Odense at the ESL Pro League Season 8 finals. The Danish team will feel a little more comfortable walking into the finals with the IEM Chicago tournament win on their backs, and $100,000 in their wallets.