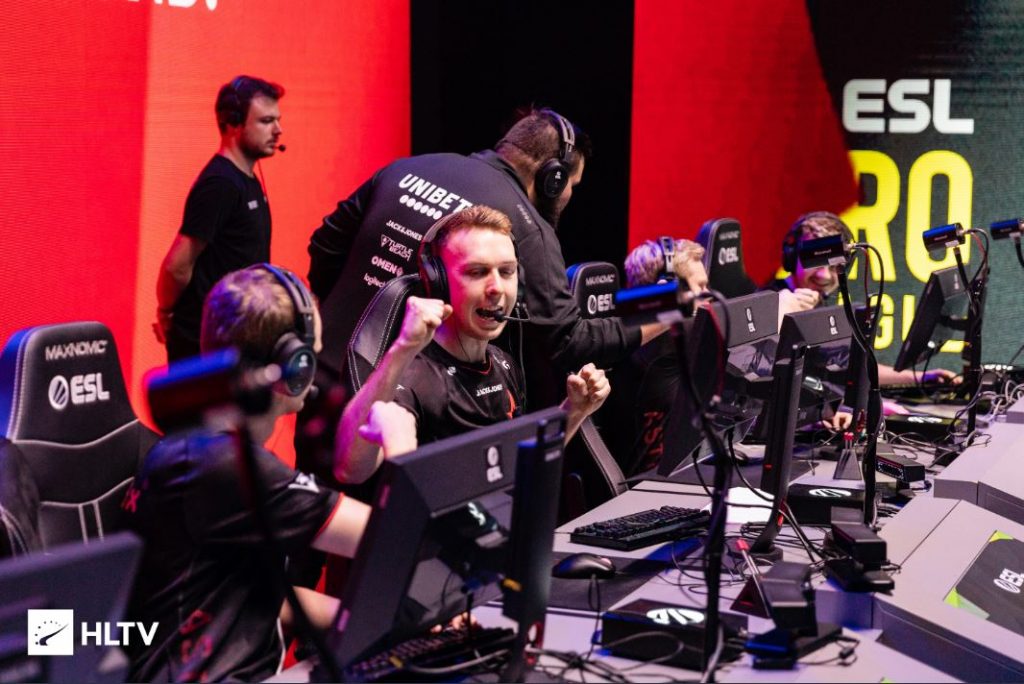 Astralis have stormed their way through Road to Rio, not dropping a single map in playoffs. (Photo courtesy ESL)

The final Road to Rio regional tournament has come to a close. The nearly one month long European spectacle brought with it tons of excellent Counter-Strike action with surprises abound. However, the conclusion was perhaps the most expected part of the event. Astralis has rolled through the Upper Bracket of playoffs and taken the championship without dropping a single map.

As the first seed from Group A, Astralis earned a ticket to the Upper Bracket alongside the other top four finishers. Starting at the top always makes for an easier route to Grand Finals, but Astralis wanted to make it even easier.

In their first matchup against G2 Esports, Astralis took the French-Serbian squad down on their own Vertigo pick 16-13 before moving onto Overpass. Naturally, Astralis took that one as well in a dominant 16-7 to guarantee the 2-0 sweep. Astralis had guaranteed a top three finish without breaking a sweat.

After that, it only seemed to get easier for the Danes. Their Upper Bracket Finals matchup against FaZe Clan also went off without a hitch. A 16-12 on FaZe’s Dust2 pick led into a 16-7 on Inferno. Even on their opponent’s maps, Astralis looked unstoppable. Whenever they play to this level, it seems the entire CS:GO scene is reminded that the Astralis era is never truly over. Only one match stood in their way of the Road to Rio title.

While Astralis was living it up in the Upper Bracket, the rest of the field was fighting for their lives below. The first upset came in Round 2 when Team Vitality took down the Ninjas in Pyjamas in three maps. NiP was one of the top four teams who started in the Upper Bracket, so for them to not win a playoffs match must have been demoralizing. On top of that, two of their maps against FaZe Clan and all three against Vitality went to overtime. NiP lost four of those five maps.

On the other side of the Lower Bracket, G2 were on the front lines of a French war. They went up against Team Heretics in Round 2. The series went to three maps with all of them coming down to the wire. G2 took Nuke 16-14 before Heretics fired back in Dust2 with a 19-16 overtime win. Finally, Mirage saw G2 come back from a massive 13-5 deficit to secure the map 16-14.

Right after that, G2 faced off against Team Vitality in a battle for a top three finish. This series was just as close as the previous one with all three maps ending in 16-14 score lines. Interestingly, G2 and Vitality both won each other’s map pick. After the complex Nuke and Vertigo games, a good old-fashioned Dust2 duel would decide the victor. In the end, G2 came out on top, earning a spot in Lower Bracket Finals.

The matchup was G2 vs FaZe in a battle of aim. The maps would facilitate that narrative, being Dust2 and Mirage with Nuke as a tiebreaker. Once again, map picks were traded. FaZe took Dust2 after impressive performances out of Nikola “NiKo” Kovač and Helvijs “broky” Saukants.

G2 then fought back on Mirage with Nemanja “nexa” Isaković and Nemanja “hunter-“ Kovač leading the way with over 110 ADR each. Nuke was a much more controlled game. G2 showed to be better at adjusting to the different style of map, ending with a 16-11 victory. The Serbian duo had carried G2 across the finish line and earned a date with Astralis in Grand Finals.

Coming from the Upper Bracket, Astralis had already secured a one map advantage. G2 chose to remove Overpass, allowing Astralis to pick Nuke first. G2 then opted into Vertigo in an attempt to pick one of Astralis’ less practiced maps.

Since G2 had just bested FaZe on Nuke in Lower Bracket Finals, there was some hope that G2 could contest Astralis on the map. Unfortunately, that was not the case. Astralis came out swinging on their T side, pushing G2 to their breaking point. Even when G2 had advantages, they would disappear in an instant.

A 9-6 lead at the half led into a perfect CT side from Astralis. They completed a clean 7-0 half to close out Nuke 16-6.

Vertigo was the only thing standing in between Astralis and the championship. G2 wanted to at least put up a better fight on their own map pick. They wouldn’t even be granted that wish. Astralis chose CT side and absolutely destroyed the hopes of their opposition. Throughout the entire first half, G2 only managed to get two rounds. A 13-2 half by Astralis cemented the result in the minds of everyone. A short three round second half only put it to paper. The 16-2 stomping completed the insanely quick 3-0 for Astralis.

Astralis’ prize is $33,000, 1600 RMR points, and 500 ESL Pro Tour points. More importantly, they have struck fear into the hearts of every Counter-Strike team in the world. This absolutely dominant performance across all of Road to Rio shows that Astralis are in form and ready to make a run for the number one spot. DreamHack Masters Europe is up next. Astralis will surely be looking to take that event for themselves.