Astralis Goes For The Throne at Berlin Major 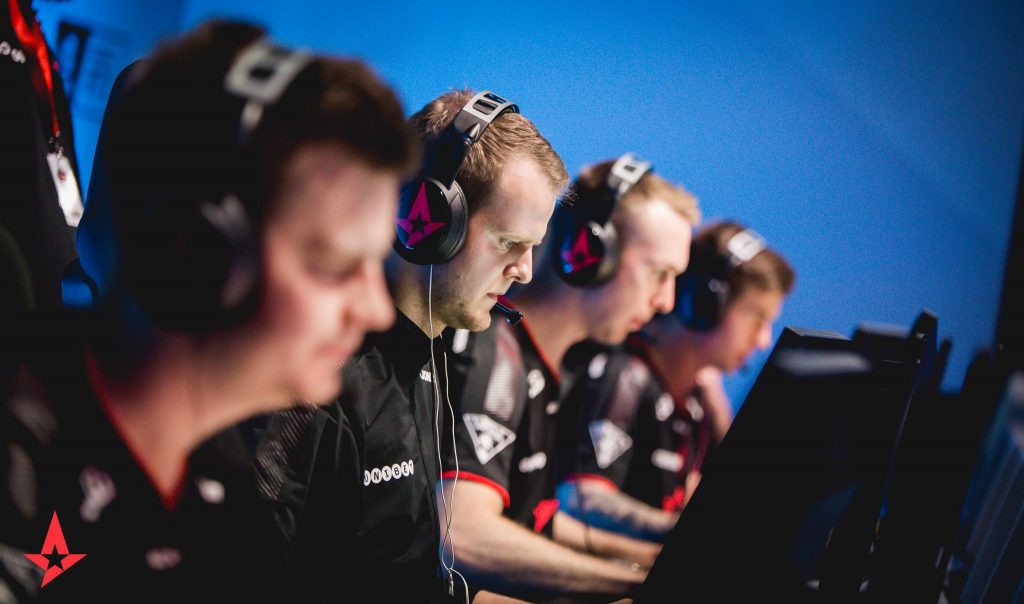 Will Astralis delight fans at the Berlin Major? (Image via Astralis)

Astralis had everything a professional Counter-Strike team could aspire for by the end of 2018: three Major championships under their belt, an Intel Grand Slam, and a pocket full of shattered records. All the while being the group was being recognized across the world. From being awarded the Esports Awards Team of the Year to even sitting down and playing a few games of CS:GO with the Prime Minister of Denmark – members of Astralis were at the absolute height of their careers.

Today, however, it seems as if the team has just about lost it all.

The upcoming Starladder Major comes at a decisive time in the context of Astralis’ storyline. Although the group has suffered a steep decline in form following the uprising of other challengers, a win in Berlin would most certainly catapult them back to the top. Alternatively, anything short of a title finish would push them further back into the shadows amidst other top performers.

The start of 2018 saw the departure of Markus “Kjaerbye” Kjærbye and the welcoming of Danish hopeful Emil “Magisk” Reif. It was a move that kickstarted arguably the most dominant era in Counter-Strike, ever.

Prior to Magisk, the team had the tools to become a top contender, as they were in 2016-2017 when the occupied the #1 HLTV rank for six months alongside their first Major win at ELEAGUE Atlanta. While the shocking and unexpected exit of Kjaerbye left analysts and fans thinking it was the beginning of the end for Astralis, they were just getting warmed up.

Beyond the victories, the accolades, the records that were being set, Astralis had ushered in an era of their own; the Danes introduced a completely fresh style of Counter-Strike – one that only they had the schematics for. By this time, Lukas “gla1ve” Rossander was already regarded as a masterly in-game leader, piloting a new approach to CS:GO with game-changing utility usage at the cornerstone. By the end of 2018, Astralis was better than good – they were utterly unstoppable.

The first event of the new year rang in with a surprising defeat dealt by Team Liquid at iBUYPOWER Masters IV—though, a flurry of staging and security concerns at the tournament dismissed the quality of this loss. A month and change later, Astralis buried any doubt they were anything short of absolute prizewinners with a convincing win at the IEM Katowice Major, making light work of ENCE in the grand finals and instilling the routine fear they had on the professional circuit.

We're revisiting our greatest memories from the past Majors, as we are getting ready for the #BerlinMajor

As it was often highlighted by the media, many of the Astralis members credited their success to the ample rest time in between tournaments to avoid burnout; It was a simple concept and one that had seemed to be working extraordinarily well for the Danes. Despite being a crux in their proliferation, the time off would come to be the catalyst in their downfall. It still remains somewhat of a mystery as to why Astralis would be absent from key events such as DreamHack Dallas Masters, IEM Sydney, and IEM Chicago – all of which would count towards the Intel Grand Slam Season 2. More importantly, as the Danes rested, other hungry units would quickly surpass them; Team Liquid, Vitality, ENCE and even FURIA had bested Astralis in the last several months, leaving a lot of people scratching their heads as to why the Danes would seemingly let themselves slip out from the upper echelon of performers.

The Battle for Berlin

While the core of Major championship winners remains the same, they’ve fallen behind in the context of other great Counter-Strike teams. Still, it’d be unwise to dismiss them completely in Berlin.

One of the things which made Astralis such a formidable team was their resilience. In the wake of heavy pressure or even pure disaster, the Danes would display a concrete form of tranquility throughout, allowing them to change the tides in a match at their own discretion. From the start of Astralis’ reign, it was clear the team had a championship mentality that would take them to new heights, and it most certainly did.

The cast in Berlin is deep, as you’d expect from a Major. Many of the teams Astralis has struggled with in the last four months will be present, each just as hungry as the next for the gold in Germany. Arguably the biggest hurdle for Astralis will be adapting to the elevated level of Counter-Strike at hand where teams like Liquid and Vitality have spent lengthy periods of time pushing the boundaries of the game’s competitive meta; having been out of the picture for so long, it will be toilsome for the Danes to resume their leading status – especially in the midst of a Major.

On the other hand, this is a very important tournament for Astralis, and they are most definitely aware of that. As mentioned, taking home silverware at the Starladder Major would thwart any doubt of this team’s ability and bring them back into the conversation of top contenders of the Counter-Strike world. We’re going to go out on a limb and say the band has done their due diligence in preparing for Berlin, and with the right mindset, this may very well be the first step towards reclaiming their throne.

The Berlin Major will bring forth one of two key narratives: the ascension of Astralis back into the forefront of the space or their self-brought collapse and the knighting of Counter-Strike’s next true titan.