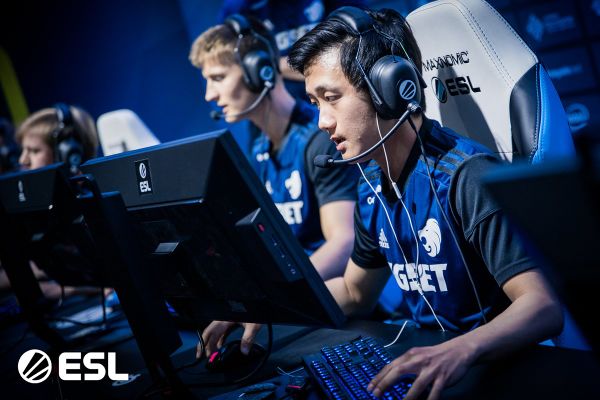 Astralis has completed the signing of Jakob "JUGi" Hansen, who will join the team as their seventh player. (Photo courtesy ESL)

Danish organization Astralis has extended its Counter-Strike: Global Offensive roster to seven by completing the signing of Jakob “JUGi” Hansen.

The 23-year old Dane will return to action under the star-studded Astralis banner after several months of inactivity. JUGi will join Astralis on a free transfer after he was ousted from North for Mathias “MSL” Lauridsen as the team’s primary AWPer.

The former North AWPer will be the seventh member of the Astralis roster following the May signing of Patrick “es3tag” Hansen from Heroic. Although, JUGi will be in rotation sooner than es3tag, who is awaiting expiration of his Heroic contract, which terminates in late-July.

According to a release, JUGi has already participated in a practice session with his new team. Danny “zonic” Sørensen commented on JUGi’s role in the team, saying he will be purposed to “contribute to the team’s overall performance.”

“We know JUGi well and we know how well he performs when he’s at his best. He has already proven his talent and potential when he worked in the office next to ours, and it’s all about getting him back to that level on a consistent basis – and to contribute to the team’s overall performance,” Zonic said. “Our goal is to constantly improve and we will always enter a tournament with the aim to win it. Our ambitions remain the same, short and long term.”

JUGi has competed in and around the top level of competitive Counter-Strike for a number of years. He’s played successful roles at the North and Heroic camps, but is likely most well known for a two-year tenure with OpTic Gaming where his capabilities truly began to shine. While the Danish AWP tactician has orbited tier-one Counter-Strike for a while, his indoctrinating into Astralis will be a big skill leap onto the international stage. Despite a sizable gap in competition, JUGi expressed his excitement and eagerness to be apart of the team, saying:

“It feels like coming home. To be honest, I was really nervous, but the second I stepped into the office, everything felt just right. The group has grown a lot, but I know most of the guys around the team, I know the culture and I know what is expected of me – on and off the server,” JUGi said. “It might take some time to adjust to the way we play. The playbook in Astralis probably has more pages than any other out there, but I’ve been practicing with the guys already and it feels really good. I can’t wait to get on the server and show everybody how I feel about joining the team.”

Little has been revealed about how Astralis will look to incorporate its reserve players in tournaments and events. Although, it’s believed JUGi could make his debut for Astralis as early as next week at DreamHack Masters Spring.