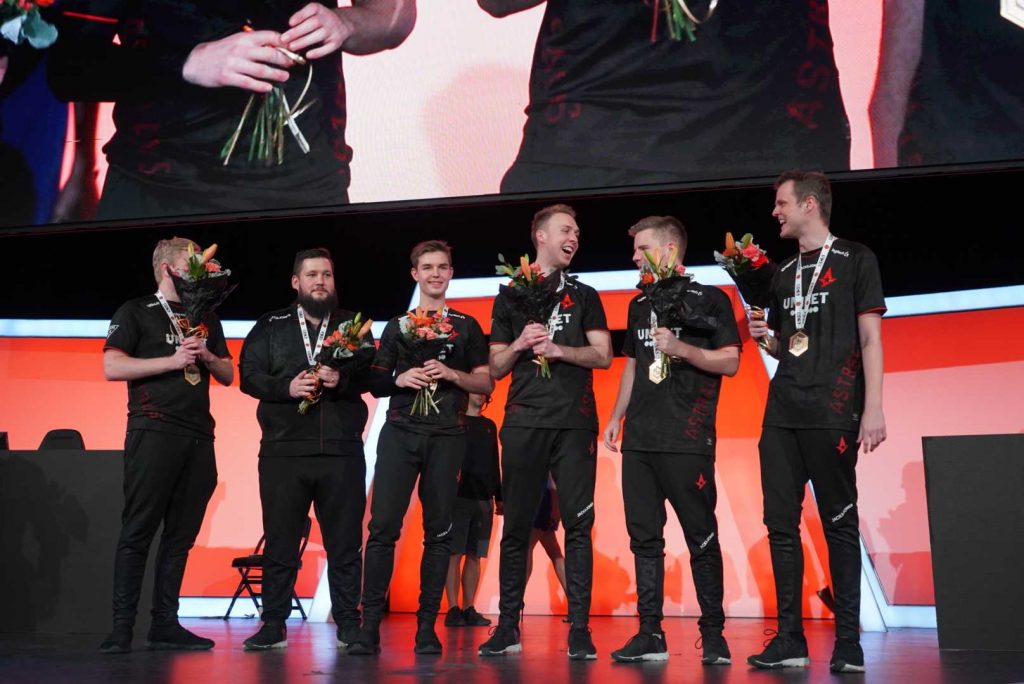 With the ECS Season 8 victory, Astralis has now won four of their last five tournaments (Photo via Astralis)

The ECS Season 8 Finals have concluded. Of the eight teams who arrived in Arlington, Astralis has proven themselves to be the best of them all.

The four-day tournament went well for the Danish squad from start to finish. During the group stage, Astralis earned first seed from Group B after wins against Sharks Esports and Fnatic. While Astralis were challenged on two of the three maps, they held their ground for the clean sweep.

In semifinals, Astralis found themselves up against Evil Geniuses. On EG’s map pick of Inferno, Astralis took over early. A 9-6 lead from their T side allowed for an easy map one closeout. However, their own map pick also took an unexpected turn. Evil Geniuses shut Astralis’s offense down entirely, tying up the series. The tiebreaker was Overpass, but it would be the least tense game of the set. Astralis dominated the map from start to finish, advancing to Grand Finals after a 16-6 scoreline.

Once there, Astralis met the other top tier North American roster in Team Liquid. Right off the bat, Liquid threw a curveball by picking Vertigo as their map. Once on it, both teams had issues on their T sides. After mirrored 11-4 halves, overtime ensued. All of a sudden, Liquid figured out how to break Astralis’s defense and claimed the first map.

With their backs against the wall, Astralis went to their trusty Nuke pick. Despite having rough games against Sharks and EG earlier this weekend, Astralis’s Nuke prowess came through in the clutch. They were able to completely shut down Liquid’s attack, only allowing a single bomb plant. Both teams were now on tournament point.

Dust II would be the final battleground. Astralis started out on the T side and flew out of the gate. With an unstoppable attack, Astralis took a whopping 12-3 lead in the first half. Liquid started to get going on their own T side with five rounds straight, but the deficit was too deep. Astralis would close out the map 16-8, taking the ECS Season 8 title.

Nicolai “dev1ce” Reedtz earned MVP honors for his phenomenal performance. On Dust II, dev1ce recorded a 29-12 Kill/Death ratio, 122 average damage per round, and an HLTV rating of 1.89.

🇩🇰 @dev1ce was the MVP in EVERY ECS Season that @astralisgg won 🏆 pic.twitter.com/NbD5M8CRwU

From here Astralis fly to Odense, Denmark for the ESL Pro League Finals. The schedule for the end of the year is incredibly tight, with many top teams attending multiple high-level events. The ECS Finals is just the beginning of the end of 2019 for Astralis. The Counter-Strike world has their eyes on Astralis to see how high they can fly.