Astralis Back to Winning Ways After IEM Beijing Victory 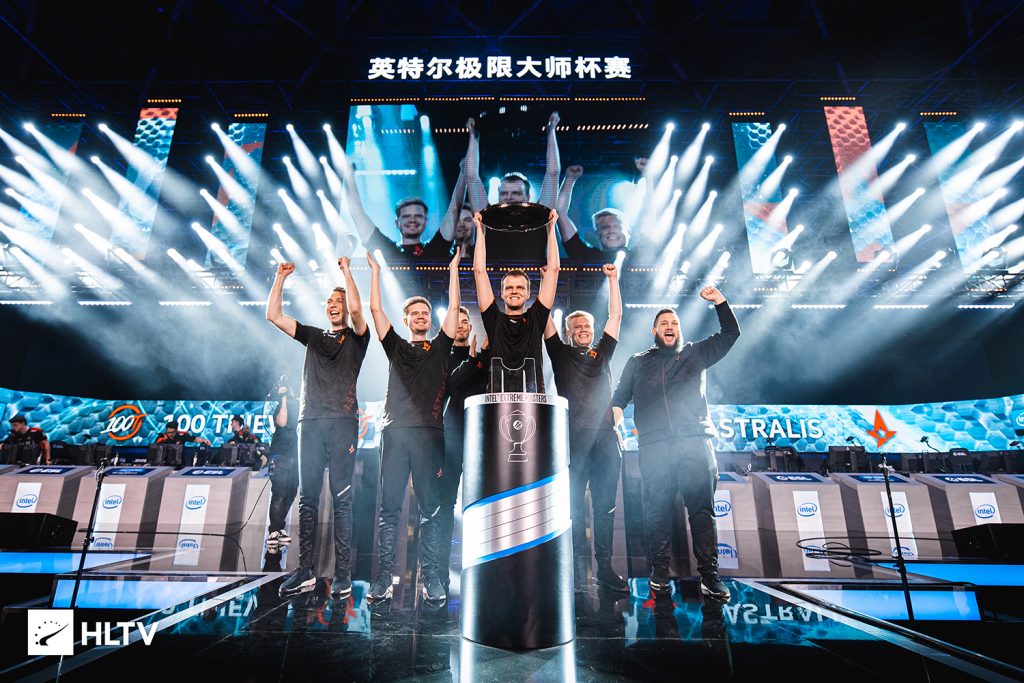 Danish organization Astralis continued its dominance of the Counter-Strike: Global Offensive pro circuit as they trounced 100 Thieves on their way to an IEM Beijing title.

Astralis crusaded through the tournament on Chinese soil in a dream performance that saw them cross the finish line into the winners circle without dropping a single map. The win in Beijing marked the fourth international LAN victory for the Danes, earning them a stripe towards the Intel Grand Slam Season 3 and the first place share of $125,000.

The stage was set for an appetizing grand final rematch between the Aussies and the Danes; the two clashed initially in the group stage, ending in a convincing win in favor of Astralis.

When it came to hash it out on the center stage, 100 Thieves opted to play Vertigo as the first map, unsurprisingly resulting in Astralis picking Nuke, with Dust II and Inferno to round out the best-of-five series. 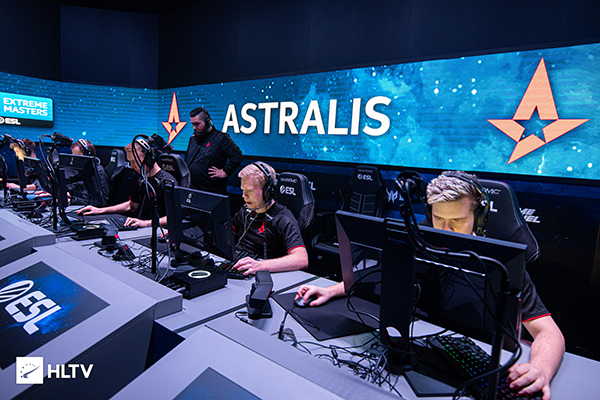 The sleek teamwork of Nicolai “dev1ce” Reedtz and Lukas “gla1ve” Rossander opened Vertigo up to win them the pistol in an unfavorable round. The two demonstrated a level of mastery of the skyscraper map, leading to a clash of great strategies; although, the match was a true dogfight, resulting in a scrappy, back-and-forth affair between the two CS titans.

The Aussies would net seven rounds in the first half on T-side while the Danes led with eight transitioning onto the other side. A nail-biting 14-14 scoreline was all that separated the two on the first map as the match came to a close; Astralis, with enough money in the bank, were able to leverage their savings into winning the last two rounds, taking Vertigo, 16-14.

Mentioning Astralis and Nuke in the same sentence is frightening enough to send shivers down the spine of the most hardened CS players, and unfortunately for 100 Thieves, this was the fate they drew for the second map. Between 2018 and 2019, Astralis had set the record for most consecutive LAN victories on Nuke with 31 wins, ending at the hands of ENCE at BLAST Pro Series Madrid – needless to say, going up against the Danes on this territory is a seemingly uphill battle.

The match was a straightforward showing, Astralis T-side looked sharp and practiced, earning them eleven rounds in the first half. While Justin “jks” Savage and company had rallied back for a few rounds, a comeback never came to life, ending in a 16-5 scoreline.

The clutch minister lives up to his title 🙏@Xyp9x quickly wins the 1v2 #IEM https://t.co/JCaCtOvQYi pic.twitter.com/X6y5JiAkDK

Under the Renegades banner, the Aussie were a strong contender entering the third map on Train; an incredibly tactical map itself, they would still have their work cut out for them going against the global leaders. Astralis came out swinging on the CT-side, breaking the only three post-plan setups 100 Thieves could put together. Matters were bleak at the interval as Astralis led 12-3 on series point, crossing over onto their peerless Train T-side. Astralis closed out Train in professional fashion, taking the four rounds needed in succession to overtake 100 Thieves on Train 16-3, and lift the IEM Beijing trophy above their heads.

Though 100 Thieves’ debut performance was praiseworthy, the real storyline to take away from IEM Beijing is the possibility of Astralis returning to their unstoppable 2018 form. Consistency issues have dampened the true impact of the superteam through the season, but at IEM Beijing, it was business as usual for Astralis.

THEY'VE DONE IT. THE DOMINANT DANES ARE BACK! 🇩🇰 @astralisgg#IEMhttps://t.co/JCaCtOvQYi pic.twitter.com/N3ujk3Q2VQ 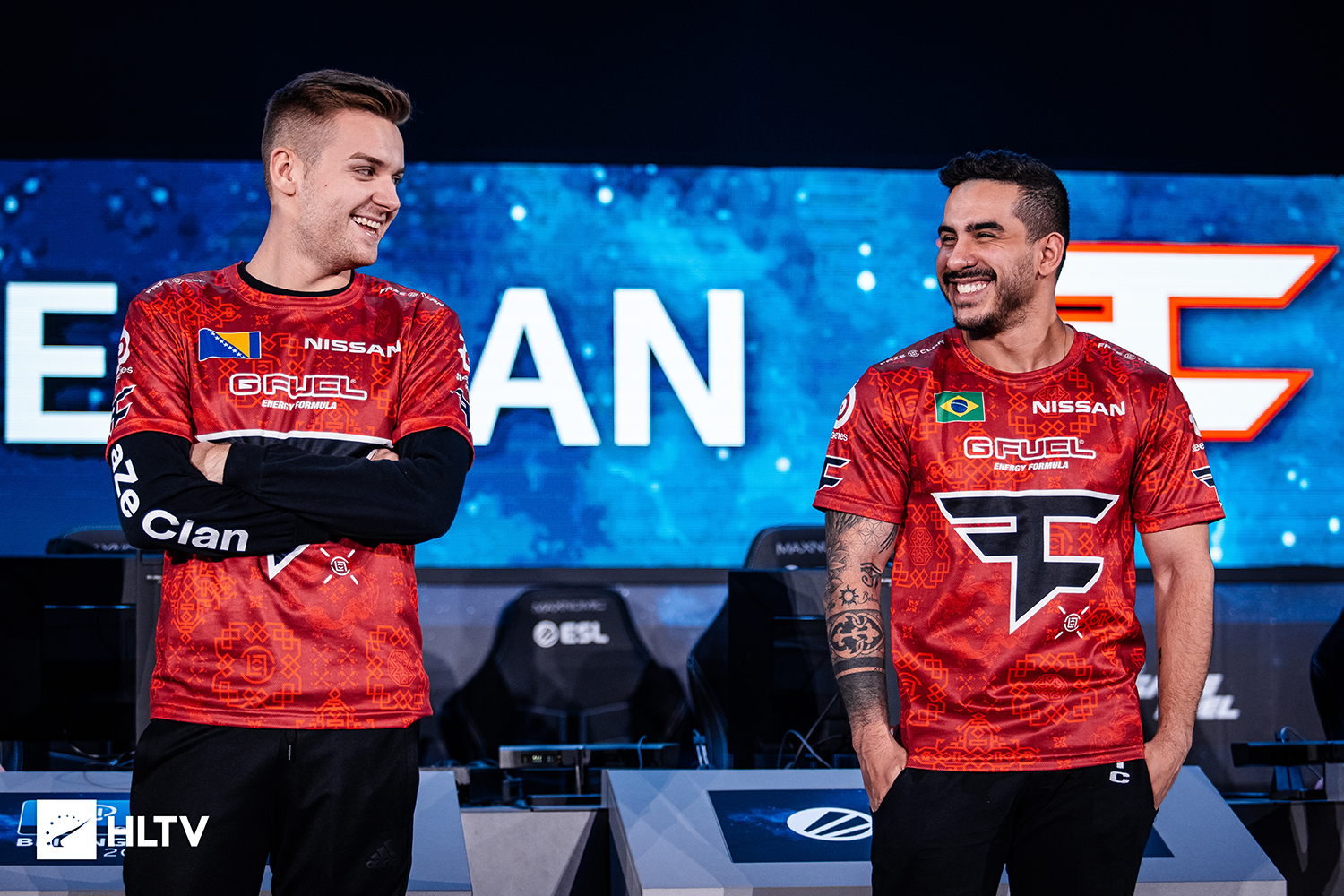 Though not the ideal ending, FaZe Clan seems to have found their groove in Beijing (Photo via HLTV)

It’s been a tough year for FaZe Clan fans around the world as the team struggled with identity and performance issues. In Beijing however, FaZe saw a fierce resurgence, coming to life in ways we haven’t seen from the squad in quite a while. The MIBR star transfer Marcelo “coldzera” David had finally started to see some success in the server alongside his new team, as well. So although FaZe might’ve gotten utterly stomped on in the playoffs against Astralis only winning two rounds in their best-of-three (ouch), the showing in Beijing could spell out a brighter outlook for them at their next event.