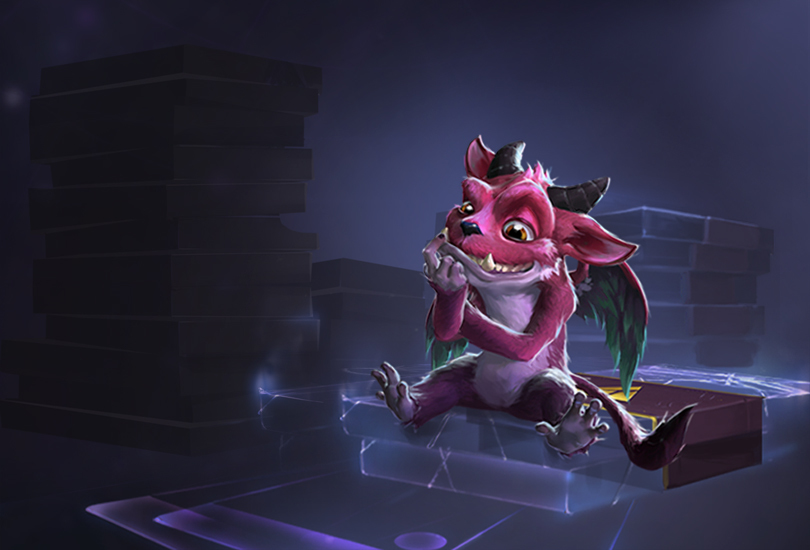 We've seen professionals and streamers playing Artifact but what about the average player of the game? Here is our first impressions of Valve's new game.

Thanks to the NDA being lifted at the start of last weekend, we’ve seen the professionals playing. We’ve seen streamers and testers playing. But now, finally, some average players have gotten their hands on the game to get a sense of what it’s all about.

Now, I should be upfront and explain that a) I was very excited about the release of Artifact and b) I have had some very casual experience with both Magic the Gathering and Hearthstone. I’m certainly not an expert, but I’m not entirely unfamiliar with card game mechanics either.

My initial impression? Artifact is a really engaging game. It demands your attention, it has a learning curve and it’s also a lot of fun.

Artifact is commonly described as complicated, but I think it’s complicated primarily because it’s unfamiliar to us and because it requires focus. I’ve found leaping into a game of Magic the Gathering or Hearthstone just as complex because there are so many layers of mechanics involved due to the years those games have had to evolve. At least with Artifact, right now, we’re all starting with the same basic package. I have no doubt the game will grow from here.

Artifact does a solid job of onboarding new players. There are two tutorial games to play before you have access to the in-game menus. You play versus bots with lots of pop-ups and indicators insisting you click here to see what information will be displayed. Your hand is held, but you’re still free to make good and bad choices about gameplay. Even though I’d watched a couple hours of streams before I played, it was still nice to be eased into the game. Playing is a different experience from watching the game because it requires really engaging with and understanding all the different bits and bobs.

Once you’ve finished the tutorial, you’re given access to open your packs. Each purchase (or beta key) comes with ten boosters as well as the two basic decks that Valve has preconstructed for us. I opened my packs right away, but if you’re interested in the Keeper Draft mode which requires you to provide five packs, and lets you keep all your drafted cards, you’ll want to hang onto yours. Note that I don’t recommend starting with that game mode, simply because drafting is overwhelming when you’re not familiar with any of the cards yet.

I enjoyed opening the packs and listening to voice lines. If you’re into lore, there’s a ton of material in this game to piece together. The entire game is beautiful and sounds gorgeous. The soundtrack is evocative and in line with the Dota 2 theme.

The only real issue I have with the game’s sound is that I found the sound effect for trying to play a card when it isn’t your turn—a sort of “meep moop” noise—rather grating after a while. It’s possible I got a little impatient with a few slower players (who would then beat me rather painfully, so…karma, I guess).

Having opened all my packs, I didn’t have a good way to judge whether I got great cards or not-so-great ones. I got a few duplicates to the basic cards we start with, but I also got some that I’d seen used to good effect in the Beyond the Summit House Party over the weekend. I decided I was happy enough with the set.

Buying additional packs can get expensive quickly. They’re $2.00 (USD) per booster of ten cards. You’re guaranteed one hero and one rare card per pack. Rarity refers to how often a specific card shows up in a pack; they can be either common, uncommon or rare. Unfortunately, there’s no deal on buying multiple packs at a time. I might be convinced to pick up a stack of them at once if that were the case.

Once the game is live, there’s supposed to be a way to buy and sell individual cards, so it may be cheaper to fill in some gaps (perhaps not of rare cards) that way. It remains to be seen how that will work, but Valve’s been very open about wanting to keep the cost low.

Once I had all my cards in digital hand, I set about making a constructed deck, focusing mainly on green and black cards as I seemed to get the most uncommons and rares in those two colors. There’s also blue and red, and you can only play these in a lane when a hero of the same color is on the board in that lane. The different colors also reference their basic abilities.

Once I’d committed to a color scheme, I was a little overwhelmed trying to figure out interactions and combinations that might be especially effective. Figuring out the balance between creeps, improvements and spells seems tricky, and something I quickly decided would come with a deeper understanding of the game.

I tested out my deck in a bot game. You could go straight into solo play, and if you have friends to play against, that might be a fun option for testing the strength of your deck. No one I knew was available to play though, so to the bots I turned!

It didn’t take long for me to realize my green-black deck had some pretty serious mistakes. For example, I put more of my green heroes on the board in the flop (first) round, but more of my low mana cost cards were black. This made it unlikely I’d get to play any cards in the first round—not necessarily crucial, but I wanted to have that option.

I’m not sure how smart the AI is in the game, and I also am not sure how strong the preconstructed decks I chose for the AI to use are. But this seems like a really good way to get a feel for the game without the pressure of a timer. When you play versus other people, you’re on the clock, which makes learning the game a bit more difficult. I strongly advise playing a bot game or two before trying one of the numerous other modes.

There are loads of options for players looking for a game to play. There’s social play, in which you play a single game versus a friend or in tournaments created by friends. There’s also a global matchmaking option to play a single game with a preconstructed deck (either of your own design or one of the two that Valve provided).

Then there are a couple different kinds of gauntlets. These basically have you playing until you either win five games or lose two. They can be of two types: either you use a preconstructed deck or you draft a deck for the gauntlet. If you pay an event ticket (or two event tickets and five decks for the Keeper Draft, which lets you keep all your drafted cards), you can play for prizes. Three wins will earn you an event ticket back, four will give you a ticket and a pack, and five gives you two packs and a ticket.

Artifact also currently gives players access to the “Call to Arms” Featured Event. In this event, players choose from five preconstructed decks. You then play with it until you lose a game (yes, you can take breaks between games). The game tracks your current win streak and your best completed one.

I liked this mode because I got a chance to get familiar with the deck I’d chosen, which had cards that I hadn’t seen before. I also started to get a feel for what the other colors of cards were capable of, and how to address those strengths.

The Call to Arms event is only available until December 14. There’ve been several indications from Valve that there are additional modes in the works, so it should be interesting to see what swaps into the Featured Event space next (and how often we get a new Featured Event!).

For newer players, such as myself, learning how to make good decisions about which lanes to try to win, which to give away and when to stall will be part of the learning curve. You need to either win two lanes or win one lane twice (taking the 40-hit-point Tower and then the 80-hit-point Ancient) before your opponent does the same. Because initial hero and all melee creep deployments are random, you need to be flexible in your thinking, taking advantage of opportunities as they arise. At the same time, you cannot invest all your resources in a single lane or the other two will quickly get out of hand. Some amount of damage control is (usually) necessary.

The other big learning curve is around card familiarity. Having a sense of what possibilities are out there so you can anticipate your opponent’s potential moves will be very beneficial. A lack of card knowledge hampers the drafting mode because when you’re new, it’s hard to tell which cards are strong. Having the context of a few (dozen…hundred?) games to draw on really makes a difference.

I think adaptability and flexibility in strategy are also going to be important for competitive success. Drafting seems to be the most popular game mode. You don’t want to be locked into a color preference for your deck, because when you draft, you may get terrible cards for the color/s you prefer, and great ones for the rest.

I appreciated that there are lots of ways to get information from the board. You can hover over icons to get a breakdown of why a unit has so much attack or to understand what the little picture on the creep means. This was important when there was a lot of buffs and debuffs on heroes and creeps. I wanted all the information available to make decisions about which, if any, to clear out.

Artifact is not a casual game. It’s not a game that you can load up and play while doing something else at the same time. You don’t want to miss any of the details. Some cards can be played across lanes, so even if it looks like the other player hasn’t done much with their turn, they could have easily changed the game state while your attention wandered!

I haven’t gotten enough play time in yet to make claims about broken mechanics or amazing strategies. But I can say that with the many different modes and the variety of cards as well as strategies to try, the game feels fresh every time I play a match.

If you enjoy strategy or card games, I think this one is worth your $20 (USD). Artifact releases on Steam on November 28, 2018.