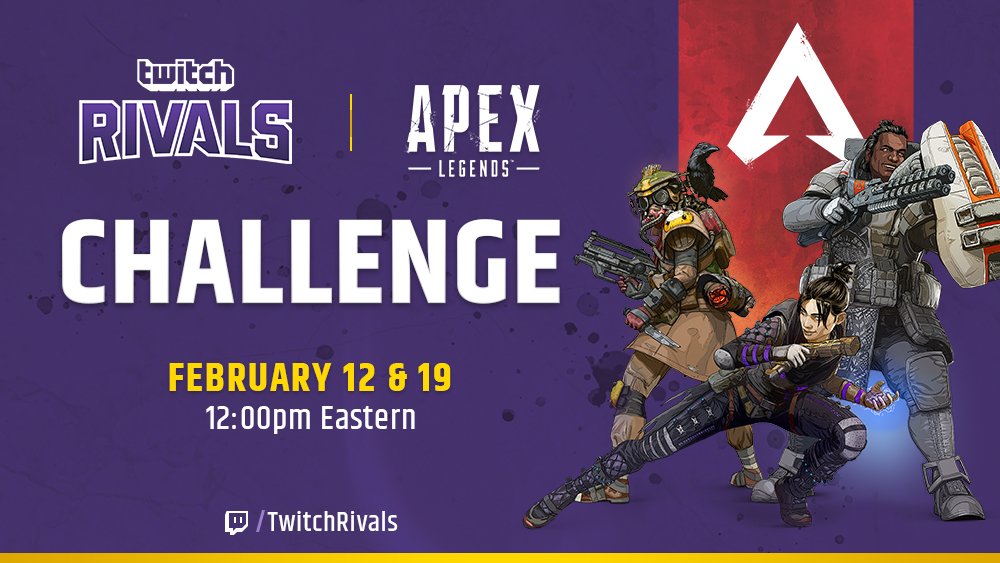 Apex Legends and Twitch Rivals will pit 48 of the most well-known streamers against one another to battle it out for $200,000 in prizes.

Twitch has announced a partnership with Respawn Entertainment for the Twitch Rivals Apex Legends Challenge. The tournament will see 48 of the most well-known streamers battle it out for $200,000 in prizes.

The tournament will be split between Europe and North America, with $100,000 available in prize money to the streamers from each region. The event will not follow a traditional esports structure. Instead of the teams competing against one another, they will all queue separately and compete against random players in an attempt to earn kills and wins.

While not all participating streamers have been announced yet, the following big names will be competing:

You can watch the event on https://www.twitch.tv/twitchrivals or head directly to the channel of any streamer who’s competing in the event.