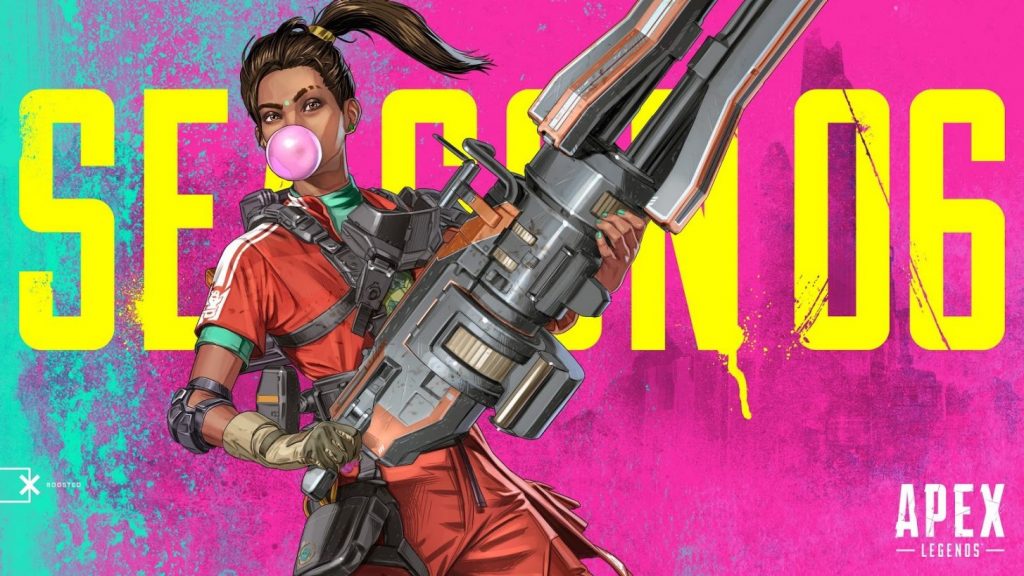 Apex Legends players have a lot to look forward to in Season 6: Boosted. The new season adds a new crafting system, several new areas to explore, and an overhaul to the armor system.

In Season 6 – Boosted, new Legend Rampart has arrived to upgrade the competition. Unearth a new way to grab better gear with the all-new Crafting system. Get amped for the new Volt energy SMG, and more!

A few areas in World’s Edge have been changed to allow smoother gameplay and add a fresh environment to the iconic map. Players can now craft various items ranging from weapons to equipment at Replicators around the map and no longer have to rely on ground loot.

All armor in Apex Legends is now Evo Armor, which means players can earn powerful armor by fighting enemies. Several Legends will receive an update in season 6, and Rampart is finally making her debut. 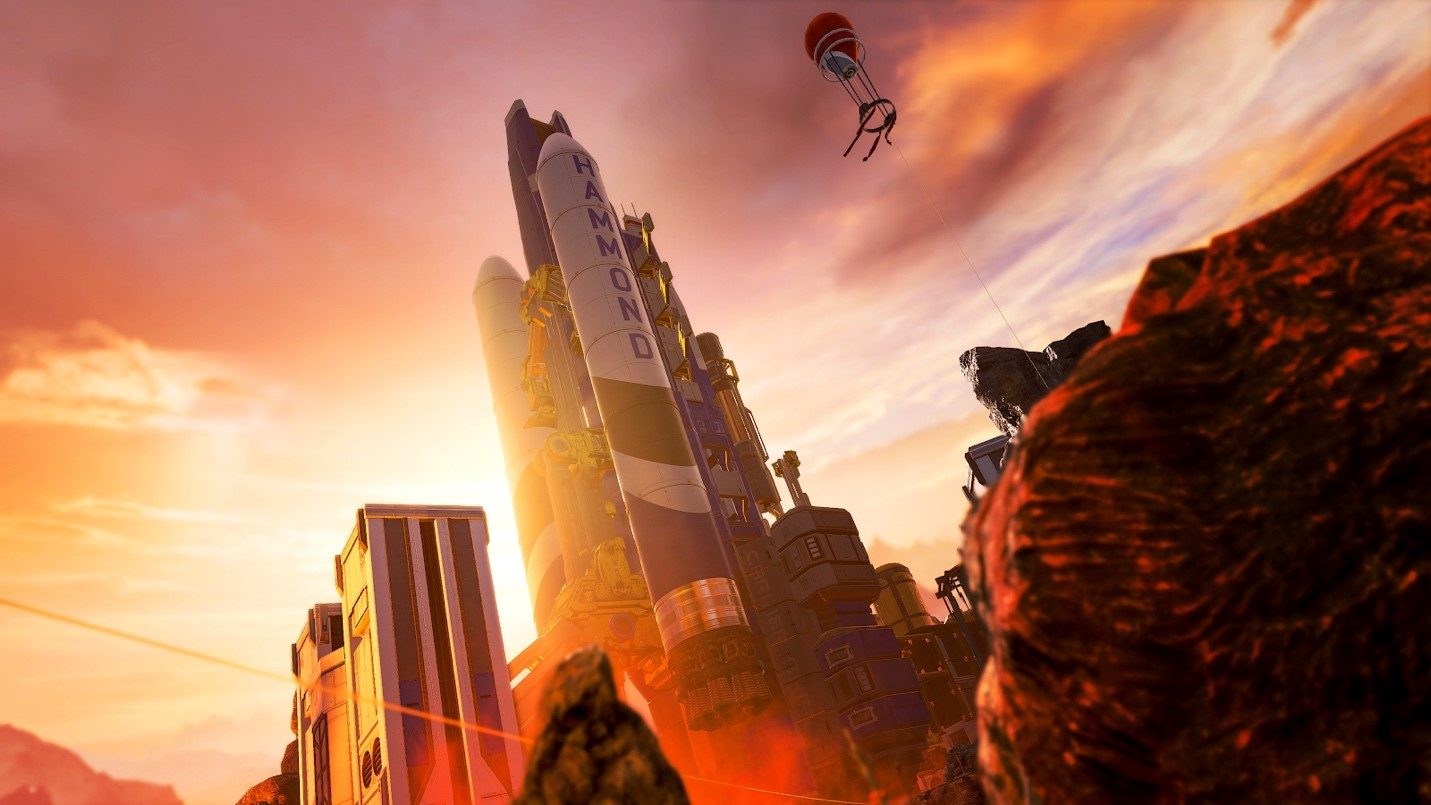 The World’s Edge map in Apex Legends is receiving significant updates in season 6. Design Director Jason McCord explained in a recent blog post that the changes are meant to improve the flow of gameplay across the map, eliminate any pain points that the community has identified, and add a sense of “newness” to the game.

A new point of interest called The Launch Site can be found west of The Dome. This area was previously an empty lava field that is now the home of a large rocketship that is above the new location. There are four control rooms players can explore to find loot during the early game before moving on to other areas of the map.

A new path leading towards Sorting Factory from the Launch Facility also provides more opportunity for players to rotate from The Dome. Players can also slide down the hill towards Sorting and use a new geyser to get quickly get over the ridge. Another new geyser has appeared near Lava Fissure, which makes moving around the area smoother.

Drill Site has been replaced with a new location called Countdown. This area features three Blast Walls that players can activate to help defend the area from Skyhook, Lava Fissure, and Train Yard. There is a large pit in the center of the Countdown area where players can find loot, but it is exposed on all sides, making it a risky area.

Staging is another new area that has replaced a small town that sits below the train tracks on the eastern side of Harvester. The new area allows for more vertical gameplay as players are no longer in a low pit beneath the tracks. New rising walls enable players to reach the train tracks where they can use new train cars as protection from enemies. The nearby Mirage Voyage has also been removed from World’s Edge, but the iconic location may return in the future.

Each of the new areas features Blast Walls, a brand new mechanic that adds variety to the World’s Edge map. Players can activate the walls by using various panels in each location, which causes the walls to rise. The walls permanently fortify the position and block the pathway for other teams.

There are alternate routes around the walls, and players with vertical abilities can easily maneuver over the Blast Walls.

A new pathway between Survey Camp and Skyhook allows players to cut through the cliffside and rotate between these locations easier. This change will make landing at Survey Camp more viable.

Several other small changes will a breath of fresh air to World’s Edge. The train no longer traverses the map and is dismantled on various parts of the track. The train tunnels now feature train cars and other objects players can use for cover, and small amounts of loot can now be found in these areas.

A new weapon and Legend have arrived 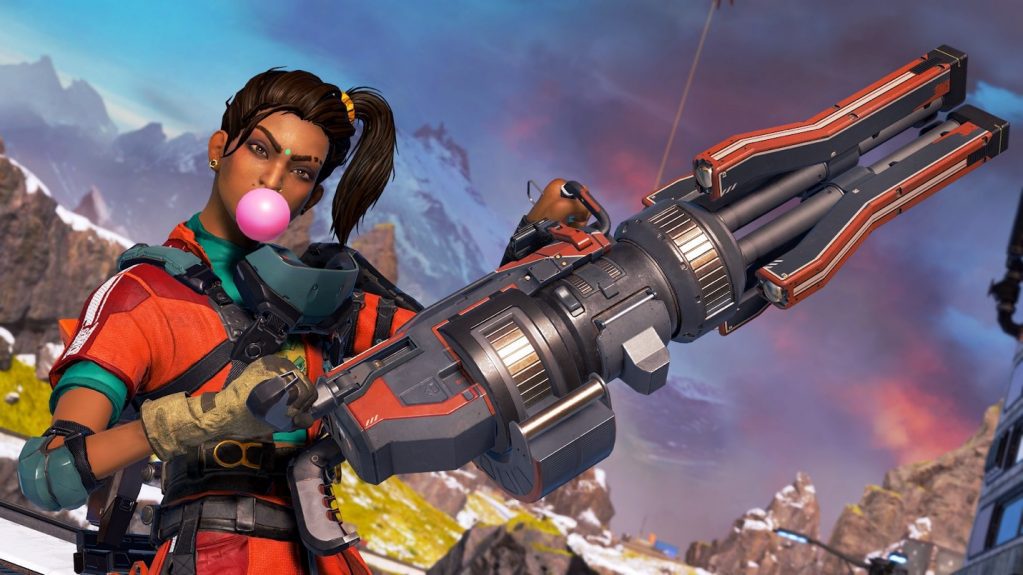 Rampart is the latest character introduced in Apex Legends and provides solid defense for her team. Her passive ability, called Amped Cover, allows players to create a crouch-cover wall that is perfect in a pinch. The top part of the wall also boosts damage on outgoing shots, which is a huge benefit in gunfights.

Rampart’s passive ability, called Modded Loader, increases magazine size and heat capacity on LMGs. Her Ultimate allows players to use Shiela, Rampart’s minigun, as a stationary turret. This powerful weapon deals massive damage but has a long reload time and can be used by enemies.

The long-rumored Volt SMG will finally appear in Season 6. The first energy-based SMG delivers substantial damage quickly and can easily take out an entire team in the right hands. 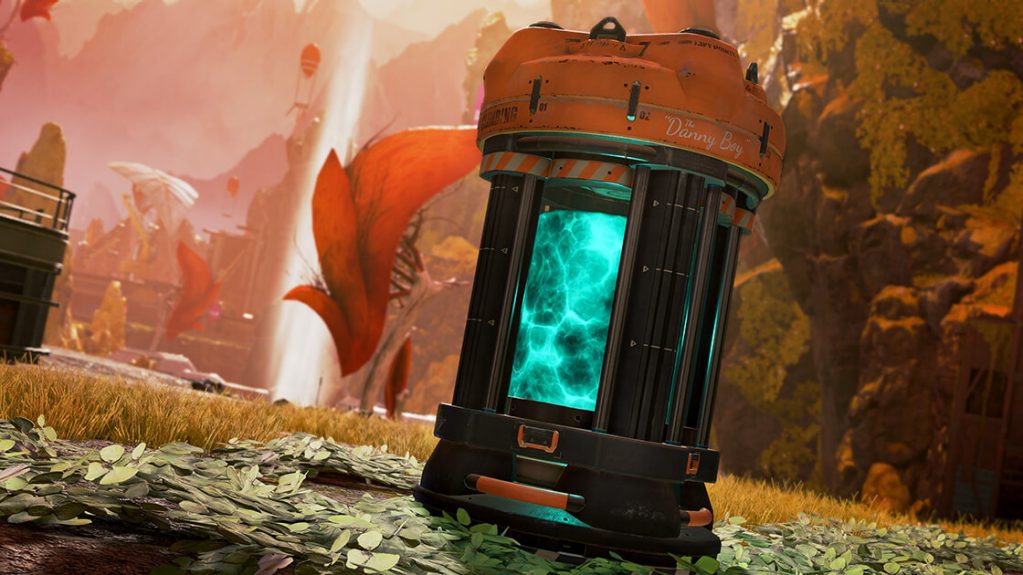 Apex Season 6 also introduces a new Crafting mechanic designed to help defensive players or those with bad luck at the beginning of matches. Materials will appear around the map that allows players to craft various items to help them stay competitive against aggressive players.

Players will receive a small number of Materials when opening Loot bins and can also extract Materials at different locations around the map. These locations change every map, which adds variety and prevents players from camping in these areas.

Materials can be taken to Replicators, which create various loot items such as consumables, weapons, and equipment.

High-tier equipment or consumables will rotate weekly in Replicators. These expensive items could be high-level helmets or backpacks, or other useful items like Mobile Respawn Beacons.

Weapons and attachments featured in Replicators will rotate daily. The attachments will always be compatible with the weapon of the day and can be used on other weapons. Weapons from every category will be on rotation. The guns on rotation in Replicators will not spawn as ground loot, so if your favorite gun is only available through Crafting, you will have to scrounge for the Materials.

Some items such as Ammo and Medkits will always be craftable in Replicators, allowing players to have access to these essential items continually.

Players can also deposit their Evo Armor into Replicators to reduce the number of points to reach the next tier. The improved armor must be picked up from the Replicator, which means players will be vulnerable for a brief period. The Replicator does restore the armor to full health, however, so there is a reward for this risky process.

The new Crafting mechanic will cause players to use a new strategy almost every map if they prefer this style of gameplay. The areas where large amounts of Materials and Replicators can be found changes every match, so players will need to learn rotations in every part of the map.

Replicators will also be airdropped into the map towards the mid and late game to provide an opportunity for Crafting or gaining access to weapons only available through the new system. 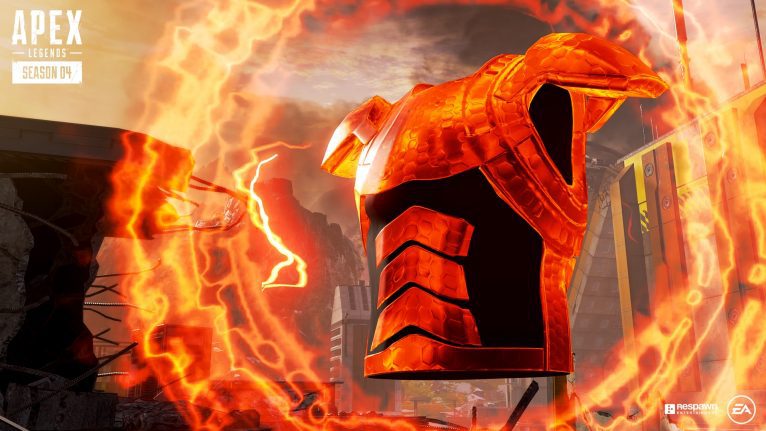 Armor in Apex Legends is receiving one of the most significant updates in season 6. All armor is now Evo Armor, which means it can be upgraded as players deal damage to enemies. Armor on the ground is pre-leveled to its respective color, and players spawn in with 0 level armor.

Players could potentially level their starting armor to Red if they do enough damage to other players. Red armor cannot be found as ground loot, and Gold Armor is not part of the Evo Armor track.

All armor will be reduced by 25 health when season 6 drops. This means that Purple and Gold Armor get players to 175 health and 200 health, respectively. Red Armor also gets players to 200 health, and 225 health can no longer be achieved. This is meant to lower the time to kill and to force players to focus more on positioning.

The significant change to the armor meta should help players find, craft, upgrade armor instead of relying solely on ground loot and create an emphasis on positioning rather than items.

Other Updates and Changes

The Recon Legend Class received several updates to make them a more viable choice and to balance each character. All Recon Legends can now use Survey Beacons to see the next ring location. Pathfinder’s Zipline Gun’s cooldown time is reduced each time he uses a Survey Beacon to give him a slight buff until his Ultimate Ability is adjusted.

Several other Legends, weapons, and items will also be updated when Apex Season 6 starts on August 17th at 10 p.m. PDT. A full list of updates can be found in the official patch notes.