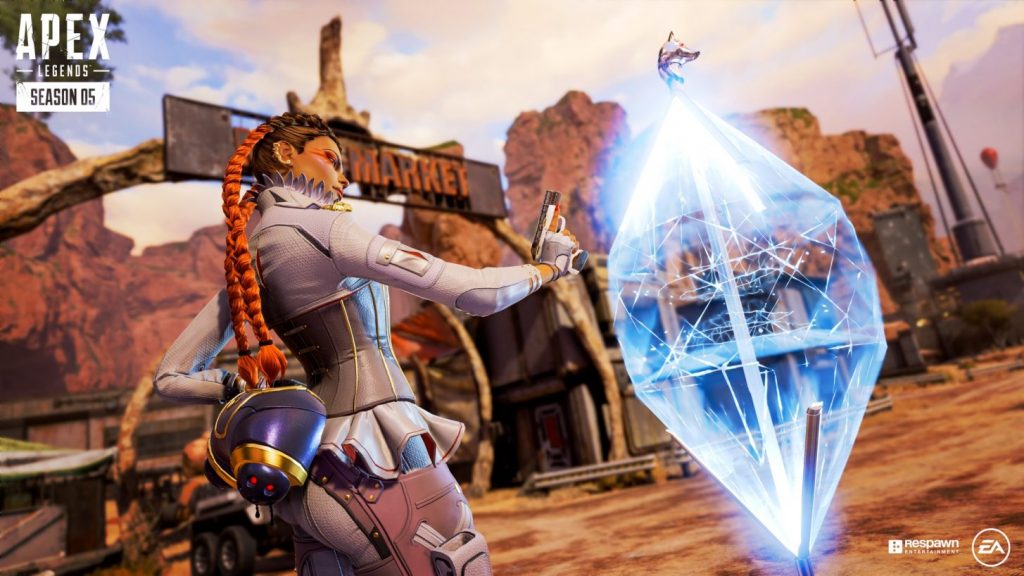 Apex Legends Season 5 is upon us and that means a brand new legend. The new season is called Fortune’s Favor and the new addition to the cast is Loba, a “high society thief”, bringing the total number of playable legends up to 13. Mirage has also been reworked.

Elsewhere key locations in Kings Canyon such as Skulltown have been replaced and new addition Charge Towers have been added. On top of that, Season 5 welcomes weapon and legend buffs and nerfs, new skins and a feature we’ve been waiting a long time for, the ability to reconnect to a match! 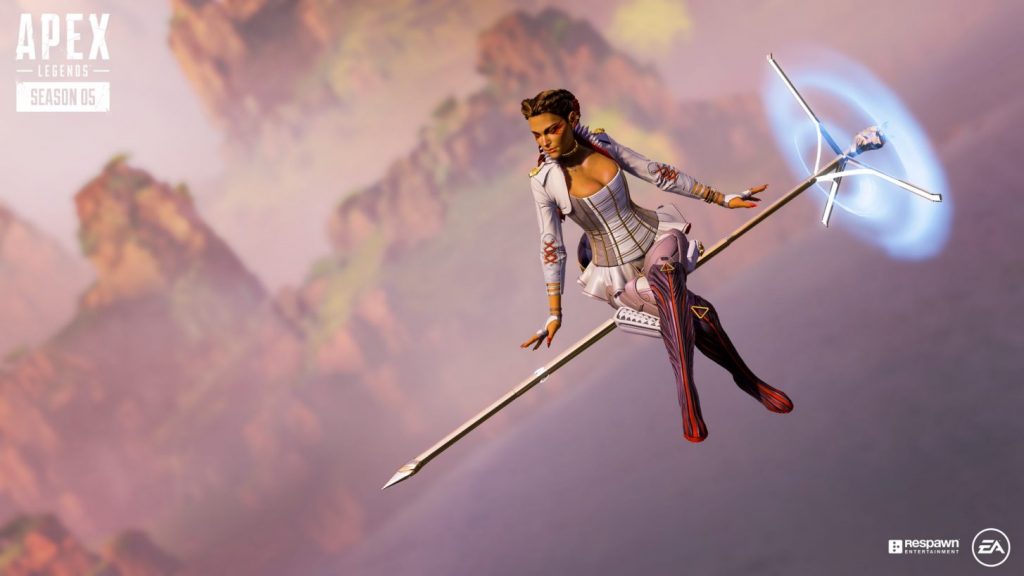 First up is the new legend for Fortune’s Favor, Loba. Loba’s parents were killed by hitman Revenant added in Season 4, and she’s now ready to take revenge with some ingenious abilities:

Eye for Quality (Passive Ability): Nearby epic and legendary loot can be seen through walls. The range is the same as Black Market Boutique (her Ultimate).

Burglar’s Best Friend (Tactical Ability): Teleport to hard-to-reach places or escape trouble quickly by throwing a Jump Drive bracelet.  The animation for this looks sick, and the ability works much like Sombra from Overwatch’s Translocator. You’ll be able to teleport behind enemy lines or swiftly scale or descend buildings.

Black Market Boutique (Ultimate): Place a portable device that allows you to teleport nearby loot to your inventory. Each friendly or enemy legend can take up to two items. This ability essentially sets up a mini-shop, which could be game-changing when time is of the essence. 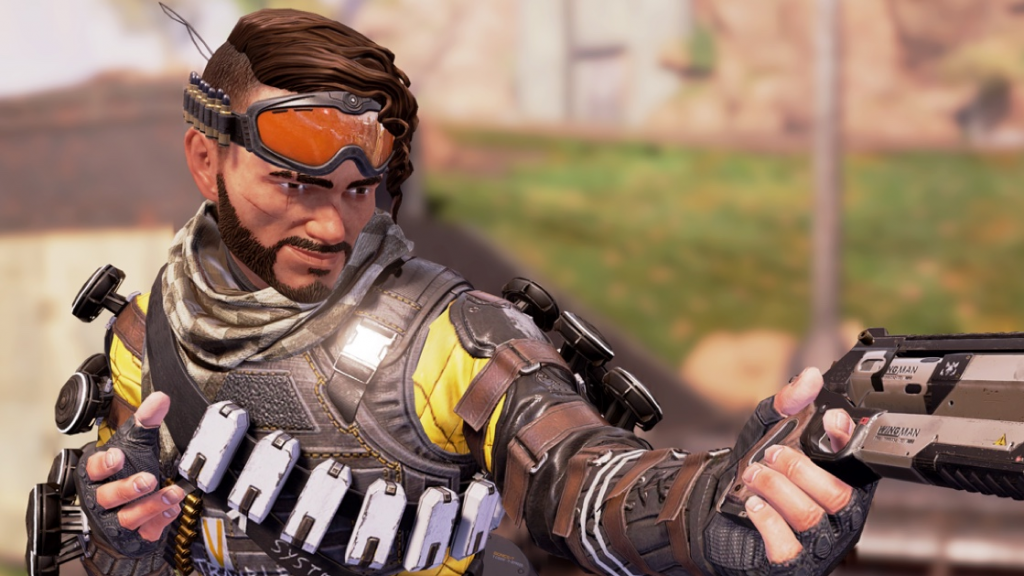 Mirage, although full of character, was far from a popular pick in Apex Legends, something the developers have tried to address for Season 5. “The hope for this rework is that it gives more depth to Mirage gameplay by giving Mirage players avenues to get better at Bamboozling people,” said the developers in the official announcement.

In Season 5 Mirage’s Tactical Ability Psyche Out will now allow players to gain control of their decoy, which was not the case before. The decoy lasts up to 60 seconds and when controlling the decoy it will mimic Mirage’s every move.

Mirage’s passive Encore has been renamed to Now You See Me. The passive still grants Mirage cloaking while downed, but now also cloaks him while using a respawn beacon or reviving a team-mate (who will also be cloaked).

Finally Mirage’s ultimate Vanishing Act is now called Life of the Party, and the team of six decoys that spawn will now mimic his every move, instead of being stationary. Overall these changes should make Mirage good for something other than fooling novice players into an early death.

A long-awaited addition to Apex Legends has been implemented, reconnecting. If you leave the match you will now be able to rejoin, regardless of if it is a competitive match or not. If you DC your team-mates will be made aware of it by an icon above your head, and if you are killed while disconnected, your banner can still be collected for a respawn ahead of your return. EA did mention that rejoins are only available to players who left “unexpectedly”, which does not include using alt+F4 or closing the game via the system menu on your PC. You have been warned.

Season 5 is the first season to not welcome a new weapon, but the developers have said “we need some time to test them and make sure they are healthy for Apex”. That said, there are still a few changes to be aware of.

The Peacekeeper shotgun is now a care package weapon with its “power reduced accordingly”. Meanwhile the Mastiff shotgun has been nerfed “accordingly” and made a regular weapon for Season 5. The Mastiff shotgun now does less damage per pellet and has a reduced fire rate, but can house up to six shells up from four. Other big weapon changes are the return of the Skullpiercer Hop-up for DMR and Wingman, and the vaulting of the Anvil Receiver for the R-301 Carbine and VK-47 Flatline. 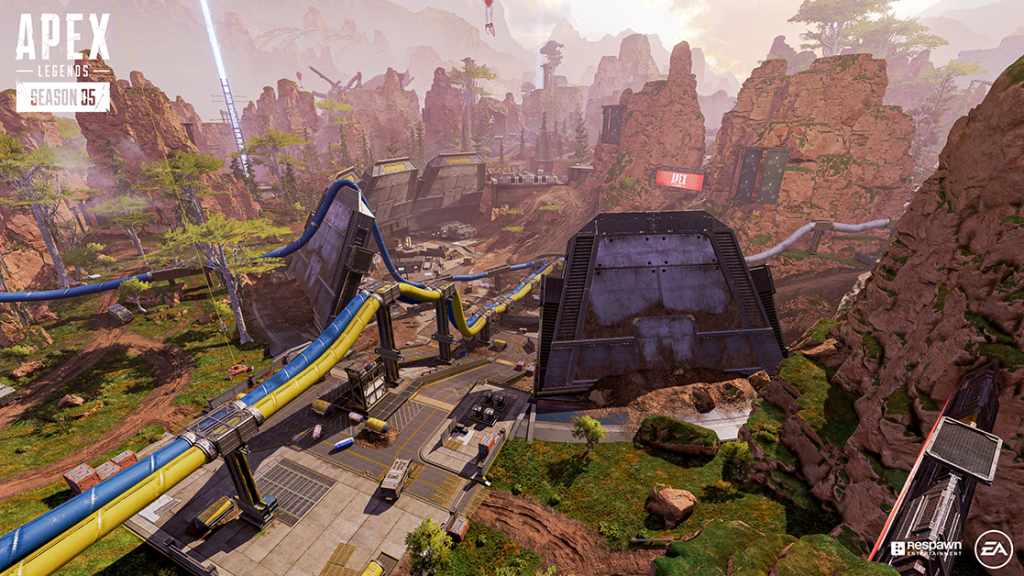 Kings Canyon has undergone some redesigns, and sadly Skulltown, Thunderdome, Relay and Wetlands are no longer with us. The developers said in an official post they were hoping that by sinking Skulltown and Thunderdome, it would allow “other parts of the map to shine”.

Replacing Skulltown and Thunderdome is Salvage, an industrial rig boasting “high-tier loot” and two-zipline balloons. Meanwhile Relay and Westlands in the north-east of the map have been replaced with the Offshore Rig. You can delve into more info from the developers about the map changes here. 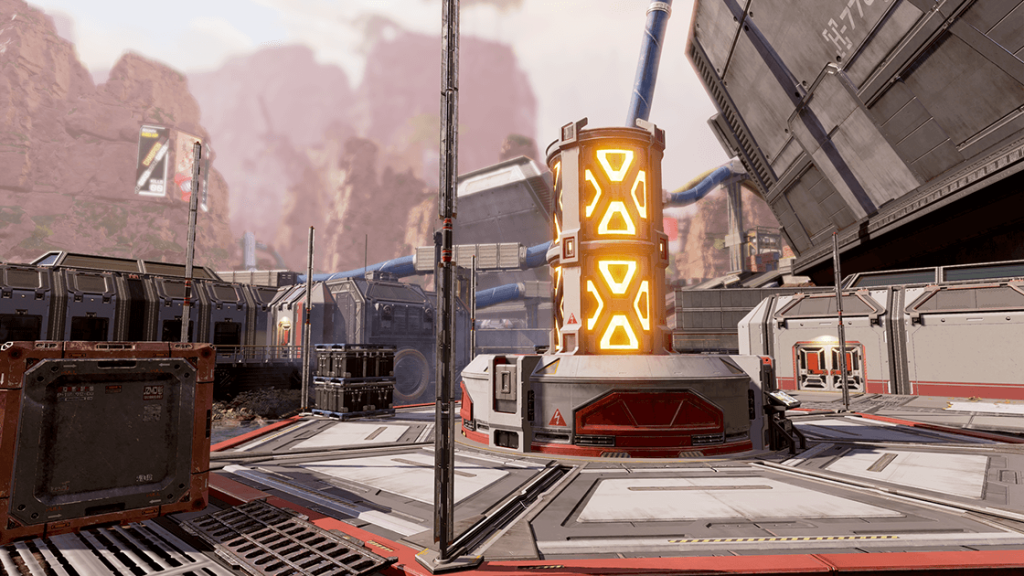 A brand new addition to Apex Legends, Charge Towers, can restore the Ultimate of every player on the platform.  Just remember you need to be in the vicinity. otherwise no Ultimate. “Our hope is that they provide new focus points for players, and enable squads to pull off strategies that they couldn’t have attempted before.”

The new Apex Legends Battle Pass – which now has its own tab in the lobby – includes a “season-long search for 9 pieces of a mysterious relic”. The new quest is called “The Broken Ghost”, and you can get started by opening a daily Treasure Pack in any competitive match. The quest revolves around Loba, whose shenanigans led to the destruction of Skulltown.