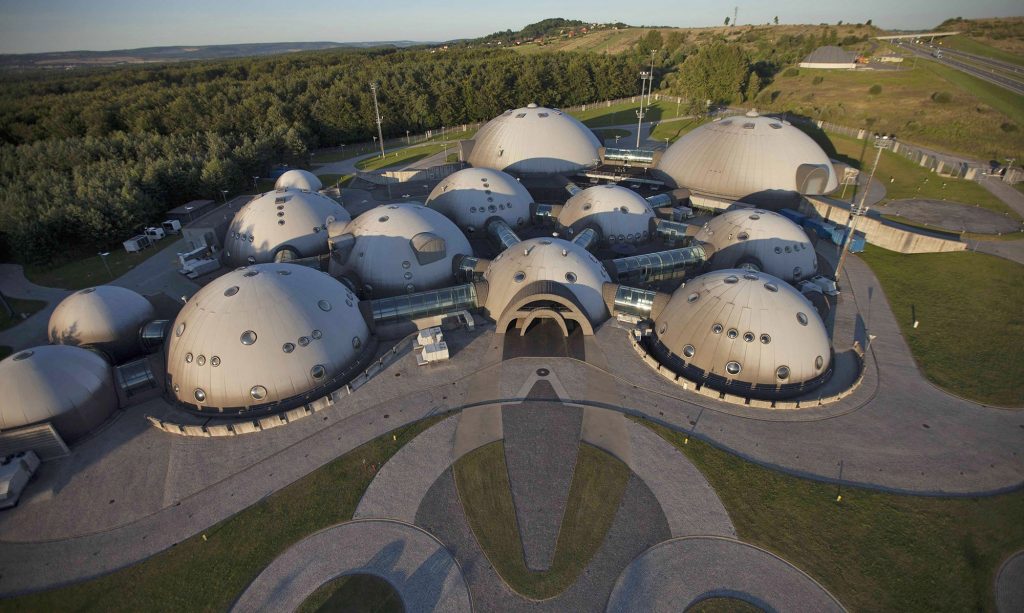 The Apex Legends Preseason Invitational will take place in the Alvernia Planet, which looks like a location taken from the game map. (Image via Respawn)

Electronic Arts and Respawn Entertainment’s first Apex Legends tournament kicks off this weekend. The Apex Legends Preseason Invitational will run from September 13-15 in Krakow, Poland. With US$500,000 on the line, the event will take place in the Alvernia Planet.

Eighty teams will be onsite to compete in a double-elimination bracket. Teams will include some familiar organizations such as Team Liquid (fielding two teams), Alliance, Counter Logic Gaming, Echo Fox, Fnatic (with an EU and NA squad!), G2 Esports, Luminosity Gaming, NRG EsportsT1, Team SoloMid and Virtus.pro, among many others. The complete list is available on the official site.

Of the squads, Team SoloMid won the EXP Invitational in early August, with Team Reciprocity, Sentinels and Fnatic NA finishing in second-fourth-place. All four teams will be on hand to compete in Krakow.

Teams will receive one point per elimination and points for placement in each match as follows:

The Grand Finals on Sunday, September 15, will run slightly differently. The final twenty teams will compete in rounds until a winner is declared. In order to win, a team must first reach a threshold of total points. In the round following, the team will be “match point eligible.” If they win the round, they will be declared the Preseason invitational Champion. Teams will be ranked second-twentieth based on total points. There’s no limit on how many teams can be match point eligible; any team to reach the threshold will receive that status and then could potentially win the tournament.

The pressure will be on for the on-hand talent to communicate the current points status of teams in all rounds, but also in the grand finals.