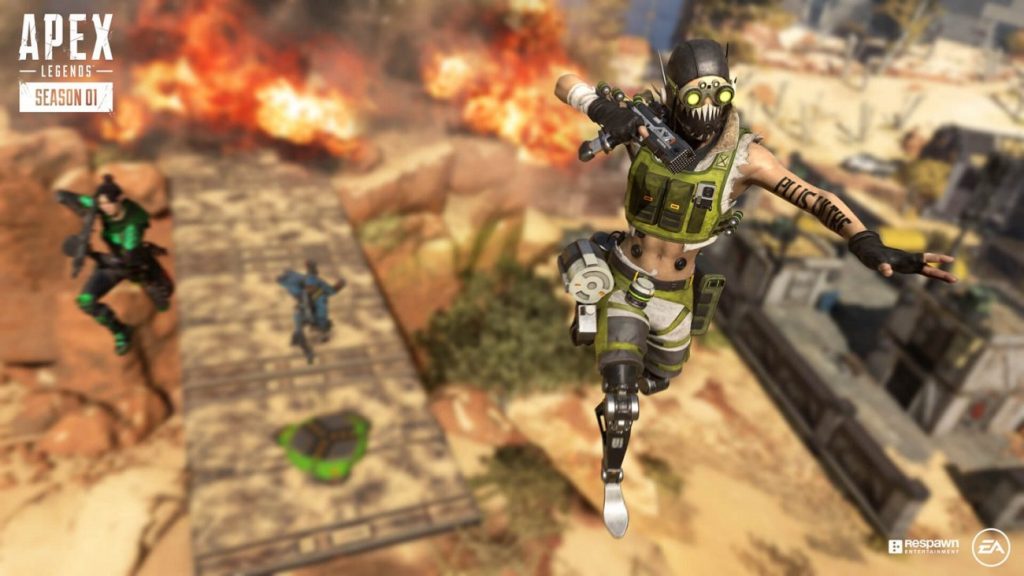 Respawn will focus on server performance, cheaters and audio among other things. (Image courtesy of Respawn)

The player count and amount of views Apex Legends have received since its stealthy February 4, 2019 release has notably gone down. There was an article released on April 22 by SeekingAlpha showing how drastically Apex Legends numbers have declined over time.

The executive producer behind the project, Drew McCoy, issued an update on Apex Legends on April 25 explaining the team’s perspective on the game’s massive growth since its launch and how the company is handling the aftermath:

“50 million players in the first month (and more since) is staggering for any game, let alone a new IP from a relatively small team who were taking their first swing at a free-to-play game.”

McCoy followed with, “Rapid growth is a wonderful thing to achieve, and we’re thrilled with the response we’ve received since launch. However, that growth comes with some clear challenges, and we’ve hit a few bumps along the way, including missteps with our updates, not giving players enough visibility into future content, and not properly setting expectations on how we plan to support Apex Legends.”

The statement goes on to explain that the team working on Apex Legends are and will continue to be “100% committed” to the long-term growth of the game. For the time being, the development team is focused on fixing bugs and shipping server updates.

Some of the things the development team are prioritizing are:

McCoy also went on to state that they want to provide more information regarding new Season launches including that “the beginning of each new season will start big” with a new Legend, Battle Pass, and hints at there will be “something new for the meta”.

More information will follow at EA PLAY in June where the first details will be revealed about Apex Legends season 2, development progress, and hints at a possible map change.

It seems like the team over at Respawn have their work cut out for them, however, it is a long road. We are excited to see what will be shown at EA PLAY!