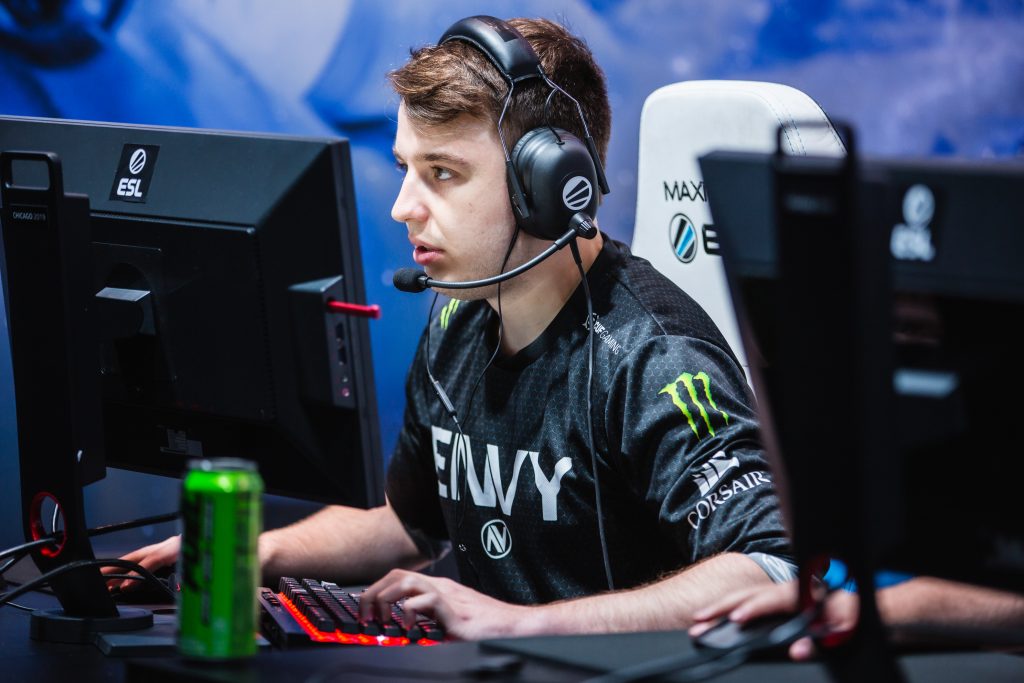 Counter-Strike is a global phenomenon with professional players joining the competitive scene from countries all around the world. We’re often more familiar with seeing players join the scene from the United States or Europe which is why players like Bradley “ANDROID” Fodor stand out on teams. The lone Canadian player on the team brings a lot of experience to Team Envy and has helped drive them to see recent success since his addition in March.

I had the opportunity to chat with ANDROID about his competitive career, Team Envy’s development and why having a team with no big egos is the best way to grow as a team.

There’s a big reason why Canadian players like ANDROID are rare in the competitive scene. Unlike the American or even European competitive scene, the Canadian infrastructure for esports is generally years, if not decades, behind. When asked about what it was like being a Canadian professional CS:GO player, ANDROID said he didn’t feel like he was any different from being an American, but he did acknowledge that there are far fewer opportunities for Canadians. Citing the distinct lack of LANs in populated cities like Toronto and the “infamously terrible internet,” ANDROID said that Canadian players looking to get into the competitive scene had to grind that much harder.

Once ANDROID realized he was “getting kind of good at [CS:GO],” he made it his number one priority (Photo courtesy of HLTV)

ANDROID’s journey into esports didn’t start with a dream of becoming a pro player, he had a “different plan in life.” While gaming was something he enjoyed, ANDROID had the idea of going into a trade. When he talked about how his path to esports was different than most, he agreed that gaming is a lot better than his previous plan. Whereas some players start with motivation to become the best at something, ANDROID slowly realized that he was, “getting kind of good at this and the game jumped to becoming my number one priority at a point.” The turning point for ANDROID was when certain players started to tell him, “Hey man, you’re pretty good” and after that point, motivation kicked in and drove him.

Motivation and drive are key to player development and without that initiative to keep growing, players will stagnate. ANDROID spoke briefly about what motivates him to develop his skills, and he quickly jumped into talking about what he does to grow. For ANDROID, his growth looks like constantly wanting to improve himself. He does this by downloading demos of top teams, and really focusing on “how each individual spots, [how] they play their individual spot and try to find every reason for every need – including how they reposition themselves in every situation.” ANDROID argued that if everyone knew each spot on the map, it would make the game that much easier.

Outside of traditional in-game growth exercises like DM’ing, ANDROID has found unconventional ways of attempting to improve his skills as a competitive CS:GO player. One example of how he is using unconventional techniques to pinpoint his growth trajectory is how he writes in a journal. He focuses on writing about what he does in a day, whether he won a game or lost a game and looks at his daily records in his journal as at a macro level. He said that people will often change their settings, or change their keyboard but they won’t look at what is happening on the days where you play poorly. It’s reasons like this that set Team Envy and it’s players ahead of the rest when it comes to developing the habits and skills of their players.

Team Envy hasn’t had the best record this year, but there’s a clear indication they are doing better and growing as a team. I asked ANDROID about what his opinions were on the team’s performance on certain maps. When you look at Envy’s record, you can see that they struggle on Overpass. ANDROID admitted a “perm ban is Overpass”. Seeing as Overpass is one of their worst maps, I was curious if ANDROID knew the reason they had such an issue with the map. He said that their lack of understanding of the map is really just due to the fact that they don’t get to play on the map often and thus never get to practice on it. It’s even harder for him as he even acknowledged that outside of his team with Team Envy, he never played on Overpass with Complexity. That’s almost three years without practicing on a map and at that point, anyone would be uncomfortable.

Though together for a relatively short time, Team Envy has quickly bonded thanks to their “chill personalities.”

Level-Headedness Versus a Team of Egos

Beside the Overpass issue, Team Envy has been improving over the past couple of months as the team synergy continues to grow. When asked about what ANDROID thought was helping the team grow together, he said, “We all have really chill personalities, and are very mellow. We all have level heads on this team, and that’s what I like most about it. No one’s tried to be the hero.” He went on to explain that having a team of level-headed players, or players who seem to function without the need to constantly boost their own egos, means that the team is always considering each others’ positions and what they need.

ANDROID was really clear that having players who aren’t heroes means they don’t “think they are better than everyone else on the team and they don’t put your team put in bad situations.”

So with a team that has level-headed players who are focusing on player development and growth, what are the next steps for ANDROID? One of his biggest goals is getting back into the ESL Pro League, which will take some time. He said that his main goal is to just make sure we “get better month by month, and by the end of the year, look like a team that will be taken seriously as a threat to every team in the scene.”

And there’s no reason Team Envy can’t achieve that. They have a good set of players that just needs to “trust the process and continue to grind every qualifying tournament we can participate in”. What does that mean as far as execution? It means not missing smokes, making sure they are not making the same “silly mistakes that [they] have been,” and executing everything properly. Basically – don’t make the same mistake twice.

With all the talks about the future of Team Envy, it was hard to avoid the precarious topic of Fortnite and the future of esports. Fortnite’s success has definitely shown that some esports have made a conscious effort to support the competitive scene whereas others have not.

ANDROID lamented that while Fortnite and Dota have such community-driven tournament initiatives where they are looking to actively grow a prize pool or have fan participation, CS:GO is often left alone without any support from Valve. ANDROID acknowledged Jacky “Stewie2K” Yip of Team LIquid’s disappointment at the fact that Kyle “Bugha” Giersdorf has made more money at playing Fortnite at the World Cup than Stewie had in his entire career. And it’s not as if CS:GO players wouldn’t be willing to support players and teams to increase the prize pool of a tournament, or at least that’s what ANDROID thinks – especially if they used the operations on Counter-Strike.

Hopefully, as other esports continue to grow, CS:GO will get the opportunity to grow its prize pool to better support its players.

Thanks to ANDROID for taking the time to sit down with us to talk about his competitive career in CS:GO. Be sure to follow him on Twitter and Twitch to keep up with him and Team Envy.

Counter-Strike: Global Offensive
Share
Gillian Linscott
Gillian is Hotspawn's Communication Manager. She is also a lifelong gamer with a habit of getting distracted by random side quests, falling in love with fictional video game characters and forever buying wards as a position 5 in Dota 2. You can normally find her watching far too many Twitch streams to be human and rambling about esports community issues with a cup of coffee in hand.
Follow me