Among Us Adjust Lineup Ahead of DOTA Summit 13 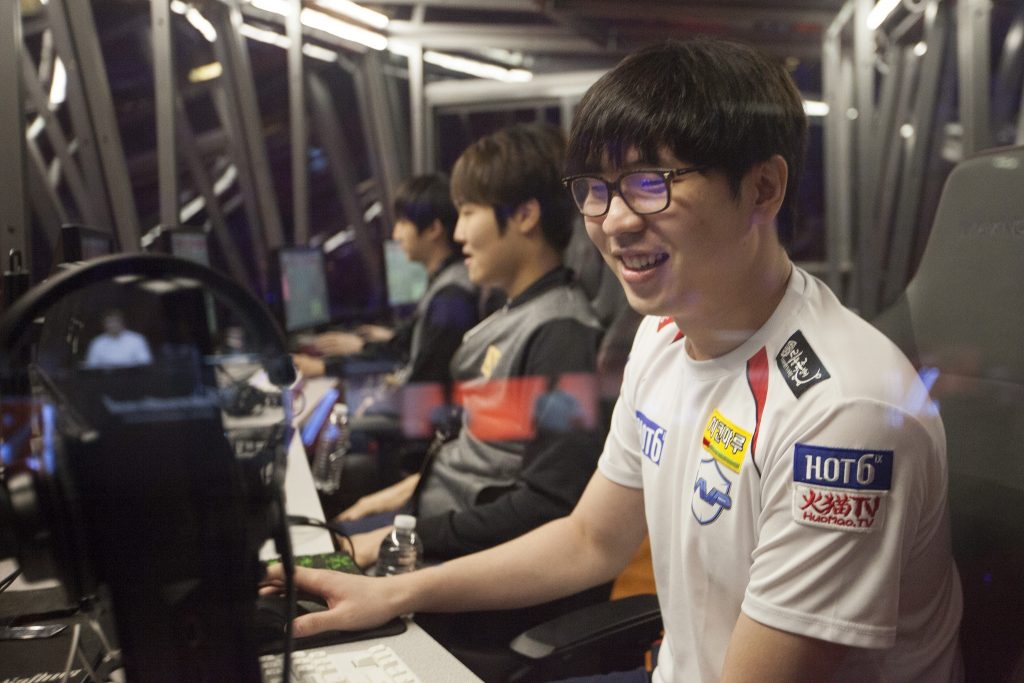 After unceremoniously departing TNC Predator, March is one of three new players to join Among Us. (Photo courtesy Valve)

Southeast Asian stack Among Us will be playing with a different roster at DOTA Summit 13, according to a video that offlaner Carlo “Kuku” Palad posted on his Facebook page early on Monday — parodying the popular multiplayer social deduction game the squad is named after.

Founding members Anucha “Jabz” Jirawong, Nuengnara “23savage” Teeramahanon, and Matthew “Whitemon” Filemon are gone — to be replaced by Park “March” Tae-won Muhammad “inYourdreaM” Rizky, and Kenny “Xepher” Deo. Jabz was recently re-signed by Fnatic, which would explain his absence from Among Us. 23savage on the other hand will likely start training with Vici Gaming in the coming weeks. Whitemon, meanwhile, will have to look for a new team to call home given that Geek Fam is not in operation at the moment.

March was last seen as the captain for TNC Predator, and it was under his captaincy that they won the MDL Chengdu Major at the start of the 2019-2020 Dota Pro Circuit season. Since then however, TNC’s results have been less than stellar, which may have led to March’s sudden departure at the end of September this year. He will be playing the hard support role for Among Us going forward, according to Kuku’s comments on the announcement video.

inYourdreaM is currently signed to South Korean organization T1, though he has presumably been given the green light by his teammates there to join Among Us for the time being. He will be playing in the carry position, which should be interesting to watch given that he normally sits in the solo mid slot. Azel “Abed” Yusop will remain as the solo mid player in the meantime.

Lastly, Xepher will play the soft support role, replacing Jabz as he returns to Fnatic. Xepher was last seen playing alongside Kuku and Whitemon in Geek Fam, and he should not need much time to gel with the rest of the squad considering Kuku’s guidance.

Among Us blitzed through the group stage at BTS Pro Series Season 3 in September, but failed to make the grand finals after the red-hot Motivate.Trust sent them home via the lower bracket finals. Although they could not reach the championship round, it was clear right off the bat that Among Us would be a force to be reckoned with in the Southeast Asian region — and this should continue with the addition of a tenured captain in March plus complementary pieces in Xepher and inYourDream.

Considering that the SEA open qualifiers for DOTA Summit 13 are now complete, it’s pretty safe to assume that they’ve been given an invite by organizer Beyond the Summit — though this has yet to be confirmed. An official announcement of the list of invited teams should be forthcoming, given that the tournament is scheduled to start on October 19th.

Among Us’ full roster is as follows: