Alliance Pull off Upset Against Team Secret at ESL One 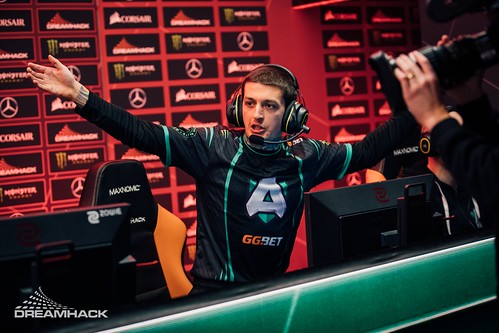 Alliance clutched a victory thanks to the performances of Limmp and Nikobaby. (Photo courtesy DreamHack)

Alliance have defeated Team Secret in the Upper Bracket of the ESL One Birmingham 2020 Online: Europe & CIS in a remarkable upset. The two European teams clashed in the first round of the top bracket, with Team Secret the hot favorite.

Secret has been one of the most dominating forces in Dota 2 for much of this year, having claimed victory Dream League Season 13, the last DPC event prior to the coronavirus crisis. More recently though, they’ve gone on an unprecedented winning streak of online events, picking up the win at the WePlay! Pushka League S1: Division 1 finals, Gamers Without Borders 2020 charity event, and OGA Dota PIT 2020 Online tournament.

However, after a grueling three-game series, Alliance have broken a streak of unblemished playoff performances which date back to April. Secret have not lost a single match in a playoff bracket since ESL One Los Angeles 2020 two months ago, and currently possess one of the very best winning records in Dota 2. A near flawless run through the group stages of this event was just the icing on the cake for this potent stack.

As today’s match started off, it looked like business as usual for the dominant Team Secret team. Under Clement “Puppey” Ivanov’s watchful eye, and with star support Yazied “YapzOr” Jaradat on a interesting Lion pick, the team rolled over a bewildered looking Alliance in the first game in just 20 minutes.

But not willing to roll over and die, Alliance struck back with an incredibly solid performance from their star carry Nikolay “Nikobaby” Nikolov. On Morphling, the Bulgarian player dominated his opponent’s offlane, while his Grimstroke support was able to roam for maximum impact. Just like that, Alliance had wrapped up the series.

This is where most of the time you’d expect Puppey and company to buckle down, pick something they know, and close out the series for a win. But a strange thing happened. A technical issue caused the game to crash, and upon reloading, the previous game wasn’t able to be reconnected to. This unfortunately left the admins in the horrible situation of having to restart the match, from scratch, with a new draft.

As it turned out, this was just the opening Alliance needed. Veteran solo middle player Linus “Limmp” Blomdin broke out one of the most impressive Kunkka games we’ve seen in recent memory.

What an upset from @theAllianceGG! They take the series against @teamsecret and secure a place in the Upper Bracket Finals! #ESLOne https://t.co/RUTJQihdBh pic.twitter.com/IKsyg2QCNr

Go give him some love 🤙

All the rest on the squad with big performances as well!

Alliance now advances to a guaranteed top three position in the event, and will face the winner of Team Nigma and VP.Prodigy on Friday. Regardless of the result, they’ll be taking at least $25,000 in prize money, and more importantly, an all important win against one of the most dangerous teams in the entirety of Dota 2.

Secret on the other hand will have a few questions for their players and captain. Puppey’s drafting this series was uncharacteristically short sighted, with the team missing out on several picks and bans which gave Alliance just the heroes they wanted. In the remake, the team lost out on several of their selections, and instead of adapting, just seemed to crumble. It was overall not a great day for the team, even if some of the blame can’t be placed on them.

Team Secret will now have to battle through the lower brackets to reach a fourth consecutive tournament win. But if there’s one stack in the event that can manage it, it’s Secret. You can catch the continuing action from ESL One Birmingham 2020 on ESL’s official Dota 2 streams.