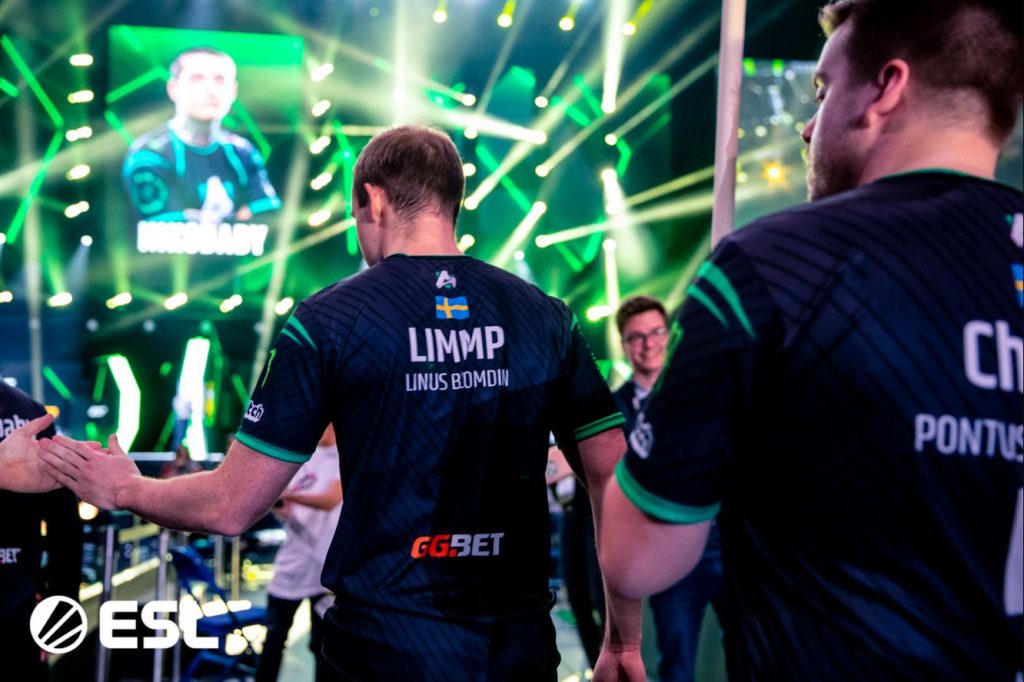 Alliance defeated Nigma in one of the most thrilling ends to a qualifier in recent memory. (Photo courtesy ESL)

Alliance have overcome all the odds, defeating Nigma in the grand finals of the StarLadder ImbaTV Dota 2 Minor Season 3 Europe Qualifier to win a spot at the Minor. In an incredible five-game series, Alliance crushed Nigma’s hopes of a lower bracket gauntlet win, after falling behind two games to one.

The victory wraps up the most contentious series of European qualifiers in years. With the vast quantity of talent in the Europe region, namely Team Secret, Alliance, Team Liquid, Nigma, Ninjas in Pyjamas, and OG, it’s been more noticeable than ever that there just aren’t enough spots for all the squads.

Controversy has reigned as it became clear that several of Europe’s top talents would miss this entire tournament cycle, with just four total spots for the region’s teams. Criticism has fallen at the feet of the current Dota Pro Circuit system. The DPC caps the number of organizations a single region can have at a Major at three, regardless of that region’s competitive level. A fourth team is possible if they run the gauntlet at the Minor, as was the case at last Major, but generally speaking, three is the limit.

And this is even further compounded by the fact that at DH Leipzig it was 3/top6 EU – meaning that EU is going to be a blood-bath for the final slot.

Following a stormer of a closed qualifier, OG, Team Secret, and newly transferred NiP were set to head to the ESL One Los Angeles 2020 Major. This left Alliance, Nigma, Team Liquid, and new challengers, Aggressive Mode, to battle it out for just a single spot at the StarLadder Minor. What we’ve seen over the last two days has been a heated exchange between some of the game’s best teams, culminating in a thrilling grand final.

Nigma to the Lower Bracket

Nigma, the reigning Minor champs, has an unfortunate habit of falling to the lower bracket. The team which excels with carefully laid plans and masterful drafts never seems to get it in gear until threatened with imminent elimination.

So, facing an aggressive Team Liquid who were eager to prove they were better than their predecessors under the TL mantle, Nigma found themselves in a near hour-long battle to survive. For whatever reason, Nigma’s Tiny/Razor elemental mashup composition couldn’t take its early game momentum into late game power. The team fell in the face of TL’s Earthshaker and Monkey King wombo combo, taking them to game two.

We bide our time and pounce on an isolated Medusa to move through to the Upper Bracket Finals later today #LetsGoLiquid pic.twitter.com/IloCr0D9c2

While the second matchup was a more even affair, it showed that Nigma could be in a lot of trouble for the rest of this bracket. They’d have to be flawless to even make it to the StarLadder Minor.

Not So Aggressive Mode

After shocking the world with a surprise invite to this qualifier, the relative unknowns of Aggressive Mode disappointed when it came to facing top teams for the second time. They were rolled by Alliance in their opening game, in a series of matches where their opponents looked to be testing some new carries for Nikolay “Nikobaby” Nikolov.

Falling to the lower bracket would spell doom for the Aggressive Mode squad. Their opponents would be Nigma, a hungry side not about to let a young upstart spoil their victory. Nigma struck with an electrifying combo of Razor and Storm Spirit, shocking their opponent and eliminating them once and for all.

Aggressive Mode showed a tonne of potential by even making it this far thought. In a crowded, under-represented European region, they’ve made a name for themselves, and it’ll be exciting to see if they can replicate this kind of success in the future.

Team Liquid have not done well historically against this Alliance lineup. There’s something about the former banner of this TL side that stumps them. After initially upsetting their opponents in a decisive game one, TL lost two straight to fall to the lower bracket.

There, the rematch against Nigma would take place. But this time, Nigma was taking no prisoners. In two quick matches, Nigma demolished their opponents, showing just how well they’re able to react to teams when given time to plan. In particular, an ascendant Spectre in game two punished Liquid, sending them unceremoniously plummeting out of the event. This left Alliance to face Nigma in the finals in a highly anticipated matchup, which we’ve not seen for several months.

"You merely adopted the Lower Bracket. We were born in it, molded by it."

Only One Can Advance

Surprisingly, Nigma haven’t had much chance to face this Alliance roster this season. Their meetings have been limited to facing off during the qualifiers for various events. In almost every meeting, Alliance has had Nigma’s number. Nigma thrives when it’s had time to suss out an opponent. Kuroky and co. just haven’t managed that yet with Alliance.

As a result, we were presented with a surprisingly quick game to open up the series. Alliance fell back on the reliable Batrider pick and steamrolled through Nigma to start the finals. However, Nigma quickly shot back. Relying on Amer “Miracle-” Al-Barkawi and Ivan Borislavov “MinD_ContRoL” Ivanov’s raw carry potential. The team scored two wins with a pair of outstanding performances.

This led to a must-win fourth game for Alliance. Relying on the Batrider once again, which had been the most reliable part of their composition so far, they took a gamble with Nikobaby’s Sven. If the Rogue Knight popped off, Alliance would be victorious, but if not the team would be out of the tournament.

After a slow and relatively even early game, and a series of disastrous team fights in the midgame, the match settled into a very tense situation. A single fight for Roshan could spell a loss for either team. Unfortunately for Nigma, they’d be the stack on the receiving end of this misfortune. A slight mispositioning cost them the Baron, allowing Alliance to push the high ground with Aegis and take the win, sending us to game five.

This @theAllianceGG team showing off incredible mental toughness taking @TeamNigma to game 5. Sad that we’ll only see one of these two teams in Kyiv 😕

In the decider, things started slow enough. An equal footing through most of the early game slowly collapsed into a substantial lead for Nigma. However, every move they made would be matched by a kill from Alliance. As the match spiraled into 30 and then 40 minutes, Nigma’s caution dragged the game out. Alliance clung to dear life, stealing Roshan at one point, and repelling every single push into the high ground by killing multiple members of Nigma. Finally, after killing almost all of Nigma, Alliance sprinted down mid, and with practically no structures left in their base, focused fire and secured victory. Alliance qualifies for the Minor after a hugely dramatic five-game series.

They’ll face an uphill battle to succeed in the StarLadder Minor, but if there’s any team that can manage it, it’s Alliance. StarLadder ImbaTV Dota 2 Minor Season 3 kicks off from March 5th in Kyiv. You can catch all the action on the official StarLadder Dota 2 Twitch channel.