All You Need to Know About Farming Simulator League Launch 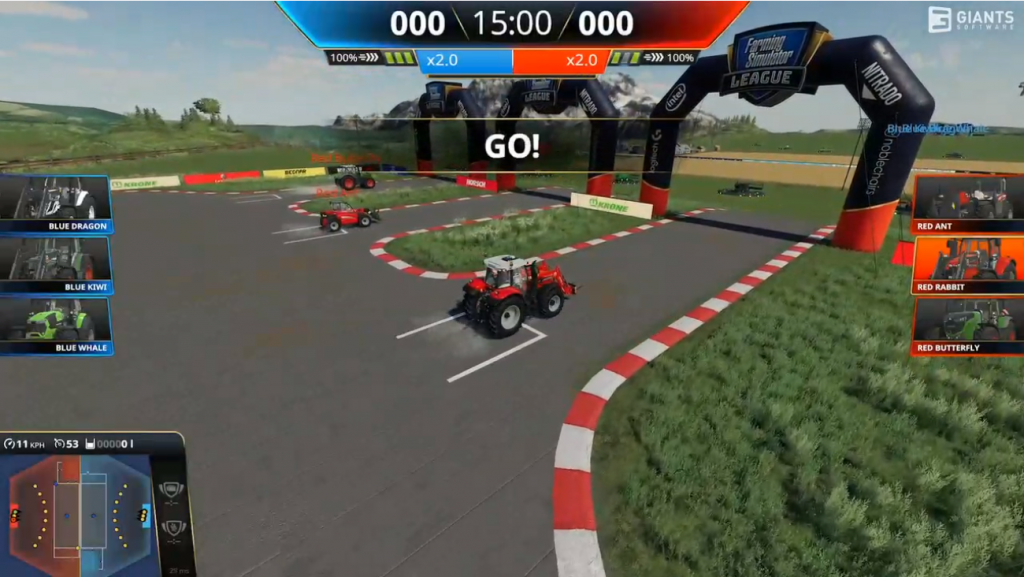 When Farming Simulator League was announced in January 2019, eyebrows were raised. Could baling wheat truly be competitive?

Well, Giants Software has put impressive effort into establishing the FSL as viable and competitive.

With a set of tournament rules to guide the League, a schedule of eight events so far this year and more planned for 2020, and some professional teams already in place, all that remained was for us to learn exactly what the FSL’s gameplay would be. Today, the FSL  released more details about how the circuit will operate and how interested players can compete.

It’s All About the Hay

Farming Simulator League will be played on a mirrored farm map. Each team has its own identical set of farm buildings, launching pods for vehicles, a field of wheat and a drop zone where points are acquired.

Each FSL match consists of phases:

There are some extra mechanics to be aware of that will make the game more strategic. For example, when you drive over a bridge, it will raise in the air for a short period of time; your opponent’s matching bridge will also raise, allowing you to cut them off temporarily. Also, each team has a village where you can sell excess wheat to increase your points multiplier. It takes more wheat to increase your multiplier each time, so keeping track of when to sell to improve your bonus will be important. Selling wheat from the augur wagon gives you 1.5x as much as selling from the harvester. Selling wheat will also decrease your opponent’s multiplier, and if you max out your own multiplier, you can temporarily shut down your opponent’s access to their upper bale drop-off, limiting them to the ten points per bale option.

A shot of the mirrored fields, with one team’s launching pod in the distance. Screencapped from Twitch.tv/GiantsSoftware.There are two drone drops that are released at six minutes: boosting bale points and increasing wheat value.

The Pod and Field Phase of each match will take fifteen minutes, with the Ban/Pick Phase adding a few more minutes to the total time. This means each game is comparable to, for example, an average game of Apex Legends.

How You Can Get Involved

Whether you want to compete or cheer on your favorite competitors, FSL has you covered.

Sign up with your own wildcard team on the Giants Software site to get free access to the FSL-dedicated DLC. You’ll need two other people for your team as well as a team of three to compete against. You’ll also all need a copy of Farming Simulator 19, currently $35 USD on Steam.

Teams can also include a coach and a substitute, and the players on a team can be changed on the FSL website at any time during the season.

Wildcard teams will need to first earn their way to tournaments by competing in qualifiers. After qualifiers, successful wildcard teams will participate in play-ins where they will face the Seeded Teams in best-of-one matches.  The Seeded Teams are fixed and will bypass the qualifiers and play-ins to go straight to the top eight who compete at each FSL tournament. There are currently four seeded teams listed on the FSL website, including Horsch, Krone, Lindner and mYinsanity, with more to come.

Teams competing at each tournament will be awarded both prize money and circuit points. At the end of the season, the top sixteen teams by CPs will compete in a World Championship.

If you’re not interested in playing, but want to follow the FSL, you can watch community streams on the official Twitch channel. The first competition will take place in Harsewinkel, Germany at FARMCON 19 from July 27-28; you can attend in person or watch the competition streamed on Twitch, Mixer and  Presumably wildcard qualifiers will take place before that, but we don’t have dates for those yet.

There’s something endearingly wholesome about FSL. There’s a dedicated community around the Farming Simulator products already, and we can do nothing but applaud them as they take their first steps into esports. And honestly, with a public tournament rulebook, schedule, information about seeded teams and a plethora of available farming puns, the FSL is steps ahead of some other popular esports.

Will the FSL make for a compelling viewing experience? Time will tell. It could use a bit more polish for viewer engagement, and compelling casting could go a long way toward reeling in fans. Also, remember that 250,000€ are on the line across the season. It’s a big prize pool for such a new game mode. Kudos to Giants Software for having faith in their product!

In the meantime, get your roosters and rosters in a row, select a tractor, and get out there in the field!