All Roads Can Lead to Esports 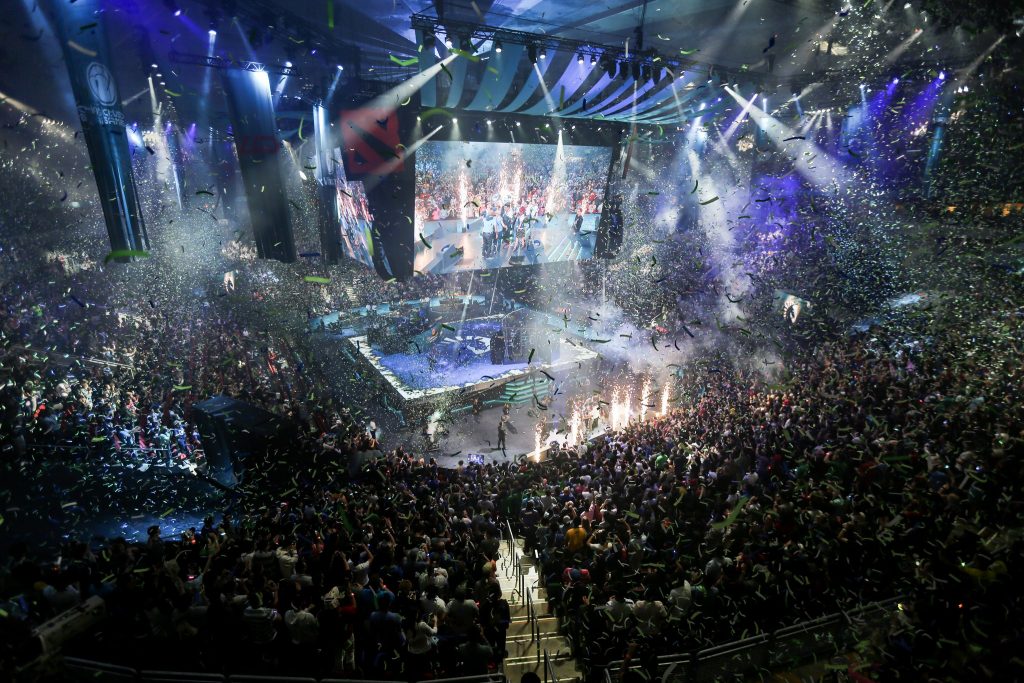 Events like Dota 2's The International require people with a range of talents to produce. (Photo courtesy of Valve)

There’s a common theme coming out of traditional gaming conventions that has gamers attending these panels in droves – how to get into esports. With an industry as young and ungoverned as esports, there’s no surprise that fans of the game are trying to understand how to break into this crazy industry.

There’s no road map for young fans to figure out how to gain employment in the industry, unlike traditional jobs like nursing or teaching. Therefore, these popular “Breaking Into Esports” panels are popping up all over the place, especially at places like PAX East.

So how do you transfer the knowledge that industry professionals like Marty Strenczewilk (Splyce) or Jack Vandervelde (Helix Esports) spoke about during the PAX East panels into a semi-decent road map? What do the experts at these panels really have to say about breaking into the wild west of esports?

All Roads Are Different

Every member of the various esports panels during PAX East found their way into esports by different means, and that was a hard pill to swallow for some attendees.

Take the “Breaking into Esports” panel that was held on Friday, March 29. There were six panelists, and all of them had different roles in the industry and broke into esports in extremely different ways. Look at Kevin Mitchell (Emerson College) who is an Adjunct Professor at Emerson College. He transitioned from being an Emmy-nominated music producer to becoming one of the very first esports professors in the United States. Or consider Paul Dawalibi (Obsidian Ventures) whose entry into esports was easier than some as he had been a successful entrepreneur for years before breaking into esports.

Each panelist had a vastly different experience entering the industry but all spoke a similar truth: the space is new and you need to create a unique brand for yourself if you’re going to stand out. Learning from experts like Mitchell or Dawalibi will help you create your own way into esports, but replicating their own entry won’t work. Don’t let the lack of a clear entry into esports deter you from pursuing your passion.

Transforming Yourself into a Brand

The “Breaking into Esports” panel touched on many subjects, but one of the most powerful messages was addressed by Timothy Loew (Massachusetts Digital Games Institute). Leow spoke a lot about placing value in yourself as an entity and that there is tremendous power in, “building your brand.” William Collis (Genji) spoke to the idea of being your own brand when he said that, “people have to have a willingness to brand themselves. You are marketable.”

It’s an abstract thought to those who don’t think about themselves as commodities but it’s an incredibly useful strategy when you want to break into esports. Your skills, talents, even your network has value and by not transforming yourself into a cohesive brand, you’re not able to sell yourself to potential employers or partners in the space. Walking into an investors’ meeting or an interview with the understanding that you are a commodity that other people want to have will change how you perform in these settings and also the chances of you landing that opportunity.

Dota 2 fans might be able to think of a player or two who have done this incredibly well. The first one who recognized that players needed to brand themselves in order for teams to value them for more than just their skills was Peter “ppd” Dager. He spoke of building himself as a brand: “I wanted to build my brand and put my name on something that I was passionate about.” What’s interesting about ppd’s case is that William Collis made direct reference to him and Leow indirectly referenced what ppd did to become a face of Dota 2.

Building on Collis’ advice for building yourself into a brand, once you’ve made yourself into a brand Kyle Chatterson (theScore) from the “Building an Esports Team” panel explicitly told everyone that you shouldn’t be afraid to apply to jobs – especially big brands like theScore. Never hold back from applying to a job you don’t think you’re qualified for or even reaching out to a CEO of an organization for some advice – if you don’t try, you won’t succeed.

Once you’ve determined your brand and you’ve figured out how to best market yourself in the industry, the next biggest piece of advice that panelists had to give was how to network. Chris Allison (Geex.gg) had a lot to say at the “Breaking into Esports” panel about how to network efficiently and effectively in esports. His main focus was about how to connect online, specifically using LinkedIn. Good habits can lead you to engage with a larger audience and connecting with the right people. Simple tips including only sending invitations to connect to people who were connected to someone already in your network and determining the most effective path to connect with the people you need to connect with.

If you are looking to connect with a particular investor for your esports startup, start by finding your second-degree connections. When you do send an invite, always send a message with the invite. If they accept your invite to connect, send a thank you message. This helps sets you apart from everyone else, and it creates an easy conversation between the two of you. Allison explained that he used these tactics when he was building the esports organization at his school and that he wouldn’t recommend these tips if they didn’t work.

Without a roadmap, all this advice can feel a little overwhelming because ultimately if you really want to work in esports—you’ve got to just do it. All the panelists at PAX East who spoke about esports spoke of a time when they all made the leap. That moment won’t come at a perfect time. If you want to get into the industry, start looking at how you can transfer your skills from what you currently do to esports. Looking for ways to get involved in the industry. Doing what you can display your skills will get only help aid you in securing a job in esports. Whether you start your own Medium blog or post your design ideas on Twitter or Instagram, the biggest piece of advice any working professional in esports will tell you is just do it!

One of the biggest takeaways from all the esports panels at PAX East was that this industry doesn’t have a roadmap for newcomers. Each of our stories expresses the different ways in which we got into esports, and most cannot be replicated. Esports is weird, as Leow so eloquently put it.

Strenczewilk’s story of getting into esports is the one that resonated with me the most as it really spoke to how esports seems to transform from a hobby to a passion project to a full-time job. Some of us get into this industry with Musical Theatre degrees like Strenczewilk or with MBAs like Dawalibi. At the end of the day, you have to be the driving force in creating that roadmap. Know that those of us in the industry are always willing to work with newcomers in figuring out what their roadmap looks like and how they can enter this crazy, weird industry that we are all so passionate about.

PAX East 2019
Share
Gillian Linscott
Gillian is Hotspawn's Communication Manager. She is also a lifelong gamer with a habit of getting distracted by random side quests, falling in love with fictional video game characters and forever buying wards as a position 5 in Dota 2. You can normally find her watching far too many Twitch streams to be human and rambling about esports community issues with a cup of coffee in hand.
Follow me