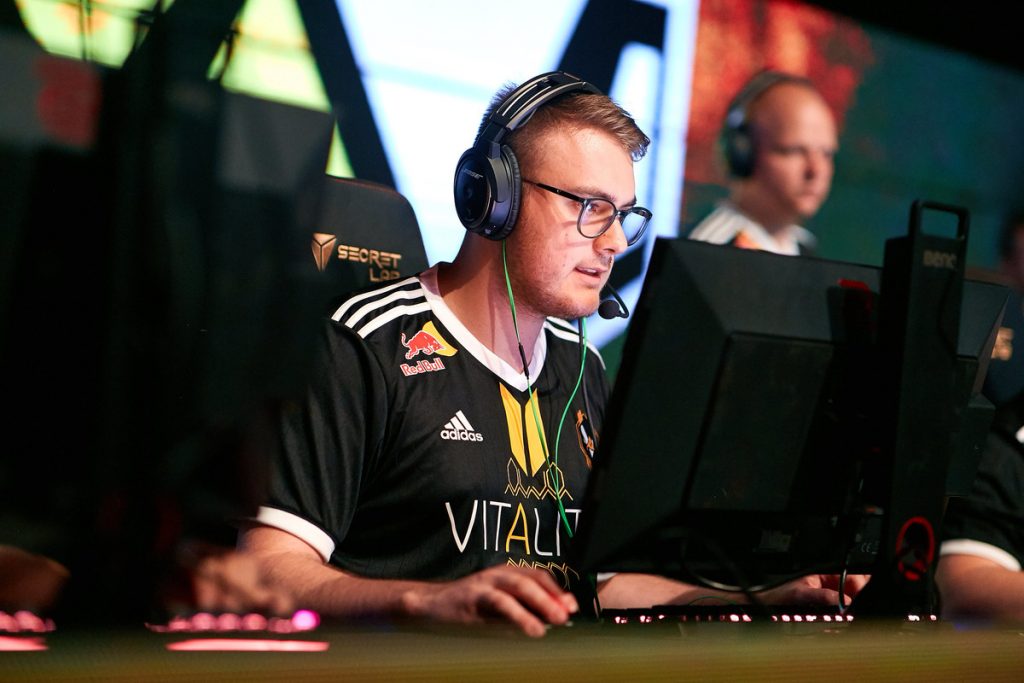 Alex has officially left the Team Vitality roster as he teases a new team. Image via StarLadder / Igor Bezborodov.

Team Vitality’s Alex “Alex” McMillan has announced that he finally departed Team Vitality’s CS:GO roster. The UK IGL left the active roster in March as he left due to personal reasons.

On wards and upwards, brother.

I have no doubt that you've made the absolute best decision regarding your future!

Alex began his tenure on Team Vitality at the end of 2018. Since he joined the roster, the team rose through the rankings and became a top 10 team in the world, even becoming the second-best team in the world for a brief period.

When the team started declining, Alex took the in-game leading role and the team returned to life. While he was on the team, Vitality won the likes of EPICENTER 2019, ECS Season 7 Finals and two other trophies in that period, while making the finals of events six times.

Alex posted in a Twitlonger that he really appreciated all the help he got while on the team.

”I would like to thank Vitality for always making sure we had what we needed in order to succeed, for always supporting us no matter what time of day, i’ve seen videos of them watching us play in the offices and believe me it’s an incredible thing for a player to feel like they have a family behind them at all times. Thank you Nicolas, Fabien, Caro, Flo, Arnaud, Mickaël, Gwendoline, Bastien, Theo, FX, Félix, Jason, Chris, Julien, Sine, Laurie, Claire, Sylvain, Angeline, Laura, i’m sorry if I forgot anyone.”

With his departure from Vitality, Alex seems to be re-entering the CS:GO landscape. In August, he was linked with a new FunPlux Pheonix attempt to enter the CS:GO space; although, nothing seems to have come to fruition. More recently Cloud 9 recently announced that they are looking to rebuild their CS:GO squad to win titles. To do this, they brought on Henry “HenryG” Greer and Aleksander “kassad” Trifunović to build the roster. It is reasonable to speculate that Alex could join this new C9 roster.

In the closing paragraph of his twitlonger, Alex mentioned something about a UK team. Alex said: “how many UK players is too many for one team”. This could be a hint at Owen “smooya” Butterfield also joining the roster, considering he has been linked with many teams since departing Chaos earlier this year. Or it could just reference that he and HenryG are both UK citizens.

Either way, it will be interesting to see where Alex finds himself. Both Cloud9 or FPX will be lucky to have him.