Adroit Clutches the SEA Final of WeSave! vs. Geek Fam 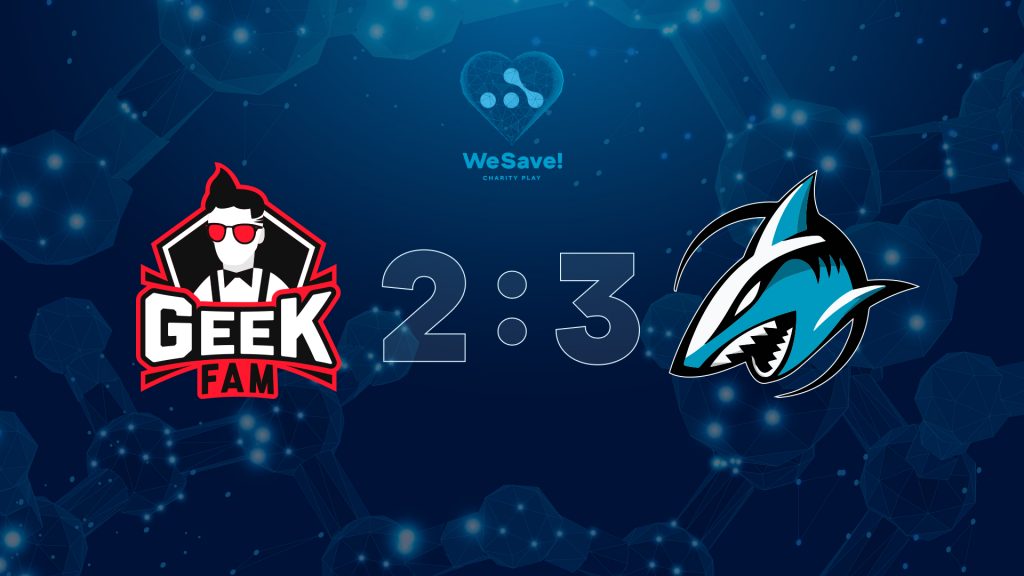 Team Adroit has defeated Geem Fam to win the SEA Finals of WeSave! Charity Play in a five-game epic series that pushed both sides to the limit. After a hard-fought series, it was ultimately the team from the Philippines that took home the victory, toppling their inter-regional rivals.

What a series! We were not able to come up on top, but it was fun! Congratulations to Adroit Dota! ❤#geekfam #dota #wheregeeksbelong #onceageekalwaysafam #wesave #weplay pic.twitter.com/ZYxeTh1t7Y

In a matchup that showcased both of these teams as top contenders in SEA, Adroit was ultimately victorious after beating out strong competition to reach this point. Geek Fam had edged out BOOM Esports, while Adroit had finished off TNC Predator in the semi-finals, and now would clash in the huge charity event.

But as the series started, it didn’t look like it would be a very competitive match. Geek Fam’s Slark quickly snowballed out of control in a mirror of the South American match from yesterday evening. Adroit attempted to farm up and get some value for their picks, grabbing a few crucial kills, narrowing the lead to less than 1k. However, even with some good fights, Adroit was just unable to stop Marc Polo Luis “Raven” Faust, as Geek Fam closed out game one in 31 minutes.

Game two initially seemed like more of the same, with Geek Fam simply outplaying Adroit in lane. But a super quick Roshan take from Adroit at 20 minutes pushed Adroit into the lead, with their Death Prophet scaling up quick. In this match, Geek Fam waited too long for their Anti-Mage to come online as the Death Prophet/Phantom Lancer Combo tore down their base.

Having been toppled by it last game, Geek Fam banned the Death Prophet, taking away Adroit’s win condition. However, this just allowed for a much more decisive matchup draft for their opponents. Geek Fam’s Void Spirit fell massively behind because of a dominant laning phase from Adroit, and in the most crucial match of the series, Adroit shut down their opponents, taking the lead in the series.

Game four was make or break for Geek Fam, and with their backs against the wall, they stood their ground. They finally countered Adroit’s lane aggression with a more healthy start to lane. What’s more, Adroit’s Dazzle did almost nothing for the team all game, and so Geek Fam was able to take a lot of control in what was practically a 5v4. This match was a slow, painful death for Adroit, as Geek Fam chipped away at their base, eventually sending us to Game Five.

Evened up at 2-2, Adroit gave us an example of why they’re so dangerous – This team never says die, and characteristic decisiveness punished their opponents in a long-winded and hard-fought game. Ultimately it was the small mistakes that cost Geek Fam this series. Catches, missed abilities, and bad warding.

Adroit claim $20,000 of the prize pool, which will be donated directly to charities fighting the spread of COVID-19. Barring a surprise stretch goal, this is the last we’ll see of SEA at the tournament, but it’s only made fans hungry for more. Geek Fam and Adroit put on some incredible performances at this event, and it’ll be amazing to see if they can transfer this success to a DPC event.