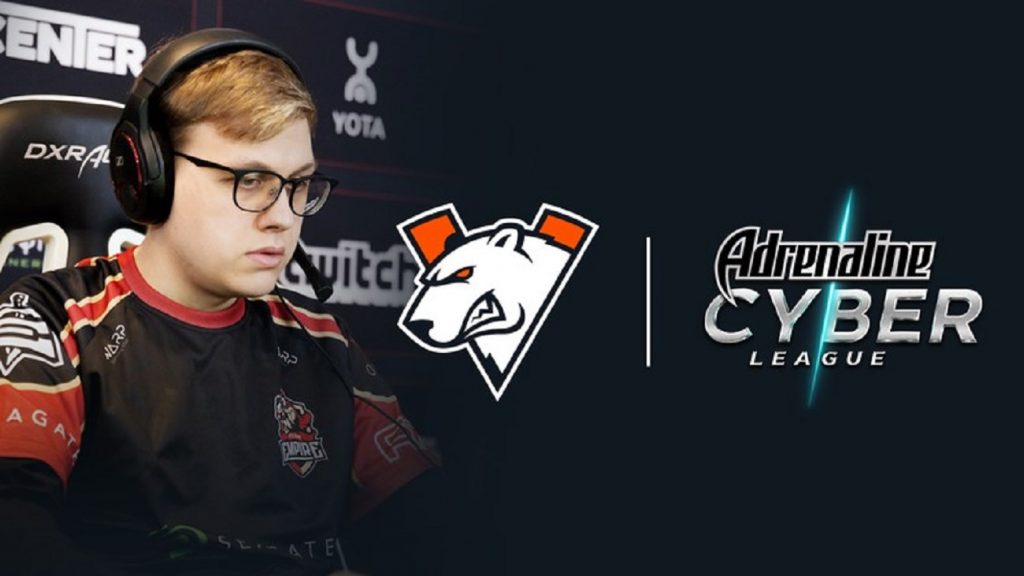 Adrenaline Cyber League 2019 descends on Moscow, Russia this coming weekend, May 25-26. It’s a small tournament in terms of competition though not prize pool. Only four teams are competing for the sizeable $100,000 USD on offer. This event is being run by Epic Esports Events, the same company who will host the EPICENTER Major 2019 at the end of June.

The big story of the event is that Virtus.pro is attending.

Unfortunately, our Dota 2 squad will miss ESL One Birmingham 2019.
Read the full statement on our website: https://t.co/7QM4XcBMDj pic.twitter.com/zVT6fjmCrr

The squad had pulled out of ESL One Birmingham 2019 on April 26. In a full statement, Virtus.pro’s general manager, Roman Dvoryankin, said “the current DPC season schedule has taken its toll and as we approach the peak of the season we need to focus on preparation for [the EPICENTER] Major and The International. Sometimes it means sacrificing events. We will work hard to perform on highest level and ensure the best results in these two tournaments.”

Granted, the ACL is only a two-day event, while ESL One Birmingham will be six days and therefore more intense. That said, they secured their invitation to The International 2019 after the third Dota 2 Pro Circuit Major this season, so the recently completed MDL Disneyland®Paris Major and the upcoming EPICENTER Major are by choice rather than necessity.

It is, however, also worth noting that Virtus.pro is owned by ESforce Holding. ESforce also owns Epic Esports Events, the company organizing both ACL and EPICENTER. While Valve has stated no one may own more than one team competing at The International 2019, apparently owning a team competing in the DPC event you are hosting is not a problem?

Regardless, Virtus.pro are competing with a stand-in: Rostislav “fn” Lozovoi will play in place of Pavel “9pasha” Khvastunov.

Some quick Dota news for the weekend:@BuLbaDotA_'s back! He'll be standing in for @Fly_dota2 for Adrenaline Cyber League, with Tal returning for ESL ONE Birmingham.

Our first match against Team Spirit at ACL is tomorrow at 3PM MST (8AM EST / 5AM PST) vs Team Spirit! pic.twitter.com/wH7ej4uz90

As of May 24, Evil Geniuses has announced they will play with a stand-in. Coach Kanishka “BuLba” Sosale will play in place of Tal “Fly” Aizik who will take some personal time before next week’s ESL One Birmingham 2019.

No information about the format of the event has been shared yet, but the Adrenaline Cyber League event held in November 2017 also featured four teams and used a single-elimination bracket. Two semifinals were held on the first day, with the best-of-five grand finals on the second.

The tournament will be broadcast in Russian on the event’s Twitch page.

Updated May 24 to reflect change to Evil Geniuses’ roster.