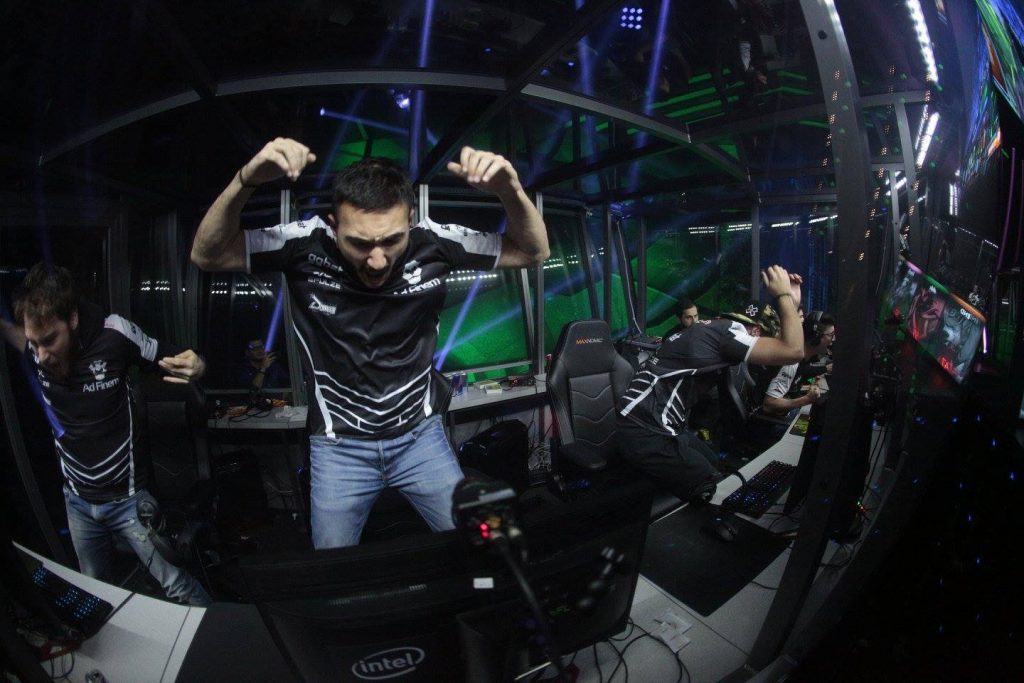 The Greek stack won hearts at the Boston Major in 2016. The full team has reunited. (Image via @AdFinemDota2 / Twitter)

That unforgettable Greek roster that shook the world at the Boston Major three years ago, will make its Dota Pro Circuit debut at the Dota Summit 11 Minor, after being reunited at Ad Finem. Omar “Madara” Dabachach, Dimitris “ThuG” Plivouris, Kharis “SkyLark” Zafiriou, Verros “Maybe Next Time” Apostolos and Giorgos “SsaSpartan” Giannakopoulos will once again be fighting side by side, after deciding to go their separate ways back in late 2017.

Together they achieved far more than they ever could apart, and with Beyond the Summit’s decision to include a modest live audience, we hopefully will get to see plenty more of the antics that helped make them a household name overnight. Dota is in need of something explosive, and if the Greeks can rekindle that magic, we’re in for one hell of a show.

Ad Finem’s run in the Boston Major in 2016 is unquestionably iconic, and prior to OG’s insane run at The International 2018, it was often considered the ultimate underdog story. This is interesting considering Ad Finem didn’t even win the tournament. Over the course of the Boston Major, Ad Finem became so beloved by Dota fans, that their one win in a 3-1 best-of-five Grand Finals defeat is easily more memorable than OG actually winning the tournament.

But why? Because Ad Finem were raw passion. Led by a crazy but lovable captain in Spartan, they were five Greeks who, after years of grafting the tier 2 scene together, had suddenly clicked. The Boston Major was their moment, and the fans became enamored with the fist-pumping and chaotic energy Ad Finem brought to the tournament. The Greeks were having the time of their lives together, and you couldn’t help but root for them.

When it came time for the Grand Finals and OG were up 2-0, fans were hoping that Ad Finem could at least get one back. It seemed only fair considering how memorable they had made the tournament, and Ad Finem delivered in style:

Once the tournament got underway, an OG victory seemed inevitable. For Ad Finem every win was a surprise to fans, and even the players themselves sometimes. Ad Finem became the people’s champions, but they would never mimic their run at the Boston Major. Over a year later the roster sadly disbanded, unable to replicate the success of Boston, and the five friends went their separate ways.

. @SsaSpartan's reaction to himself and his team. PRICELESS.

The death of the roster saw the majority of the roster retire from the game entirely. Mid-laner Thug went inactive for 18 months, as did team captain Spartan, aside from a brief six-week period playing for Clutch Gamers. Offlaner Skylark and support Maybe Next Time also competed sparingly, with only Madara grinding away in the search for a new home. It seemed their story together was over, but fortunately for us fans, they’re ready for one last ride. In the MDL Chengdu Major Qualifiers in October they drew all four of their matches, which included draws against two established orgs, Alliance and NiP. Although it was not enough to progress to the playoffs, it did qualify them for the 4-team Minor Qualifier where they placed 2nd, securing them a spot at the Dota Summit 11 Minor this week.

What the team will achieve at the Minor is anybody’s guess, but regardless of the results we can be sure they will provide the entertainment, and in the process help the DPC get off to a cracking good start. Tune into the Dota Summit 11 Minor beginning November 7.