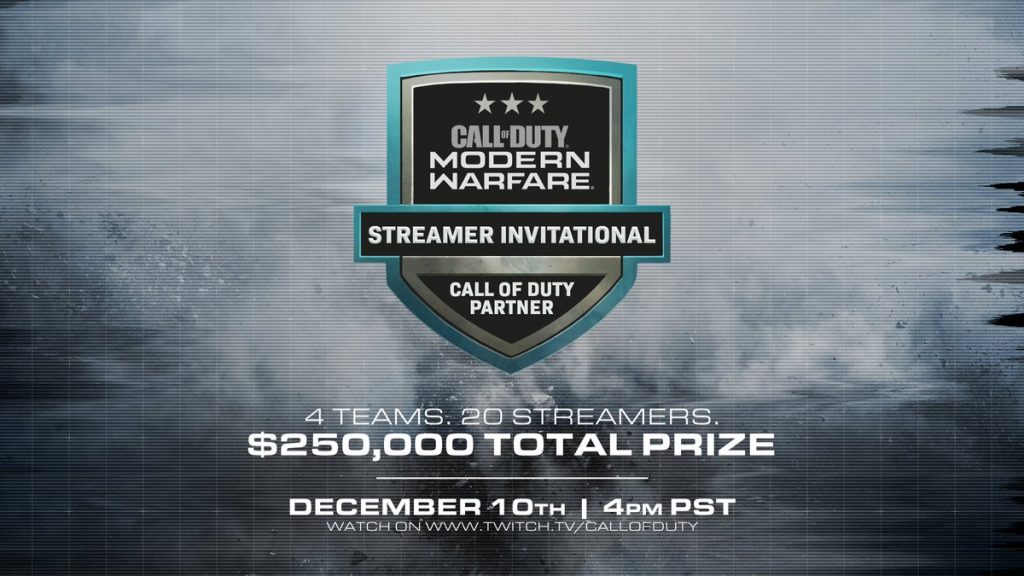 Activision has announced a Streamer Invitational for Call of Duty: Modern Warfare that will take place on December 10 at 4PM PT. The event will feature 20 Twitch Streamers separated into four teams who will compete for a prize pool of $250,000.

The teams are as follows:

Each streamer was handpicked by Activision and are prominent streamers across various titles.

Regardless of their background, each streamer participating is definitely bringing a competitive edge to the event.

The first Call of Duty: Modern Warfare Streamer Invitational kicks off tomorrow at 4PM PT, and you can watch all of the action on their official stream here.