3 Potential Trades to Spice Up the LCS 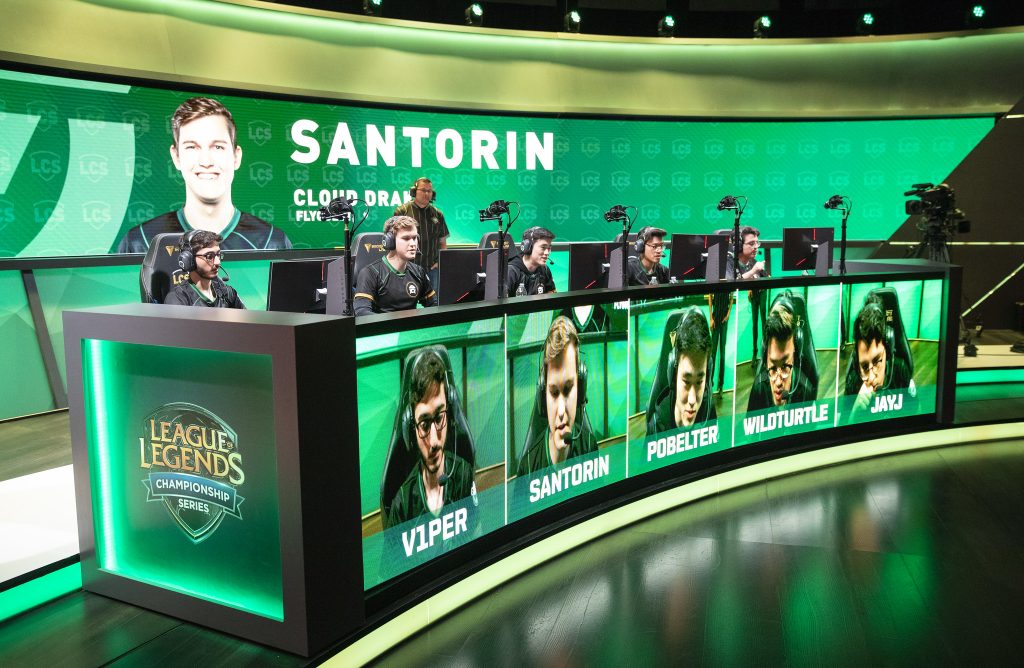 Time is running out in the Summer Season of the League of Legends Championship Series (LCS). We look at three trades (plus a bonus) that could make sense for teams as they set their course for the rest of 2019 and beyond. Or — at the very least — make the league more interesting.

Why FlyQuest make this trade:

FlyQuest is one of the few teams in the LCS without two imports in their regular starting lineup. In fact, they’ve played most of 2019 without a single one, before Kim “Wadid” Bae-in replaced       Juan “JayJ” Guibert. Omran “V1per” Shoura is a good, talented NA top laner, but his contract ends after this season. Kim “Ssumday” Chan-ho is a better top laner at this point in their careers, and FlyQuest have him under team control for another year.

Ssumday could provide enough of a boost to get FlyQuest to Worlds qualification — remember they got as many playoff points (40) as Cloud 9 from the Spring Season. His more passive playstyle may fit better with the team and allow Lucas “Santorin” Tao Kilmer Larsen to spend more of his time bot lane for Wadid and Jason “WildTurtle” Tran.

Why 100 Thieves make this trade:

100 Thieves have made their Summer Season roster decisions with winning immediately in mind. Picking up Maurice “Amazing” Stückenschneider and bringing up Yoo “Ryu” Sang-wook are not long term plays — the team wants to win now. If that’s the case, it makes sense to move an academy player for an upgrade on their main roster. Aaron “FakeGod” Lee has played well enough for 100 Thieves to win, but V1per represents a clear upgrade now.

Though V1per is only signed through 2019, it still could make sense for 100 Thieves to get out from under Ssumday’s contract. It doesn’t look like Bae “Bang” Jun-sik is going anywhere and the NA resident mid lane pool is shallow. Even if 100 Thieves can’t keep V1per beyond this season, it’s easier to import a mid laner (or just keep Ryu) and find an NA resident top laner than vice versa.

Why FlyQuest don’t make this trade:

The difference in salary between V1per and Ssumday is likely enormous and FlyQuest would be committing to it for an additional year. Ssumday wasn’t having a great season before he was benched and still has the lowest KDA of any top laner in the LCS this split (in only four games). FlyQuest have also been playing better since the addition of Wadid and may not want a second shakeup to their starting lineup.

Why 100 Thieves don’t make this trade:

Like FlyQuest, 100 Thieves have found some momentum and may not want to mess with their lineup. V1per is a better top laner than FakeGod, but 100 Thieves have been happy to put FakeGod in losing matchups and ignore his lane. V1per would require more attention. Ssumday in his prime is still one of the best top laners in the world, so 100 Thieves may rather hold on to him and re-tool their lineup around him and Bang in the offseason.

Why OpTic Gaming make this trade:

It’s no secret OpTic Gaming have struggled with top lane for some time. Niship “Dhokla” Doshi has been getting the starts in Summer Season over Kieran “Allorim” Logue, but Colin “Solo” Earnest could be an impact player for OpTic Gaming in 2019. Solo has had the best season of his career this summer, averaging the top CS per minute and gold share among LCS top laners despite often being focused by enemy teams.

Solo can play carries well but has also demonstrated his ability to carry without extra resources — by virtue of Echo Fox having non-existent junglers all season. OpTic have Lee “Crown” Min-ho and Noh “Arrow” Dong-hyeon locked up through 2020, so they can afford to take a shot on Solo for this season and evaluate if he fits into the team’s plans long-term.

Why Echo Fox make this trade:

Echo Fox have had a revolving door at jungle this season. Lee “Rush” Yoon-jae is gone, James “Panda” Ding is back in Academy, making Michael “MikeYeung” Young the next up. The early results have not been good. MikeYeung has a 0.76 KDA in his first four games, lowest in the LCS among junglers this season. Rush and Panda were at least averaging a kill or assist for every death.

Joshua “Dardoch” Hartnett is the name all NA fans go to when they see underperforming junglers. He’s an NA resident, has been one of the best LCS junglers when in the league, and has seemingly controlled the outbursts that set back his career in the early stages. Echo Fox has already given Samson “Lourlo” Jackson stage time during the season, so they clearly feel he would be a viable option. Dardoch comes with a contract through 2020, allowing Echo Fox a solid piece to build around.

William “Meteos” Hartman’s contract expires at the end of this year, so OpTic Gaming would go from having two starting-caliber junglers to zero this offseason. Meteos is sure to get attention on the free agent market, as is Solo. If OpTic Gaming aren’t sold on making a run at an LCS title or 2019 Worlds berth this season, it makes little sense to sacrifice Dardoch’s contract for a Solo rental.

It will look terrible for Echo Fox after basically dumping Dardoch in favor of Rush this offseason, only to send your best performing player to re-acquire him. Dardoch also might not be very receptive to playing with an organization that just replaced him — though we saw a very similar scenario play out with Echo Fox and mid laner Kim “Fenix” Jae-hun. Echo Fox may also want to commit to building their team around Solo for 2020 and beyond, though they will need to sign him first.

Brandini is one of the best top laners in Academy, which would greatly help OpTic Gaming in the LCS (Photo courtesy of Riot Games)

Why TSM make this trade:

TSM trade depth from their Academy team for an immediate impact in Meteos. TSM committed to starting Matthew “Akaadian” Higginbotham over Jonathan “Grig” Armao going forward, but Meteos would be a step above both and give TSM the best chance for a domestic title and at 2019 Worlds.

Meteos is a veteran who could lend sorely needed mid-late game shotcalling. Though he doesn’t play with the same aggression as Akaaddian, TSM have been able to generate leads via great solo lane play. Meteos would be the best jungler Søren “Bjergsen” Bjerg has played with in years and would pair well with Andy “Smoothie” Ta in establishing vision around the map.

Why OpTic Gaming make this trade:

OpTic Gaming are in a sort of no-man’s-land where they aren’t good enough to compete for a title but aren’t really dedicating themselves to building for 2020 either. Instead of going all-in on 2019, this version has OpTic selling off their expiring contract for a couple of Academy talents who have control through 2020.

Brandon “Brandini” Chen has LCS experience and has been one of the better top laners in his time in Academy. As we outlined earlier, OpTic Gaming clearly need to add competition in the top lane. Edward “Tactical” Ra is one of the best ADCs in Academy and will add to the depth of the organization, potentially allowing OpTic Gaming to explore using their import slot at another position.

Why TSM don’t make this trade:

If TSM believe in Tactical enough as a potential solution at ADC in 2020, they might have a hard time parting with him, even if Meteos is an upgrade for 2019. TSM also may not want to add another jungler to the mix after spending much of the Summer Season splitting time with Akaadian and Grig. Akaadian has played well enough to argue that the upgrade in player isn’t worth the time it will take to build synergy.

Arrow blocks Tactical and Brandini isn’t guaranteed to be an upgrade over Dhokla. It might not be worth taking the potential PR hit of punting on the rest of this season if the upgrades don’t seem strong enough. Meteos is a fan favorite, and it might be more beneficial to try to ink him to an extension and find a trade partner for Dardoch in the offseason.

There are a bunch of reasons this won’t happen. Yiliang “Doublelift” Peng is more valuable in almost every sense. He’s an NA resident, a bigger brand, speaks better English, and Team Liquid have no reason to consider moving him for Bang — even if Bang was the better player (which we’re not conceding he is).

All that said, it is interesting to consider. Team Liquid have an extra import slot open since Jung “Impact” Eon-yeong and Nicolaj “Jensen” Jensen became NA residents. Team Liquid would suddenly have three Korean speakers on their team, including Jo “CoreJJ” Yong-in as Bang’s duo. Meanwhile, Doublelift would be reunited with Rush Hour partner Zaqueri “Aphromoo” Black, freeing up Ssumday to re-join the starting lineup.

Again, Team Liquid have no reason to make this swap, even if they secretly believe Bang is a better player than Doublelift right now. But we can dream.