23savage: “We will likely not prepare at all” 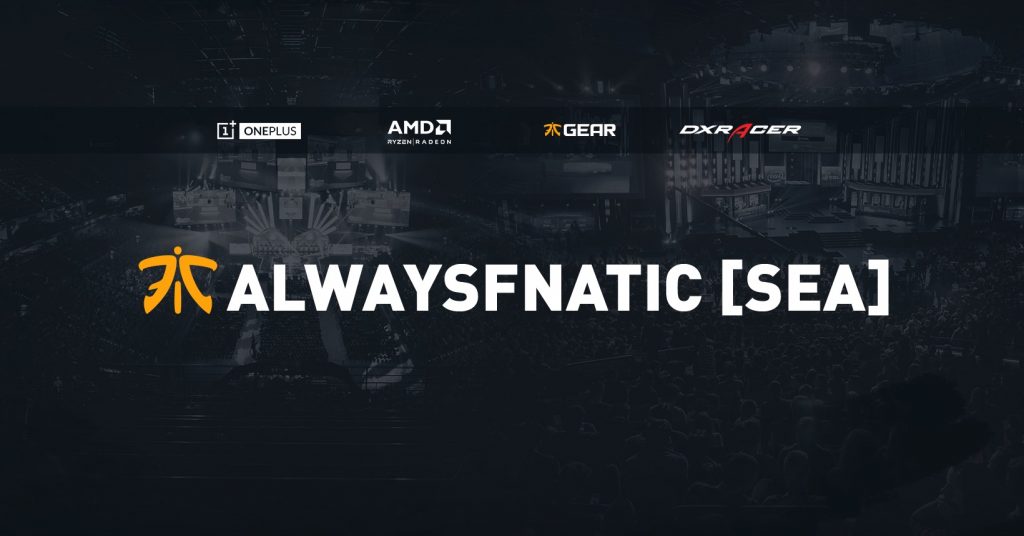 23savage joined Fnatic in September and is already headed to his first Dota 2 Major. (Image via Fnatic)

Fnatic was one of the first teams to qualify for the MDL Chengdu Major. This Major is the first tournament in the third season of the Dota 2 Pro Circuit, with an approximate prize pool of US$1 million and 15,000 circuit points on the line. New to the roster is the young Nuengnara “23savage” Teeramahanon. He’s a 17-year-old Thai talent who joined the team one month ago as a carry player.

The Southeast Asian team recently competed at BETWAY Midas Mode 2.0, placing second in the international division, behind Vici Gaming. Hotspawn’s Gillian “Kendryx” Linscott chatted with 23savage about his recent leap into the professional ranks and joining Fnatic ahead of the MDL Chengdu Major qualifier.

Kendryx: What was it like being picked up by Fnatic?
23savage: I am very happy and excited to play with a team that has regularly attended big LAN events. My team is comprised of veteran players and I cannot wait to see what I can learn and improve my gameplay.

Gonna do my best this season. Thank you for the biggest opportunity of my life! @FNATIC

What was the journey like going from aspiring pro player to being signed?
In 2018, my former team and I won a tournament in Thailand and the prize was a flight, accommodation and food for The International 8 in Vancouver. Watching the event, I realized that I want to be a pro gamer playing on such a stage and the first step was to finish my secondary education. I took an advance exam which resulted in myself ending my school earlier, so I can fully focus on Dota. It was rough at first with endless grinding ranked matches but with a higher rank, I got the attention of the professional teams and was eventually invited to play for Jinesbrus in the TI9 qualifiers.

Seeing as you were signed to Fnatic earlier this month, how was playing and synergizing with the team been?
The team has decided to take it slow for the upcoming Chengdu Major and we are not scrimming at all going into the qualifiers. The reason is so that everybody can get enough rest for the long season ahead. However, I have played pubs with the members of the team and it felt great.

What struggles have you guys overcome?
We have not started scrimming, so I do not know what problems we will potentially have yet. However, I am very confident that we will work it out if any arises.

Who have you enjoyed working with on the team?
Jabz. He has been my idol since I was a kid.

[Midas Mode] is your first tournament with Fnatic. How has Midas Mode been for the team?
Quite fun and challenging and we did pretty well, getting 2nd. The format of the tournament is very interesting but it is a shame the finals was cut short.

What was it like to almost qualify for TI9?
I did not expect that we would’ve gotten that far into the qualifiers. While we did not qualify for TI9, I was not sad getting second because it is a huge improvement and a learning experience for me.

Do you think that helped you get discovered by Fnatic?
That definitely helped raise my profile to be recruited by Fnatic.

What is competitive Dota 2 like in the Southeast Asia scene?
There are a lot of tier 2 in SEA that has a lot of great potential but they did not end up getting there due to environmental and personal reasons. Every time there is a qualifier to an event, there will be a lot of notable players and teams who sign up, I think that the Dota 2 scene in SEA is still very healthy.

Are there a lot of fans to support the team?
Yeah, I believe so. Hopefully, I will do them proud.

We see the last GGs called of the qualifiers, and we're going to the Chengdu Major! 🔜🇨🇳

Look at @23savageDotA coming into the lineup and carrying like this with no team practice. 😳😳😳 pic.twitter.com/4a8kxXzxpo

Are you nervous about the Qualifiers this weekend? How are you and the team preparing for the?
No, I’m not nervous at all. We are approaching this major quite openly and we are not going to get stressed out about it. We will likely not prepare at all going into the qualifier. You can call our first match, the first time we have played together with one another.

Thank you to 23savage for taking the time to answer our questions, and congratulations on qualifying for the MDL Chengdu Major! We look forward to seeing him and the rest of Fnatic compete at the event in November.