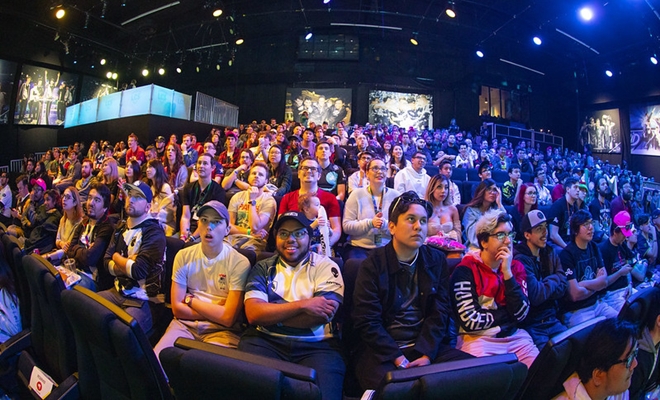 This will be the most drastic change to the LCS format since the introduction of best-of-threes in 2016. (Photo courtesy Riot Games)

Riot has unveiled a brand new format for the League of Legends Championship Series’ 2021 season. Beginning on January 15th, the LCS Spring Split as we know it will be replaced with a series of three smaller tournaments: the LCS Lock In, the Spring Split Regular Season, and the Mid-Season Showdown. The Summer Split will be broken up into the Summer Split Regular Season beginning on June 4th, and the LCS Championship on August 7th.

The competitive year will kick off with the LCS Lock In; a three-week tournament spanning from January 15th to January 31st that will serve to determine the strongest teams heading into the Spring Split Regular Season.

The top two teams from the 2020 Summer Split, TSM and FlyQuest, will pick their own groups to play in a four-day Round Robin. From there, the top four teams from each group will enter a single-elimination bracket of eight teams to determine the Lock In winner.

Aside from bragging rights, the team that wins the LCS Lock In will earn $150,000 dollars, and another $50,000 that will be donated towards a charity of the team’s choosing. They’ll also earn side selection during a regular season game five scenario in which the head-to-head between the two teams is tied.

After the LCS Lock In, the Spring Split Regular Season will take place from February 5th to March 14th. This new Spring Split will last six weeks, and games will be played on a schedule of five games a day across three days: Friday Night League at 3 p.m. PT, and Saturdays and Sundays at 1 p.m. PT.

The Mid-Season Showdown is akin to the LCS playoffs format we’re all used to. The top six teams from the Spring Split Regular Season will play in a double-elimination tournament where the winner will be crowned the first champion of the 2021 LCS season and qualify for the first international event of the year: the Mid-Season Invitational.

The difference between the Showdown format and the 2020 Spring Split Playoffs is that while the fifth and sixth seeds still start in the lower bracket, the first seed will have to play against the fourth seed. In addition to that, side selection will always go to the team that most recently fell from the winners’ bracket, and all ties will be determined by seeding.

In a mixup from last year, the Summer Split Regular Season will be a nine-week-long triple Round Robin tournament from June 4th to August 1st. Placement will help determine seeding for the LCS Championship.

The LCS Championship is a double-elimination tournament running from August 7 to August 29 that will determine the second LCS champion of the year and determine seeding for the 2021 World Championship.

Spring and Summer Split records will be combined and used to determine seeding. The format will be similar to Summer 2020 Playoffs with a few key adjustments. First, an inverted format will be used to keep rematches from happening as early in the tournament. Secondly, side selection will always go to the team that dropped into the losers’ bracket. And lastly, game days will be structured so that most teams won’t have to play twice in once week.

This announcement comes after Riot’s recent overhaul of the LCS Academy League that combined it with the Amateur circuit.