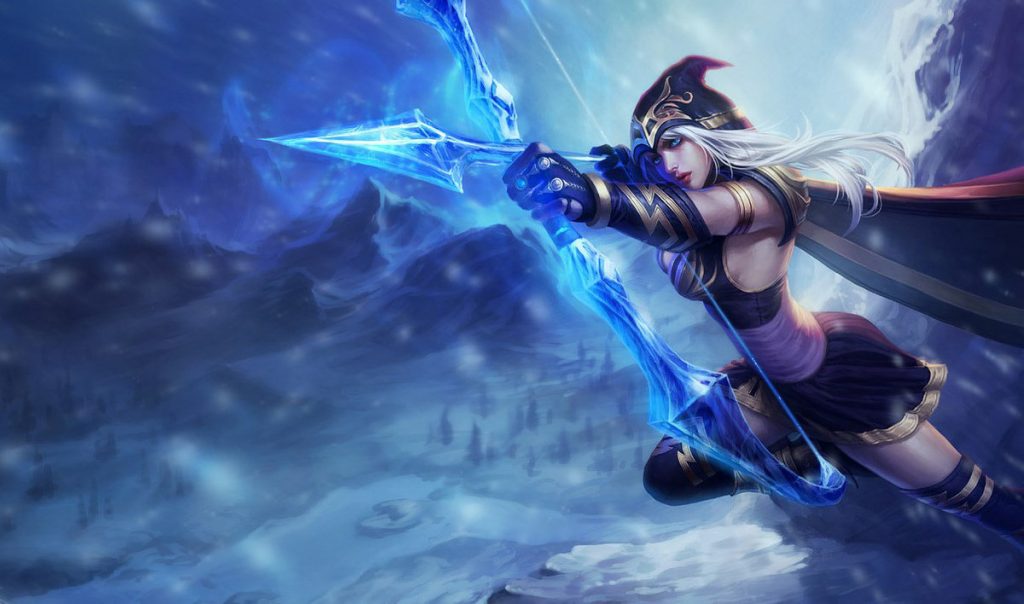 Ashe should be one of the most picked bot laners at the World Championship. (Image via Riot Games)

The 2020 League of Legends World Championship is upon us. The impact of teams from all over the world coming together always creates a fascinating meta. While that meta will take some time to develop, we can look at Riot’s latest patch and trends from the major regions to predict the champions we’ll see at Worlds.

As is the case with Worlds patches, Riot didn’t go crazy with any buffs or nerfs to champions. Still, there were some noteworthy nerfs and buffs to keep in mind as an international meta starts to form.

Several of the most picked champions in the Summer postseason received nerfs. Notable flex picks Lucian and Akali saw their damage nerfed, as did the blind pickable scaling mid laner Azir. Twisted Fate took a very small hit to his movement speed to slow down his roams, while Senna will get less passive drops off of minions. Caitlyn’s near 100% pick/ban rate earned her two nerfs — she lost both base attack damage and attack speed growth.

None of these champions were pushed out of viability, but the nerfs open up the possibility of new priority picks in their place. Some of the candidates received buffs aimed at bumping their pick rates up.

Aphelios, Sivir, and Vayne all got buffs as Riot tries to shake up the bot lane meta. Ashe remained untouched, but Caitlyn and Senna nerfs open the door for more diversity. Aphelios has been a favorite of bot laners before his repeated nerfs, so he could slot right back in as a power pick.

Sylas and Irelia were two popular flex picks that will only get stronger at Worlds. Both received buffs to their Ultimates — Sylas’ Hijack had its cooldown reduced, while Irelia’s Vanguard’s Edge had its damage buffed. Expect to see a lot of these two, especially as early picks to disguise whether they’ll go top or mid lane.

Ahri, Ivern, and Udyr all received buffs as well, but it would be surprising to see them gain popularity. None of the three appeared as a pick or ban in any of the four major regions during the playoffs.

One of the most exciting things about international competition like Worlds is seeing how the meta settles in. Every region develops their own meta throughout the year, but those playstyles get put to the test when playing against teams with different priorities. However, there is one common theme among the favorites in the field: they like to fight early and often.

The newly crowned TES surges into Worlds as the #1 seed from the LPL. With dominant laners across all positions, it will take flawless micro, calculated macro, and ppgodly luck to beat them. No, we're not capping. They're called Top Esports for a reason. pic.twitter.com/vlzuetmeN9

China has a well-earned reputation of being the most aggressive region in the world. Their Summer champions Top Esports had the most combined kills per minute (kills + enemy kills per minute) at 0.87 in the Summer Split of any major region team. However, it looks like the LEC and LCK could be catching up in that aggressiveness. G2 Esports (0.85 CKPM) and DAMWON Gaming (0.86 CKPM) were right behind TES in that category. In each of those three regions, the bloodiest teams ended up taking the Summer title.

On the other hand, there is the LCS. Of the 14 teams from the LPL, LCS, LEC, and LCK, three of the four lowest CKPM come from the LCS. FlyQuest (0.69) and TSM (0.62) came out ahead of Rogue (0.60), while Team Liquid were last of the 14 (0.57). Considering the best teams in the World are fighting early and often, these numbers bear out why North America is considered a distant fourth among the major regions.

So, when you consider that the best teams in the world are the ones taking the most fights, it only makes sense that we will see a very aggressive meta develop at Worlds. This is the way the game has been trending, going back to the previous two LPL World Champions in Invictus Gaming and FunPlus Phoenix. Playing slow and controlled with a commanding lead is almost always optimal, but you have to generate that lead first.

POPULAR CHAMPIONS IN EACH ROLE

There are a variety of different roles a top laner can play in the Worlds meta. Renekton is a top lane bully option, and his ability to be blind picked opens a team’s options for other counter picks. Ornn is a safe, reliable tank who will scale and be a force in team fights. Gangplank can be used as a scaling option against safe lane opponents.

Aggressive, carry style junglers are prioritized in the current meta. Graves and Nidalee can both farm very quickly, skirmish well, and dish out damage in the late game. Volibear is a better option as a frontliner with good early turret diving ability.

Mages are the unquestioned dominant force in mid lane. With Twisted Fate and Azir receiving nerfs, we will see the already high priority on Orianna, Zoe, and Syndra continue to rise. These champions are all great at clearing waves and scale well throughout the game.

Caitlyn was almost permabanned in the Summer playoffs, but the nerfs might bump down her playrate. Ashe was heavily utilized across all regions and should continue to be a power pick. Ezreal and Jhin are great champions for ranged poking that fit into most comps.

Crowd control is king among supports. That, coupled with the carry champions being picked in the jungle leads teams to pick frontliners in the support role. We will see plenty of Nautilus, Thresh, and Leona picked early. Karma is the most popular Enchanter.

The 2020 World Championship will kick off with the Play-in Stage on Friday, September 25th. MAD Lions will take on INTZ at 1 a.m. PDT in the opener.