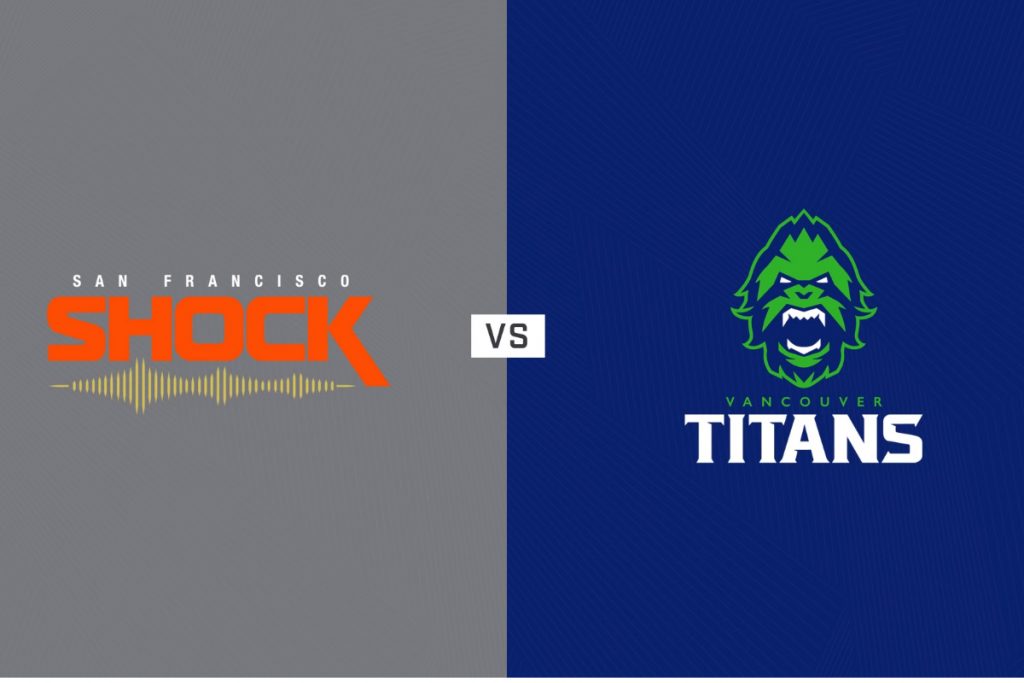 The double-elimination playoffs provided some of the best Overwatch the league has ever seen. There were insane upsets, hard fought matches going the distance and emotions that ran high. Everything has culminated in this moment—the Grand Finals. Both the Vancouver Titans and San Francisco Shock have been powerhouses throughout the entire 2019 season, and they look to settle the debate over which team is the best for the 2019 Overwatch League season. Let’s take a look at both teams’ journeys up to this moment, the players to watch and our prediction for who will take home the Grand Finals trophy.

Vancouver Titans – Despite being a new expansion team, the Vancouver Titans have been dominant all season. They had a 19-0 regular season record before dropping their first game halfway through Stage three and never gave up the top position the entire season. Twilight and Jjanu were both MVP finalists for Vancouver and Haksal won Rookie of the Year. The Titans won the stage one finals against the Shock and went the distance against them again in the stage two finals but came up short. With their extremely aggressive play, the Titans assert their dominance just about every match. They are in a prime position having ran through the playoffs without a loss and will carry that momentum into the finals.

San Francisco Shock – The San Francisco Shock started off the season relatively lackluster when they went 4-3 in stage one. They turned it up in the stage one playoffs, though and gave the Titans everything they had, but came up just short of the victory. The Shock bounced back during stage two in historic fashion. They became the first team in Overwatch League history to complete the “golden stage.” They didn’t drop a single map during the stage going 28-0 heading into the stage two playoffs. The faced off against the Titans once more, this time coming out on top. They lost a close match to the Atlanta Reign first round of the playoffs from an unfortunate mistake and were sent to the loser bracket. They ran it all the way back to the Grand Finals by winning each match after that 4-0. 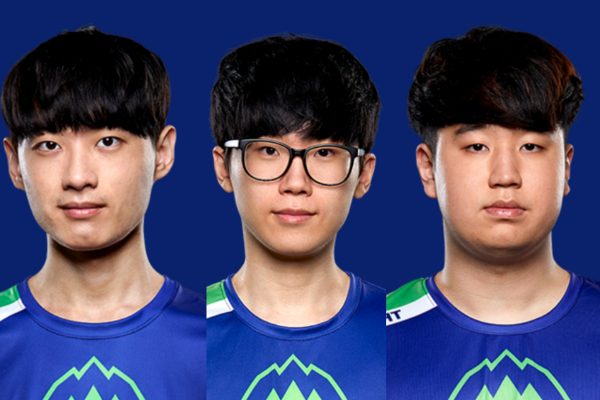 Haksal, Jjanu and Twilight have been leading the Titans all season. (Images via Blizzard)

Hyojong “Haksal” Kim – The Rookie of the Year, Haksal is a top talent in the Overwatch League and a driving force for the Titans all throughout their run this season. His Doomfist play in the playoffs has been top tier. Expect him to make a big impact on the outcome of this match.

Hyeonwoo “Jjanu” Choi – He was one of the two MVP candidates for the Vancouver Titans this year and was the cornerstone of the Titans’ tank line. He makes everyone else around him better in the off-tank role. His Sigma play started off quiet in the playoffs but picked up towards the end of the bracket.

Juseok “Twilight” Lee – The other MVP candidate for Vancouver, Twilight has been a consistent force all season with his stellar support play. He feels like the quiet leader of the team, and his consistency has been a key factor for Vancouver all season. 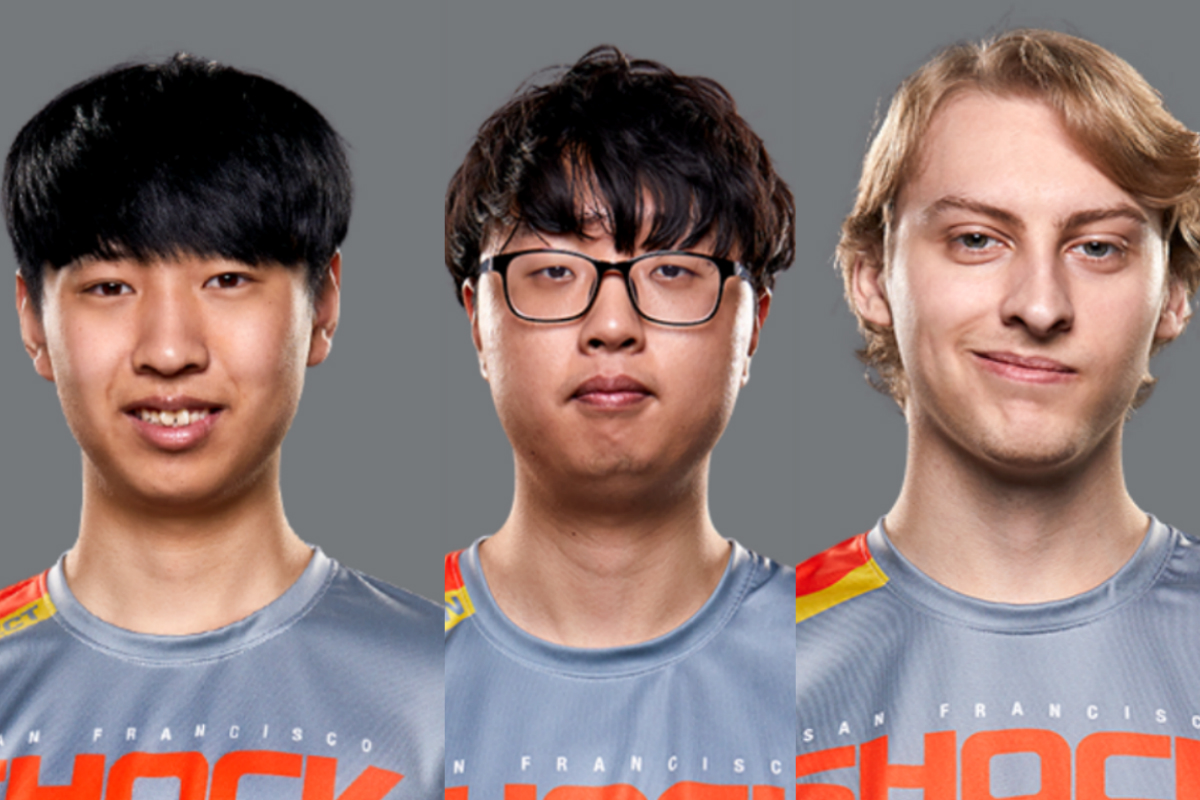 Architect, Choihyobin and Moth will be key for a Shock victory. (Images via Blizzard)

Minho “Architect” Park – He is often overshadowed by league MVP Sinatraa, but Architect might be the best pure DPS player on the Shock. He has been sharing time with Striker throughout these playoffs and when he gets his chance, he shines on stage. The Grand Finals is the perfect moment for him to truly shine.

Hyobin “ChoiHyoBin” Choi – The incredible off-tank phenom has been on of the best (if not best) tanks throughout the entire season. He looked shaky on Sigma when they lost to Atlanta, but has become a force to be reckoned with on the hero through the team’s dominant run in the loser bracket.

Grant “Moth” Espe – He flies under the radar for the Shock. Moth is one of the most consistent support players in the league and always seems to be making massive plays when it really counts. He helped support Sinatraa to league MVP and has done an incredible job making sure everyone is in a position to succeed on the stage. His steady play will be important in the Grand Finals.

Who Will Become Champion?

The Vancouver Titans and the San Francisco Shock have arguably been the two best teams throughout the entire 2019 Overwatch League season. Their head to head record stands at 2-2 and their map wins both sit at 11 each. Both teams have won a stage finals. Four out of the five MVP finalists were from them (two each). The Titans’ Haksal was the Rookie of the Year while Shock superstar—Jay “Sinatraa” Won took home the MVP. In a lot of ways, it was as if these two teams were destined to meet once more during the biggest moment of the 2019 season.

Both have momentum going into the Grand Finals, but I think that the Vancouver Titans are going to take the victory and Haksal will win Grand Finals MVP. They have proven to be the best all season and will turn it up when it matters the most. It will be an incredibly hard fought, though, with the potential to be the greatest match in Overwatch League history.