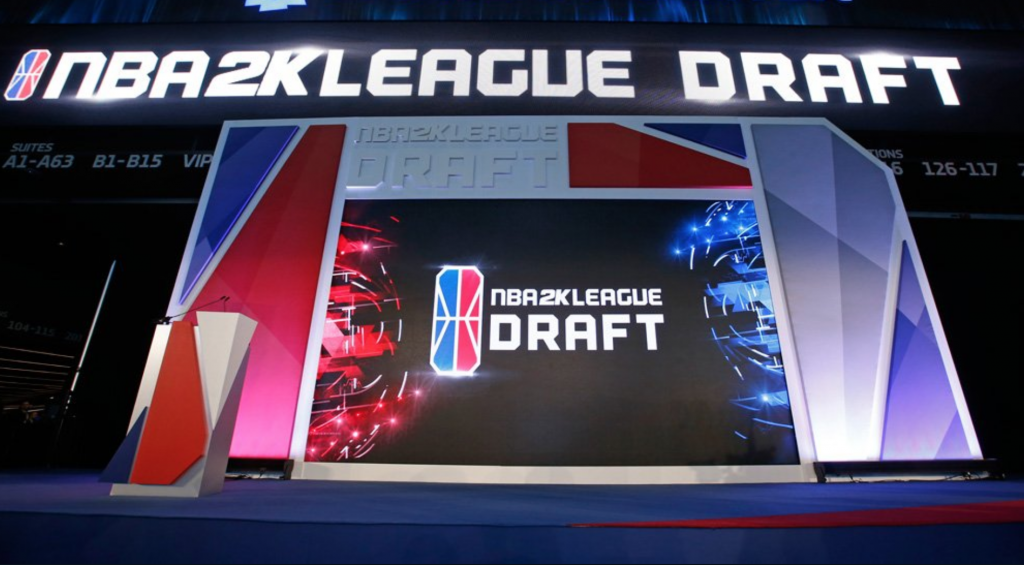 The 2019 NBA 2K League draft saw 75 players picked by the 21 franchises, rounding out their rosters ahead of the April 2 start date. (Photo courtesy of NBA 2K League)

The NBA 2K League held their second annual draft on March 5. The draft saw 75 players picked by the 21 franchises, rounding out their rosters ahead of the April 2 start date.

To the surprise of nobody, Jazz Gaming made Spencer “Ria” Wyman the top selection in the draft. Ria can easily slot into any of the frontcourt positions for Jazz Gaming and immediately forms a lethal duo with point guard Shaka “Yeah I Compete” Browne.

“The Jazz, they already have their leader, their set leader in Compete.” Ria said after being drafted. “I’m good friends with Shaka. And I’m just ready to get to work. I’m going to be a dominant player at 3 through 5, so we’re going to have a lot of different lineups we can run there in Utah.”

Though Jazz Gaming had a down outing in the inaugural season, they now possess one of the more intriguing cores in the league. Ria, Yeah I Compete and power forward Deedz could easily lift this team into the playoff picture in 2019.

Though the seats had started to empty, the roar was great when Warriors Gaming Squad selected Chiquita “Chiquitae126” Evans in the fourth round. With the selection, Chiquitae126 becomes the first female player in the 2K League.

Warriors Gaming underwent a major rework of their roster after a mediocre first season. Chiquitae126 will likely be part of a platoon on the wing for WGS with the offense expected to run through the likes of Kina, Gradient and BSmoove. That being said, Chiquitae126 can stretch the floor and should get plenty of catch-and-shoot opportunities in a free-flowing offense.

Mavs Gaming relied heavily on Artreyo “Dimez” Boyd last season. Though Dimez proved he was worth the first overall pick in the inaugural draft, Mavs Gaming struggled to get the right talent around the point guard. So, Mavs Gaming let everyone on their roster not named “Dimez” go over the offseason.

Mavs Gaming recommitted to building around Dimez by selecting complimentary players in PeteBeBallin, Sherm and GRANT MONSTER. There is no doubt that this is 100% Dimez’ team but the roster around him entering 2019 looks to provide much more secondary ballhandling and playmaking ability beyond the point guard.