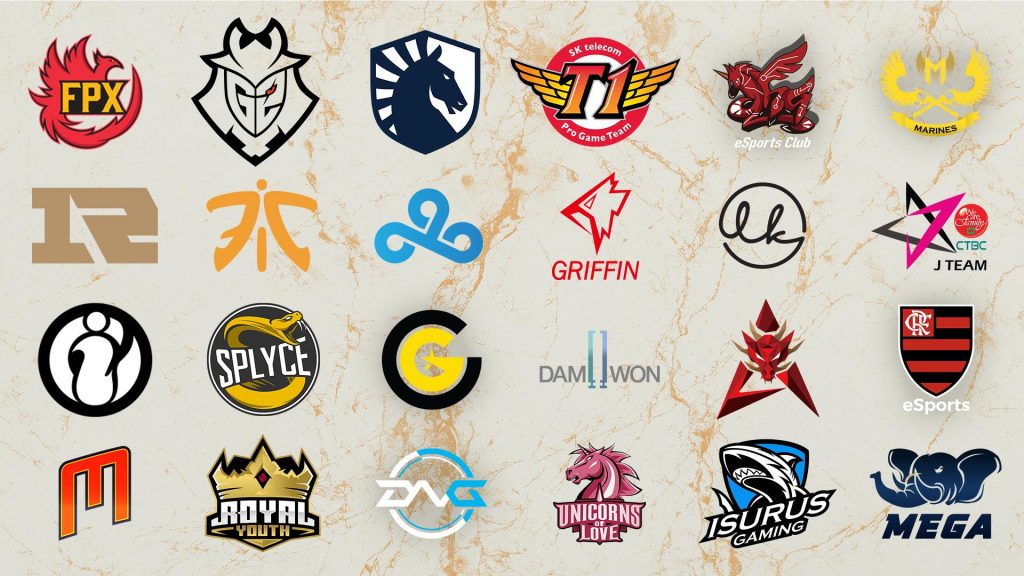 All the teams competing in the League of Legends 2019 World Championships. (Image via Riot Games)

The groups for the 2019 League of Legends World Championship have now officially been set. The group stage, which will take place in Berlin, Germany, will host sixteen of the best teams in the world. Twelve of those teams are already qualified, while another four will make their way in from the play-in stage.

While both Groups B and D will be seen as light compared to Groups A and C, Group B edges out D for the easiest group because they have two teams from regions outside of the “top four.” The LMS champion used to mean something more when it was Flash Wolves, but J Team and the LMS as a whole are weaker than what we saw in 2018. GAM Esports famously gave TSM a run in the play-in stage of the 2017 Mid-Season Invitational, but they are not expected to seriously challenge for a berth in the quarterfinals. FunPlus Phoenix are the favorites of the group and a challenger to win the whole tournament, but whatever play-in team is lucky enough to get into this group will have a good chance to find themselves in the quarterfinals.

You hate to see it as a Fnatic fan. Two of the most storied and successful teams in the history of League of Legends — SK Telecom T1 and Royal Never Give Up — headline the group of the 2018 World Finalists. All three of these teams were expected to make deep runs in the tournament, but now only two can make it on to the quarterfinals. On the plus side, we’re guaranteed to see another international match-up between the two greatest players of all-time: Lee “Faker” Sang-hyeok and Jian “Uzi” Zi-Hao. All of these teams can beat each other at any time, so it’s anyone’s guess as to who makes it out. Every play-in team will pray that they can avoid this group, where their run will probably be over before it begins.

There will be no excuses for Yiliang “Doublelift” Peng and Team Liquid if they fail to make it out of the group stage in 2019. ahq e-Sports Club are possibly the weakest of the twelve teams already qualified for the main event, while Invictus Gaming had a very uneven second-half of 2019 after Team Liquid upset them in the Mid-Season Invitational Semifinals. Even if DAMWON Gaming joins the group after the play-in stage, Team Liquid are expected to make it out. Invictus Gaming have the same team that beat everyone in 2018 and early 2019, but they’ll need to figure it out and play better than they did in the LPL Regional Finals to make another deep run at the World Championship.

RUNNER-UP GROUP OF DEATH: GROUP A

If Fnatic got screwed in Group C, Cloud 9 got the short end of the stick in Group A. The 2019 Mid-Season Invitational champions G2 Esports are the favorites in Group A, while Griffin are the early favorites to claim the other quarterfinals berth. G2 Esports have shown no signs of slowing down after their MSI win, taking the Summer LEC crown despite fierce opposition from Fnatic. Griffin followed up their Spring with another excellent Summer season, but questions remain about their ability to play well when the games matter the most after another 0-3 loss to SK Telecom T1 in the LCK Finals. C9 are known to have a Worlds buff, playing their best League of Legends to close each year. Will it be enough to close the gap against Griffin? Like Group C, best wishes to whichever play-in team finds themselves in Group A.

Twelve teams will battle it out for the final four main event group stage spots in the Worlds play-in stage. These matches will take place from October 2 to October 8 in Germany.

Make sure to follow Hotspawn throughout the League of Legends World Championship for more coverage. The play-in stage starts October 2, followed by the main event on October 12.