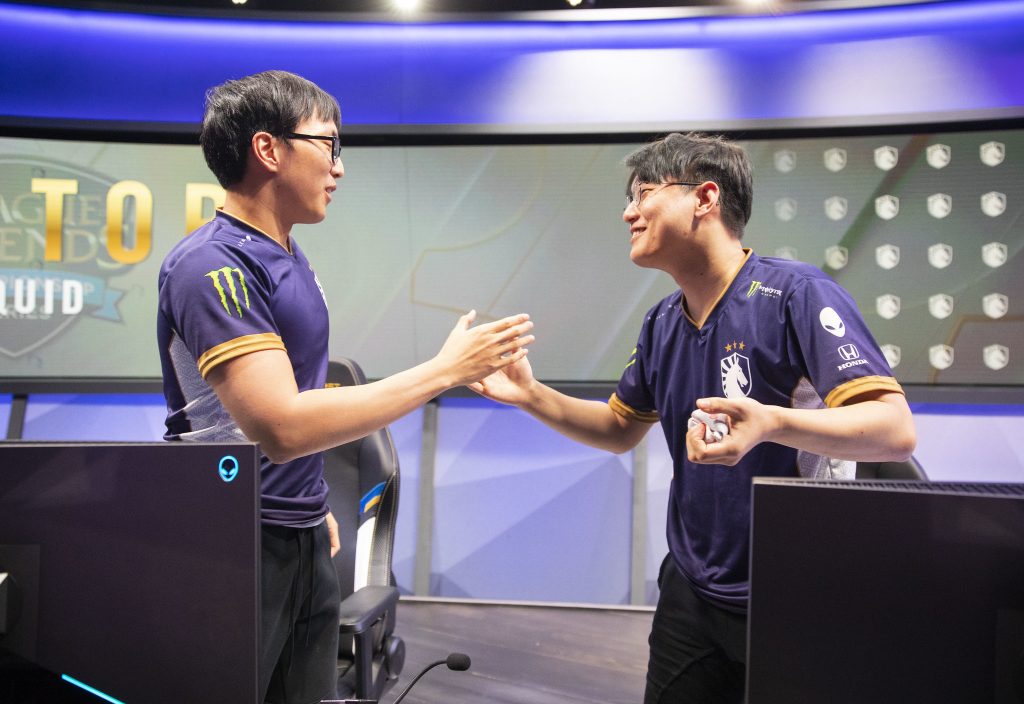 Two of the most storied organizations in League of Legends Championship Series (LCS) history — Team Liquid and Cloud 9 — advanced to the 2019 Summer Finals and clinched their spots at the 2019 World Championship with wins in the LCS Summer Semifinals. Team Liquid defeated Clutch Gaming in a surprisingly tense five-game series 3-2, while Cloud 9 handled Counter Logic Gaming with relative ease in a 3-1 win. The teams will meet at Little Caesars Arena in Detroit, Michigan as Team Liquid gun for their fourth consecutive LCS title.

There wasn’t much to dislike in the first two-and-a-half games in Cloud 9’s series against Counter Logic Gaming. C9 took an early lead in game one, choked out an uninspired CLG in the mid-game and won with no real contest in the opener. In game two, C9 took another early lead and quickly beat the life out of a CLG team that at least tried to contest objectives this time. Then, in game three, C9 built their biggest early lead of them all, going up 10k gold at 28 minutes against a CLG team that finally drafted for the early game. It was just a total evisceration of the third-best team in North America.

Except, C9 then proceeded to get caught out enough times to lose that 10k gold lead to a team with non-scaling champions like Jayce and Elise. So close.

Importantly, C9 were able to recover from that meltdown and an early deficit in game four to win the series and clinch their spot in the World Championship. Maybe it ends up being more important to them to prove they can mentally reset after a tough game, considering the reverse-sweep TSM engineered against C9 in the Spring Semifinals. Best-of-five series are a grind, and it’s always important that teams are able to mentally reset in between games and adapt over the course of the series.

So while the total throw of a 10k gold lead is never really a positive, C9 are at least able to take something away from it going into their series against Team Liquid. Even with that big mistake, C9 looked much more well-oiled than Team Liquid looked against what was supposed to be the more difficult opponent in CLG. The third-place match should show if C9 were just in total command of picking apart CLG on another level, or if CLG’s slow, grinding pace isn’t holding up as well in a best-of-five setting in which teams have a week to prepare.

CLG like to play for the late game. There’s nothing wrong with that, even in the current fast-paced meta. It’s certainly not optimal, but there’s something to be said for crafting a style that fits your players and getting good enough at it that it presents problems for the other team. It can be incredibly frustrating to play against and always has the promise of a come-from-behind win, even when they fall behind early.

However, there’s playing for late game, and there’s watching a team take your Nexus. There is no overtime after the Nexus falls. So it was disheartening to see CLG so afraid of picking a losing fight at the end of games that they opted to never fight at all. KDAs are cool, but nobody remembers the KDAs from the losing team.

Take game one for example. C9 were up 9k gold at 30 minutes, had Baron buff, and were on their way to win the game. Only one Nexus turret for CLG was still up and C9 had several minions fighting with them. CLG probably only wins a fight here — and in this context we’re considering any outcome where C9 doesn’t just end the game a “win” — something like one out of ten times. But that’s at least a chance, right?

Instead of throwing themselves on C9 at their turret, however, CLG ran behind their Nexus as C9 took the turret uncontested. Trevor “Stixxay” Hayes, the ADC of the team, seemed to be the only one interested in moving toward C9, flashing forward to deal damage and try to push C9 off CLG’s base. C9 killed him off, then finished off the CLG Nexus while the other four members of CLG watched.

The same type of frustrating sequence happened in both of C9’s Elder Drake takes in game 4. C9 would posture around the pit, burning the dragon down while threatening an engage. CLG always hesitated until C9 got it low enough to use Eric “Licorice” Ritchie’s Kled to buy space for C9 to finish the dragon. With the buff, C9 then had easy team fight wins.

CLG looked superb when they did find their time to engage, such as when C9 tried to close out game three and the series. Vincent “Biofrost” Wang had a beautiful Rakan engage setup for Stixxay’s cleanup and CLG stalled long enough to win the game. But CLG will need to pull the trigger a little more often in the Regional Finals if they want to represent North America at the World Championship.

Team Liquid didn’t destroy Clutch Gaming like many expected, but they were still the better team in their 3-2 win. Yes, TL lost two games against North America’s fifth-seed, but you need to remember two things. First, Clutch Gaming were hot entering the playoffs and dismantled the TSM team that almost swept TL in the Spring Finals. Second, TL were in complete command of their three wins. Games one and two were not close, and game 5 was the most lopsided of the series. At no point in the series did it feel like TL were in actual danger of losing.

Nicolaj “Jensen” Jensen, package mistake in game five aside, looks to be unlocked on a different level in the Summer playoffs. Tanner “Damonte” Damonte was very good in the series, but Jensen was an absolute terror on Akali, forcing Clutch Gaming to drop the Sona ban for it in the pivotal game five. When he’s playing more like a world-class mid than just an elite LCS mid, TL have a chance at making a deep run at the World Championship.

If there was one point of concern in the series, it was Jung “Impact” Eon-yeong feeling less impactful than Heo “Huni” Seung-hoon. Impact had been TL’s best player since MSI, but he was more or less along for the ride in this series. Remember, it was his problems with Sergen “Broken Blade” Çelik in the Spring Season that almost led to a TSM upset. Impact will need to bounce back this weekend against an even more threatening player in Licorice.

While Cloud 9 and Counter Logic Gaming were supposed to be the exciting match of the weekend, few expected Clutch Gaming to make an interesting series of it against Team Liquid. But boy did they deliver. Picks like Qiyana mid, Skarner jungle, and Rumble top kept TL off balance and Clutch Gaming took two games off the MSI finalists.

Cody “Cody Sun” Sun didn’t seem to have any mental block against Yiliang “Doublelift” Peng, showing out with 5/0/12 and 7/1/6 performances in CG’s two wins. His added threat in the bot lane makes it tough for teams to focus solely on shutting down Huni. Damonte played very well against an elite mid laner, comboing on Qiyana so well that TL opted to ban away the champion for the rest of the series.

As exciting as it was for CG to force a game five, they will kick themselves for their draft. It made sense for CG to drop their Sona ban for Akali after Jensen’s performances on the champion, but CG’s first pick of Tahm Kench was a death sentence for the team. Even if it stopped a potential Sona/Tahm Kench lane, TL were able to easily respond with Sona/Taric and commit to it while knowing CG could never pressure them with Tahm Kench. The game was every bit that disaster, as TL had a free hyper-scaling bot lane.

But as long as they learned from that mistake, CG has a good of a shot as any remaining LCS team of making the World Championship. They’re peaking at the right time of the year and have shown they have the playmakers across the map to fight back against the better teams in the world. Even if CLG were the favorites to make Worlds after the quarterfinals, you’d have to give the nod to CG after their inspired series against TL.

Team Liquid look for their fourth straight LCS title, while Cloud 9 look for their first since 2014. Both teams have powerful solo lanes. Jensen faces off against his replacement Yasin “Nisqy” Dinçer, while Impact takes on Licorice. Doublelift and Jo “CoreJJ” Yong-in have the bot lane advantage for TL, so likely LCS MVP Dennis “Svenskeren” Johnsen will have to make some magic happen to keep C9 in it. We’ll stick with our original pick: Cloud 9 pulls off the 3-2 upset.