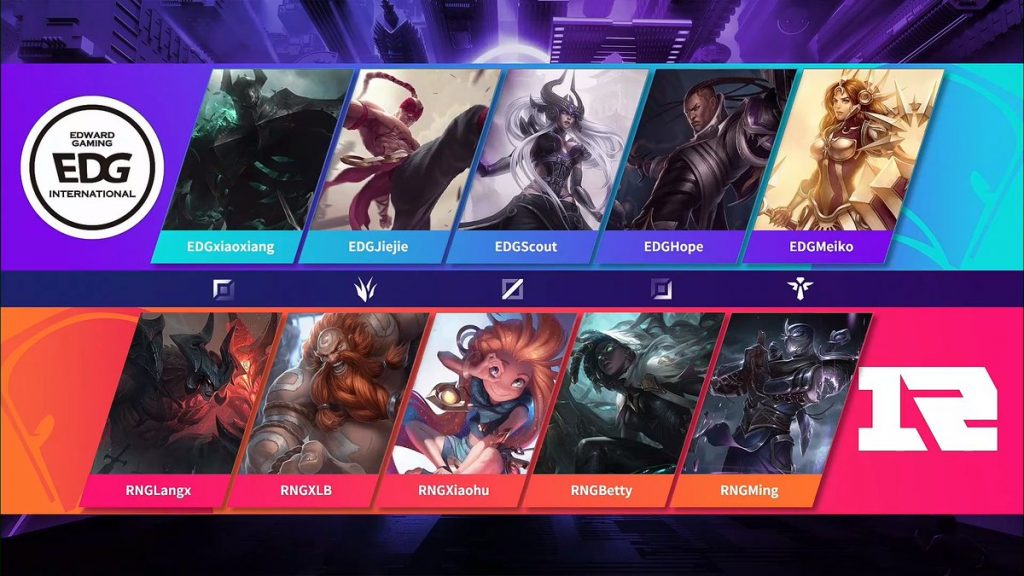 Royal Never Give Up defeated EDward Gaming three games to one to win the Demacia Cup.

The LPL kicked off the League of Legends season with the Demacia Cup. Though it took place in the final week of December, the Demacia Cup was the first tournament to take place with the new 2020 rosters. We took a look at some of the teams using their projected starting lineups to see how they fared in their first action of the year.

Royal Never Give Up defeated EDward Gaming three games to one to win the Demacia Cup. Though they played without bot laner Jian “Uzi” Zi-Hao, RNG fielded the rest of their starting lineup, including rookie jungler Li “XLB” Xiao-Long. Lu “Betty” Yu-Hung proved to be more than capable of filling in for Uzi, as you would expect from someone of his caliber.

RNG lost their first game in the finals after a rough start by mid laner Li “Xiaohu” Yuan-Hao, but he and the team recovered in the following three games. All eyes were on new junglers XLB and he delivered, particularly in his 7/0/9 Lee Sin performance in the closeout game. He picked up First Blood on Lee “Scout” Ye-chan in Game 4 by using his flash to dodge Zhao “Jiejie” Li-Jie’s Jarvan IV knockup. Teams aren’t deep into their training this early in the season, but it’s promising to see XLB integrating into the lineup quickly.

On the flip side, RNG barely made it out of their group. They lost to Oh My God and JD Gaming to open the tournament, needing tiebreakers to advance from a three-way tie. An adjustment period can be excused, but OMG had even more roster turnover than RNG. It wasn’t a perfect tournament for RNG, but they’ll obviously be happy with the final result.

SUNING HAVE A DISAPPOINTING DEBUT

A team that didn’t look good at the Demacia Cup was Suning. The team played their revamped starting lineup in all four games and went 1-3. Their only win was over LDL opponent LinGan e-Sports. Suning then lost consecutive games to Vici Gaming, Team WE, and FunPlus Phoenix. The loss to FPX was particularly concerning because FPX fielded their LDL roster.

Suning is obviously a team in transition. Top laner Chen “bin” Ze-Bin is getting his first LPL action and bot laner Wei “Weiwei” Bo-Han is transitioning from jungler. Even mid laner Xiang “Angel” Tao spent most of the Summer Season playing top lane. But at the same time, Suning have two heralded and experienced veterans in jungler Lê “SofM” Quang Duy and support Hu “SwordArt” Shuo-Chieh. Even if Suning aren’t a playoff shoo-in, it’s very disappointing to see them losing to an LDL roster.

It will be interesting to see Suning’s identity develop in 2020. Bin is a carry top laner and showed off his Akali skill in a 7/0/3 win over LG, but he was held in check against the LPL teams. With his early learning curve and Weiwei in a new role, it’d make sense for SofM to prioritize Angel mid lane. Still, carry tops need protection and SwordArt may be the strongest player on the team, so it’s hard to ignore the other lanes. SofM will have his hands full keeping his laners happy.

VICI GAMING OFF TO A PROMISING START

The team looked much better than the 2019 iteration that finished 15th and 16th in the LPL. VG opened the tournament with a loss to FPX’s LDL roster but rebounded to beat Suning and Team WE to advance to the knockout stage. They then bested Top Esports 3-2 before falling to EDward Gaming 2-3. A 3-0 loss to JD Gaming in the third-place match was anticlimactic, but this was still much better than VG could have expected heading into the tournament.

Forge and iBoy were standouts in their debuts for VG. Forge was expected to be an upgrade over Chen “Jay” Bo, but iBoy has some big shoes to fill with Ding “Puff” Wang’s departure to iG. iBoy reminded why he is still one of the best mechanical players in the LPL, showing off on Kai’Sa against TOP and EDG. It was also promising for VG’s future drafting that he showed comfort on low mobility champions like Miss Fortune and Varus. As a young team, we can expect VG to continue to grow rapidly, especially as kkOma has more time to develop the roster. VG are quickly turning into a team to watch in 2020.

We've lost the series to JDG and thus finish 4th place in #DemaciaCup 2019.
Definitely a productive, learning opportunity for us!
Next up, See you in the 2020 LPL Spring Split! #VGFighting pic.twitter.com/QCh203il1p

The 2020 LPL Spring Season will begin on Monday, January 13.