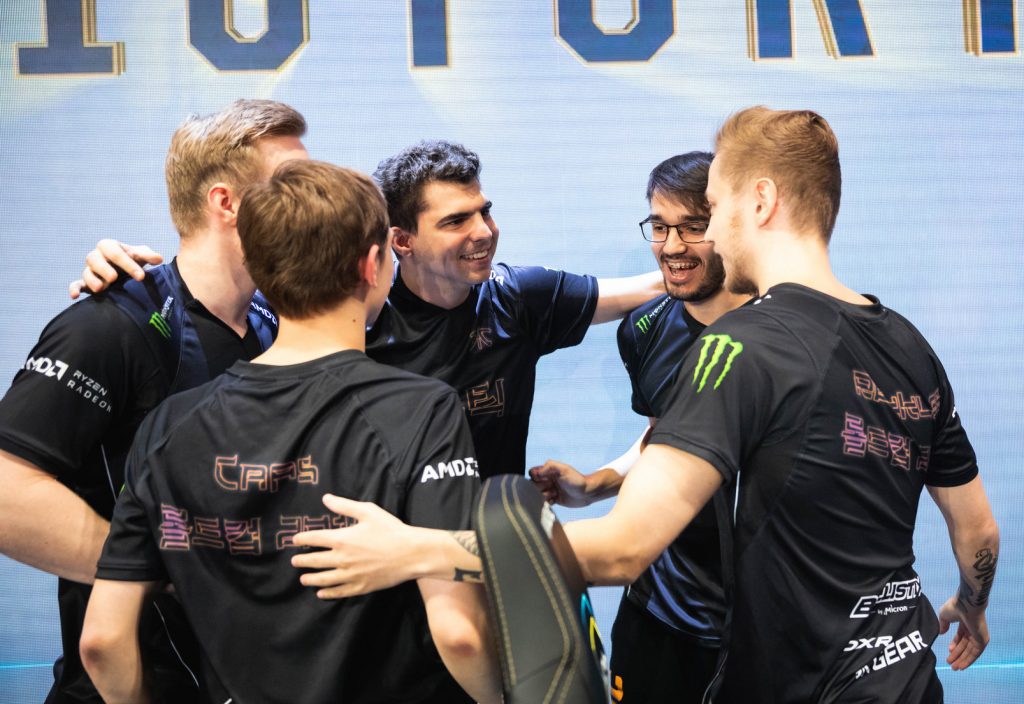 And then there were four. Only G2, IG, C9 and Fnatic remain in the LoL World Championships with the semifinals taking place this weekend.

The stage is set as only four teams remain in the 2018 League of Legends World Championship. The hopes of North America, Europe, and China rest in the hands of G2 Esports, Invictus Gaming, Cloud 9 and Fnatic. We preview the coming matches with a look back at Group Stage performance, win conditions for each team, and final predictions.

G2 Esports upset tournament favorite Royal Never Give Up in 5 games in the quarterfinals. Perkz had a sensational series and RNG could not keep up with him and Wunder in the solo lanes. G2 showed great poise in the series and shouldn’t be intimidated against the last remaining eastern team.

Invictus Gaming pulled off the upset against the other tournament favorite, KT Rolster. Like Perkz, Rookie was the star for IG in the 5 game series. What was more important for IG, though, is that JackeyLove stepped up to make the critical play for IG in game 5.

Perkz neutralizes Rookie in lane and doesn’t let him create advantages for IG. It was one thing to dominate Xiaohu, but it would be unreasonable to expect that to happen against Rookie. That doesn’t mean to shy away from assassins and high damage dealers, but to make sure not to give Rookie an inch in lane with any misplay. G2 have struggled when behind, and it makes it tougher — if not impossible — to execute a 1-3-1 split-push if IG exit the laning phase with a gold lead.

Hjarnan and Wadid have a signature moment at Worlds. They held up well against Uzi and Hjarnan draws a Heimerdinger ban every game, but the duo has not yet taken over a game. Baolan and JackeyLove are not the strong point of IG and can be attacked. At some point in the series, G2 will need their bot lane to draft a winning lane matchup, crush it, and put their mark on Worlds 2018.

Rookie does it again. And again. And again. He has delivered every step of the way for Invictus Gaming and that has to continue against Perkz and G2. Jankos will surely be around mid, early and often, so Rookie will have to navigate his threat while also laning against one of Europe’s finest mids. KT Rolster tried throwing as many as 5 mid bans at Rookie to no avail, so G2 have no hope to out-maneuver him at champion select.

Speaking of targeted bans, IG gets Ning on his comfort picks. Ning has three comfort champions: Xin Zhao, Camille, and Zac. He has played Camille and Xin Zhao almost exclusively at Worlds but threw in a wrinkle with Kindred in game 5 against KT Rolster. Having to take away so many champions from Rookie has allowed him to get the champions he can perform well on so far. IG must continue to prioritize comfort for Ning early in the draft to give him the freedom to play confidently and aggressively around Rookie.

In a series that should be close, sometimes the tie-breaker is to go with the best player. That’s Rookie.

Cloud 9 dominated Afreeca Freecs 3-0 to send the final Korean team home early. Afreeca could not stand up to Cloud 9’s mid game team fighting. Svenskeren had a great performance and looks to solidly be the starter heading into the Fnatic series.

Fnatic took care of business against Edward Gaming 3 games to 1. EDG got the better of Fnatic in the early game of all four matches, but Fnatic were able to pull through when the teams grouped up after laning phase.

Cloud 9 punish Fnatic during laning phase. This was something Edward Gaming were able to do to Fnatic during the quarterfinals, but EDG were unable to transition to the mid-game. Cloud 9 have shown adept at doing just that, and Fnatic looked vulnerable in early laning. Sneaky isn’t known for his laning phase, to say the least, but Svenskeren and Zeyzal are very aggressive and may look to attack Rekkles and his perceived passive laning style.

If Cloud 9 is to win off the back of laning, Licorice will be one of the catalysts for C9. Bwipo had a rougher time in lane vs EDG than we’re used to seeing and Licorice may be able to exploit Bwipo the way Ray did. Fnatic always have the option to turn to sOAZ, but he is known more for his team fighting at this point in his career than being a dominant laner. Licorice should be able to get counterpicks, if Fnatic wants to save Caps’ pick and use that to get ahead in top lane.

Broxah jungles circles around whoever Cloud 9 plays in jungle. Broxah has looked like the best jungler at Worlds so far and Fnatic need that to continue in this series. Svenskeren had a great quarterfinal, but C9 brought two junglers for a reason. Broxah will need to help bridge Fnatic from the early game to the mid-game by playing around Caps and securing priority around mid lane.

Fnatic continue their run of excellent mid game team fighting. It isn’t easy to make one of the top teams in EDG look foolish time and time again in fights where EDG had more gold, but Fnatic did it. Cloud 9 are unlikely to lane as well as EDG did against C9, but will likely put up a more formidable fight in terms of establishing vision and fight selection. If Fnatic can pick their fights as well as they did against EDG, they will advance to the finals.

Broxah is the series MVP and Fnatic advance to the finals for a re-match with Invictus Gaming.