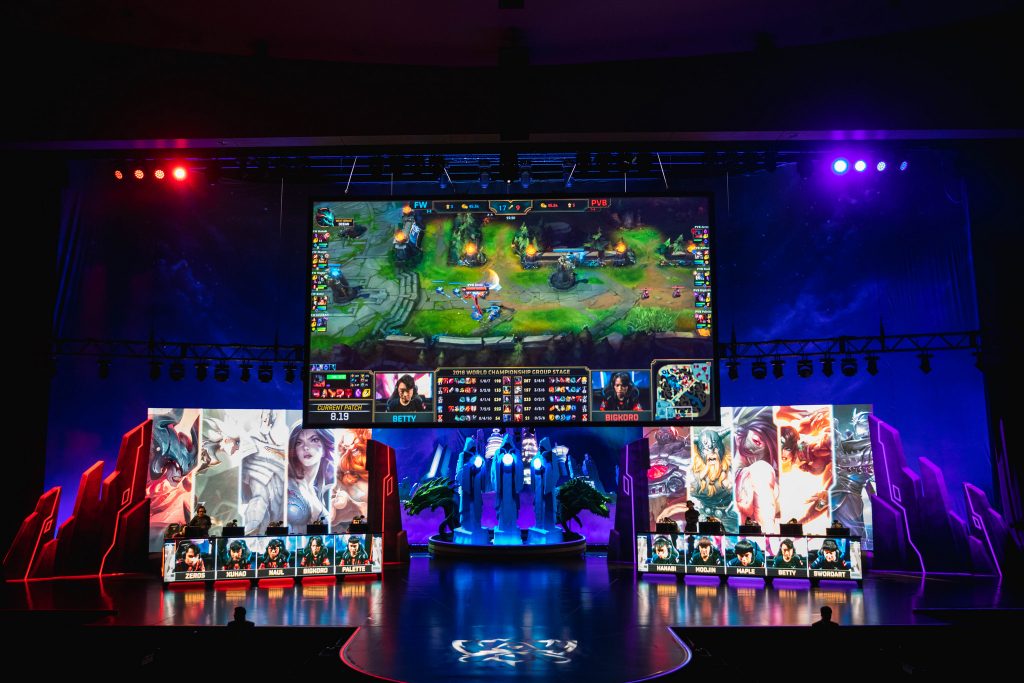 The League of Legends World Championship Quarterfinals kick off on Saturday October 20.

With the Group Stage complete, the scene is set for the best-of-five quarterfinals matches at the 2018 League of Legends World Championship. This is when preparation and perseverance are tested. We preview the coming matches with a look back at Group Stage performance, win conditions for each team, and final predictions.

KT Rolster handled Group C for 1st place as expected. They were never really threatened by top North American seed Team Liquid or MAD Team. It did come as a surprise that they split 1-1 with Edward Gaming, a potential reason for worry heading into their match against Invictus Gaming.

Invictus Gaming had a relatively easy path to advancement in Group D. 100 Thieves and G-Rex never stacked up and were likely the weakest combination of teams in a group. The real trouble for IG were losing 2 of 3 to Fnatic to drop down to 2nd place.

Score crushes his jungle matchup against Ning. Score is one of—if not the—best junglers in the world and Ning has struggled when he isn’t put on Xin Zhao or Camille. Ban those out, let Score go to work, and KT Rolster will be at a large advantage on a team already full of superstars. Jungle priority gives your team the option of either picking early game lanes and smashing early or picking late game scaling and having assurances you can get there.

KT Rolster also plays against Invictus Gaming with respect. We’ve seen lapses from KT already, such as when Smeb was First Blooded by MAD Team’s Liang. Their lone loss to Edward Gaming was orchestrated in part by giving up Urgot to Ray and not doing anything to hold him down during the laning phase. It’s past the point in the tournament when KT can play sloppily and expect to move on.

Invictus Gaming puts it on Rookie’s shoulders and he delivers. He is the one advantage that IG boast and is on arguably the most important role in the game. Mid priority controls the map and can allow Ning the room to breathe against Score. Sometimes all it takes is a transcendent talent to knock off a giant, and Rookie has that kind of performance this series.

IG also engages KT in true LPL warfare. Namely, they fight early and often. IG do not have the map generals KT have in Score and Mata, but they have been made and molded in the most aggressive league in the world. KT were undisciplined against one LPL team and IG can use that blueprint to advance.

Too much firepower on KT Rolster and not enough help for Rookie on Invictus Gaming.

Royal Never Give Up had to play a surprising tiebreaker against Cloud 9 to make it out of Group B in 1st. Losses to Team Vitality and Cloud 9 revealed that RNG are beatable, but their tiebreaker win was a reminder that they’re still a favorite at Worlds 2018.

G2 Esports continued their successful run through play-ins into the Group Stage. They took advantage of a Phong Vu Buffalo upset of Flash Wolves to get a rematch with FW. G2 picked their signature Heimerdinger and split-pushed their way into the quarterfinals.

How Royal Never Give Up Advance:

Royal Never Give Up gives Uzi whatever champion he wants to play, picks Ming whatever champion Uzi wants him to play, and Uzi destroys bot lane. It’s no secret that, no matter how well they’ve played in spurts, G2’s bot lane remain their weakness. Uzi is the most powerful strength any team at Worlds 2018 has. This is a mismatch, and Uzi abuses it.

RNG also picks hard engage to force fights against G2. G2 has shown to be adept at 1-3-1 split-pushes, while RNG are the best team fighting team in the world. Picking hard engage like Ornn, Lissandra, Rakan, etc. allows RNG to set the pace and be proactive despite whatever G2 want to do on the map.

Jankos re-finds his form as the First Blood king. G2 struggled in the early game during the Group Stage, eventually overcoming the weakness through their split-push. This won’t work against RNG. Jankos needs to be active early and often, snowballing G2 solos Perkz and Wunder. They have the skill to give G2 a chance to shut down Uzi in team fights.

G2 also finds a way to stay competitive bot lane. Maybe RNG isn’t afraid of Heimerdinger and leaves him up. Maybe G2 bust out another mage like Brand for Hjarnan. Whatever the picks, G2 need to get something that puts Uzi off balance during the laning phase. Do that, and it allows G2 to attack the rest of the map and pull off the upset.

G2 doesn’t have the guns to stop Uzi on his quest for his first World Championship.

Afreeca bounced back in a huge way during round 2 of the round robin. They began Worlds 2018 with worrying losses to G2 Esports and Flash Wolves. AF rebounded to win their next 4, including a sweep through the back half of the Group Stage to advance 1st in Group A.

Cloud 9 also overcame a 1-2 start to advance to the quarterfinals. Wins over Royal Never Give Up, Team Vitality, and Gen.G gave hope to North American fans. Cloud 9 eventually fell to RNG in the tiebreaker to finish 2nd in Group B.

Afreeca Freecs take advantage of superior coaching in the best of 5 series. This is not a knock on Cloud 9’s coaching staff. Afreeca have just shown to be the best at draft adaptations over the course of 2018. It was on full display as they turned around their 0-2 Group Stage start and will be the catalyst for their advancement to the semifinals.

AF will also neutralize Cloud 9’s aggression. The last three games of the Group Stage all played out the same for AF: the game was tied at 20+ minutes and AF found the right fight to take the lead and convert the win. By playing risk-averse in an admittedly early game focused meta, AF have the advantage in converting mid game fights.

Jensen and Licorice are given carries and run over the series. Traditionally the Korean side has the more potent carries, but this isn’t your grandpa’s World Championship. Cloud 9 avoids putting Licorice on Ornn and Jensen on Galio all series and unleashes their full carry potential. Afreeca can’t stop Cloud 9 in the draft if C9 always has a solo counter-pick available.

Not only do Cloud 9 give their solo laners carries, but they put Zeyzal on an engage support. No getting fancy and putting him on peel duty. Zeyzal was made for engaging fights and does it as well as anyone in his current form. With him on engage, the solo lanes on carries, and Sneaky on Pizza Delivery Sivir, Cloud 9 can run over Afreeca Freecs.

Preparation and draft adjustments will be key in Afreeca edging out a close series win.

Fnatic were the lone western team to advance out of groups in 1st place. They finished Group D 6-1 after winning both matches against Invictus Gaming in the final day of the group. Fnatic are the greatest western hope.

Edward Gaming showed the inconsistency they were known for in the LPL during the Group Stage. They were able to take a game off of KT Rolster, but then lost to Team Liquid to prevent a tiebreaker game for 1st. EDG settled for 2nd in Group C.

Fnatic control the mid game. EDG notoriously struggle with establishing vision and knowing where to make plays on the map after laning phase breaks. This is not to say EDG are weak at team fighting—they are incredible at it—but Fnatic will be able to force the fights they want to take and pick off members of EDG.

Caps and Broxah will be the catalysts for Fnatic in this regard and in the series. Scout is a mechanical superstar but can be taken advantage of when he gets over-aggressive in search of a kill. By ensuring Caps stays alive and keeps lane priority, Broxah and Caps can control both rivers and transition vision control early so that EDG can’t make plays.

Edward Gaming dominate the map early. EDG are not afraid to make solo plays and they have the ability to pull them off. Western fans got to see Ray’s talent first-hand when he was on Cloud 9. Scout studied the art of laning under the best League of Legends player of all-time. And don’t forget iBoy, the most aggressive bot laner in the world. EDG can out-lane Fnatic.

Speaking of iBoy, he is often criticized for his over-aggression in team fights. If there was ever a time to fully unleash him, this quarterfinals is it. Rekkles will always be in the correct position and get off as much damage as he can by hitting the front line, but iBoy is a wild card. His flashy Kai’Sa ultimates and aggressive dashes on Tristana and Lucian can give EDG another dimension in team fights.

Fnatic close out every game that remains even into the mid game and cruise into the semifinals.