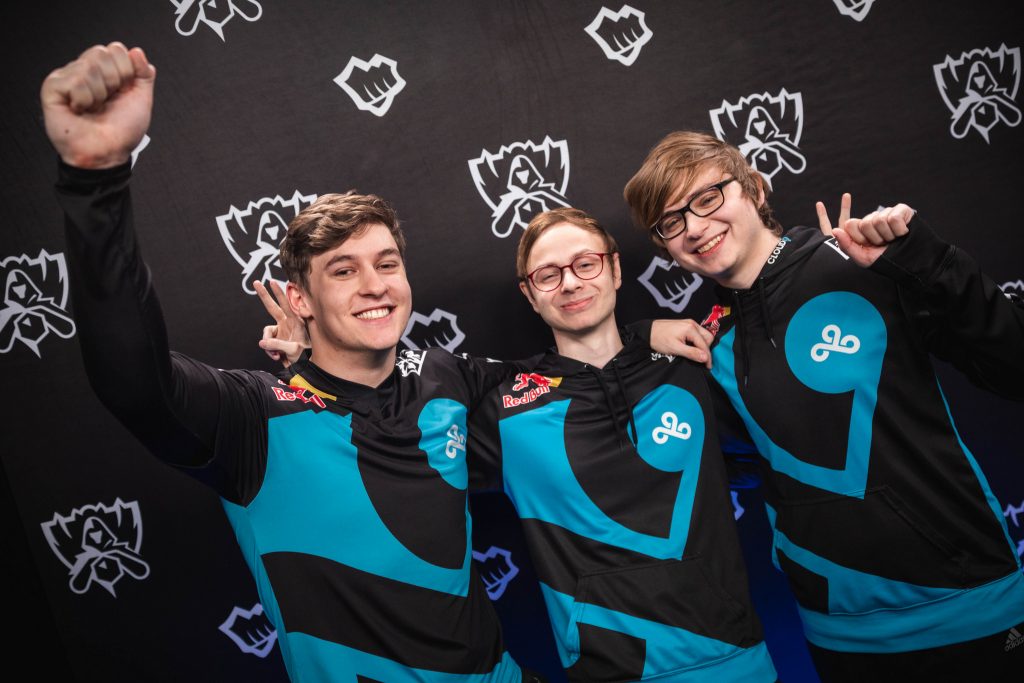 With Cloud 9 and Fnatic emerging victorious during the second day of quarterfinals, the finals will have at least on western representative.

The second day of quarterfinals cemented the best western showing in the history of the League of Legends World Championship. Cloud 9 and Fnatic both advanced to the semifinals and will guarantee a western representative in the finals.

Kiin was heralded as the best top laner in the world heading into Worlds 2018, but Licorice was the best top laner in the deciding game 3. Afreeca Freecs started Baron after a team fight win at 21 minutes with a 5v2 player advantage. Cloud 9 sent Jensen’s Lissandra and Licorice’s Ornn to try to force them off the objective. While they could not force them off, Licorice had a better plan. His Ornn focused Spirit’s Gragas and killed him just before Baron was in smite range for Afreeca. In the ensuing chaos, Licorice secured Baron with an Ornn auto attack and Cloud 9 traded the deaths on Licorice and Jensen for Baron and two kills.

Afreeca were not able to recover from there. Cloud 9 evened up the gold deficit and used Baron to crush down turrets and accelerate a gold lead. Licorice’s Ornn ultimates — masked by Svenskeren’s Nocturne ultimates — were critical in splitting up Afreeca and allowing Cloud 9 to quickly focus down an Afreeca carry. Cloud 9 advanced to the semifinals in 35:38, leading 18 kills to 15.

Jensen took over game 1 for Cloud 9. Svenskeren’s Xin Zhao showed up mid early to get Jensen First Blood and his Leblanc took care of the rest. In addition to taking an early turret and roaming around the map for kills, Jensen crushed Kuro’s Kassadin in CS, up 70+ by 20 minutes. Cloud 9 fought early and often, using their mid-game focused composition to wipe out Afreeca in 28:15.

Afreeca got off to a much better start in game 2. Kiin’s Viktor was finally able to bully Licorice’s Aatrox and he crushed him in lane for solo kills and a large CS lead. Afreeca were up 9 kills to 2 at 16:15, with Kuro’s Ryze owning 5 of them. However, once again Afreeca could not stand up to Cloud 9’s mid-game fighting. Svenskeren popped off to the tune of a 9/1/4 K/D/A and Sneaky went deathless in their 29:45 game two win.

Edward Gaming won the early game in every single game this series, but it was Fnatic’s team play that advanced them to the semifinals. Edward Gaming picked up the first 4 kills in laning phase of game 4, but Fnatic was still up gold at 18 minutes despite being down 8 kills to 2. Fnatic started Baron at 30 minutes, finishing it before Edward Gaming could contest. Fnatic won the ensuing fight, highlighted by an aggressive flash forward by Rekkles’ Xayah. Fnatic reset back to base, picked up items, and pushed through Edward Gaming’s base to advance to the semifinals.

Edward Gaming were comfortably up in game 3 when iBoy made a crucial mistake. A team fight broke out around dragon and Fnatic had killed Tahm Kench and looked to disengage. Edward Gaming attempted to chase them down looking for counter kills. iBoy used his Kai’Sa ultimate aggressively into 5 members of Fnatic and was blown up instantly. Rekkles’ Sivir was gifted a triple kill and Fnatic got Baron to regain control. Fnatic had Baron stolen at 46 minutes but picked up two kills and were able to end the game.

Fnatic were looking in trouble again in game 2 early. Edward Gaming found early kills across the board, including Ray’s Shen somehow solo killing Bwipo’s Viktor top. However, Caps had a redemption game on Irelia and turned things around for Fnatic. He outplayed a 1v2 at 11 minutes with a great stun to pick up a kill and give Fnatic some room to breathe. Fnatic then won a team fight 5 kills to 1 at 15 minutes to secure infernal drake and take control of the game. Caps finished game 2 6/0/8 in Fnatic’s quick 26:17 win.

Game 1 was an LPL classic and Edward Gaming took advantage. The skirmishing started before minions spawned and never let up before Edward Gaming took the win in 27 minutes. Edward Gaming took 2 infernal drakes by 15 minutes — and with their carries so far ahead — were never threatened in this game. Scout’s Leblanc went 8/0/10 and iBoy’s Xayah finished 7/0/9. Caps’ Irelia was on the receiving end of the destruction much of the game and finished 0/6/3.