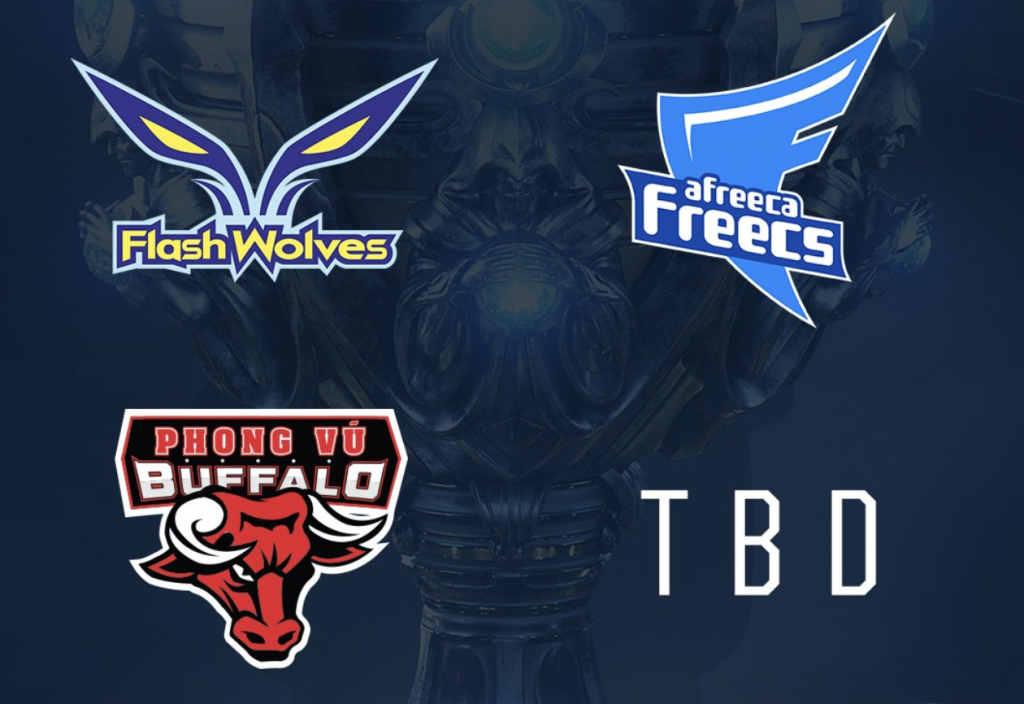 Flash Wolves and Afreeca Freecs are expected to cruise through Group A and into the knock-out stages.

The 2018 League of Legends World Championship is fast approaching and it’s time to preview the teams that will be fighting it out in the group stage starting October 10th. Today we kick things off with Group A. This page will be updated with the final play-in team after the play-in stage is complete.

The longest-tenured Flash Wolves member, SwordArt is the engine of the team. After finishing 2nd in the Most Valuable Player voting in the LMS Spring Split, he had an even more impressive Summer Split to win MVP honors. SwordArt is known for his melee centric champion pool. His Braum and Tahm Kench have gone a combined 25-2 in games over the past year in LMS play.

Flash Wolves dominated the LMS in such a way that it is hard to judge their relative strength heading into the tournament. Their results against other regions this year were a mixed bag. At Rift Rivals, Flash Wolves beat both Royal Never Give Up and Kingzone DragonX in the group stage before losing to SK Telecom T1 in the semifinals. At the Mid Season Invitational it was a similar story. Flash Wolves tied for first in the group stage, finishing 7-3 and taking at least one game off every team. They again lost in the semifinals, 3-1 to Kingzone DragonX.

Despite the falters in the bracket stages, this shows Flash Wolves has done very well in group stages in international competitions over the past year. While they may not adapt as well as other teams over the course of the tournament, it is fair to suggest that the Flash Wolves may benefit from their regional dominance at the beginning of tournaments. By not being threatened in game domestically, Flash Wolves do not need to tip their hand to the international competition.

Afreeca Freecs qualified for the 2018 League of Legends World Championship off Championship Points. They finished LCK Spring Split with a 13-5 record and Summer Split 10-8 in the regular season. Afreeca Freecs finished second in the Spring Playoffs and third in the Summer Playoffs.

Kiin has made an argument to be called the best top laner in Korea with his play this past year. His versatility in being able to play both tanks and carries at a high level allows his team advantages in the draft. Kiin’s three highest played champions in LCK 2018 Spring were Gnar, Gangplank, and Sion—a split-pusher, carry, and tank. Afreeca Freecs can play to give him a counter matchup or leave that honor to Kuro and know that Kiin will acquit himself regardless. Buffs to Darius and Fiora in Patch 8.19 could bring more explosive lane matchups in top lane as well.

Afreeca Freecs are known in Korea as one of the best-prepared teams in terms of drafting. They are consistently lauded by analysts as having superior draft phases to play to their strengths and into their enemies’ weaknesses. As an example, Afreeca Freecs took advantage of Gen.G’s proclivity for picking scaling compositions by picking strong early game champions in their playoff matchup. Afreeca Freecs won 2-0 over the eventual Korean gauntlet winners and defending Worlds champions.

With weeks before the group stage, Afreeca Freecs are well-positioned for success in the draft. They will have more than enough time to scout deep tendencies from Flash Wolves and Phong Vu Buffalo and react accordingly. The most trouble they may have in preparation may very well be the play-in team. Afreeca Freecs will have only a few days with knowledge of their opponent before they meet on October 10th.

Phong Vu Buffalo qualified as the lone representative of the VCS. They finished 12-2 for first place in the Summer Split regular season. Phong Vu Buffalo then dispatched Cube Adonis 3-1 in the VCS Summer Split Finals to clinch their spot at the 2018 League of Legends World Championship.

With so few options relative to other roles, bot laners often have small champion pools. BigKoro does not. He has his go-to champion in Ezreal, picked 10 games in the Summer Split, but played nine more unique champions. Further, his next two most played were Mordekaiser and Swain—not your typical marksman bot laners. BigKoro is an adaptable player that will have many options at his disposal as Phong Vu Buffalo try to draft compositions to pull an upset in Group A.

Barring some unexpected outcomes in the play-in stage, Phong Vu Buffalo will be the odds-on favorite to finish fourth in Group A. While it is not ideal to be at such a perceived disadvantage in strength, it can come with benefits. No team in Group A will skip preparation against an opponent. The teams have too much time in advance and too much on the line. However, no team will choose to use as much time preparing for Phong Vu Buffalo as Flash Wolves or Afreeca Freecs. There are advantages in preparation to be gained from this.

Playing as an underdog is also often freeing as a player. Competing as the lone representative of Vietnam may come with some pressure, but there are no legitimate expectations of advancement. Other teams in the group will have that burden of expectation weigh on them in the crucial moments of the games. Phong Vu Buffalo will have the support of an entire region and will be playing with house money.

G2 made it to the Main Event of Worlds 2018 by beating Infinity Esports 3-1 in the Play-in Knockouts. G2 earned the first seed in Group B of the Play-in stage by going 3-1 and winning the tiebreaker against Bahçeşehir SuperMassive. After being the dominant European team of 2017, G2 struggled by their standards in 2018. They finished Spring 11-7 and in 2nd place in the Spring Playoffs. G2 then went 12-6 in the Summer Split before finishing 5/6th in Playoffs.

Perkz and Wunder are star solo laners for G2, but Jankos is the catalyst of the team. G2 struggle when they don’t get an early lead so it’s vital for Jankos to get them rolling early. That’s often no problem for someone who has been known as the First Blood King of Europe. Jankos was involved in First Blood in all five of the games for G2 during the Group Stage of Play-ins. Group A will be one of the strongest if Phong Vu Buffalo are as strong as rumored in scrims, so all eyes will be on Jankos to set an early tone if G2 hope to advance.

As mentioned above, the top half of the map for G2 is formidable. They can hang with the best in the world. However, it’s hard to say that with confidence about the bot lane for G2. Hjarnan is incredible on Heimerdinger and draws a ban on it almost every game, which is a considerable advantage for G2 in the draft phase. Overall, though, Hjarnan and Wadid are at best trying not to lose bot lane more than they are pressuring their opponents.

To their credit, Hjarnan and Wadid had a great set of Worlds Play-in games. Hjarnan, in particular, went off to the tune of a 44/7/47 K/D/A over the course of the nine games. Even more importantly, he demonstrated his ability to play Kai’Sa after not playing her in any previous competitive game. Kai’Sa had a 76.2% pick/ban presence in the Play-in stage, highest of all AD Carry champions. If they can translate that success to the more formidable opponents they will meet at the Main Event, G2 will have a chance to make some noise. Betty and SwordArt, among others, await.