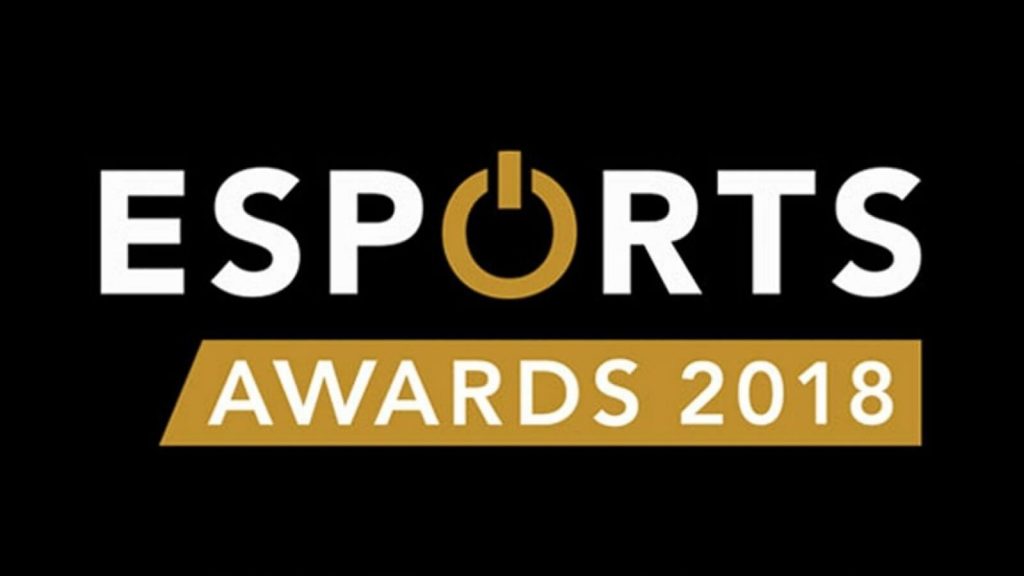 The Esports Awards 2018 offered a glimpse at the best the industry has to offer.

The crowd noise made it hard to hear the speakers and interrupted speeches, industry experts disagreed with the fan’s choices and a YouTuber intentionally Steve Harveyed an announcement while the room cringed. These were the 2018 Esports Awards.

Despite those shortcomings, there were many solid moments with deserving people being recognized for their achievements. ESPN’s Jacob Wolf had a heartfelt speech where he reminisced on a late friend and rebuked the attacks on journalism after winning Esports Journalist of the Year. Players like S1mple and Kenny from CS:GO and CoD were recognized for their outstanding performances. Let’s go through the awards as they came in:

FACEIT’s partnership manager since 2014, Nedeljkovic truly fits the bill as an unsung hero. He has been a crucial part of FACEIT’s progression in tournament organization. The Esports Championship Series (ECS), which joined the ESL Pro League as the other top-level Counter-Strike league, was one of his key focuses. This year, FACEIT took it a step further and hosted the companies first CS:GO major in London. While Twitch chat may have erupted in a string of “who?” that is an apt response for a deserving unsung hero award.

This is the second year in a row OpTic’s most famous videographer has won the award. While Hitch’s skills are not up for question, these are where the fan vote can throw things off. OpTic has a massive fan base that voted Hitch this award and he even tweeted that the GreenWall delivered this win. Hitch focused more on streaming than true videography this year, but, hey, a win’s a win.

The #Greenwall is insane.

That's an OpTic award, not a Hitch award.

Thank you guys so much.

Streaming Platform of the Year: Twitch

No surprise here, Twitch continues to dominate the category but this may have been the first year with some true competition. YouTube Gaming boasted some high viewership numbers and Mixer provided new interesting features, but Twitch has this category locked and stored away for the time being.

In a vote by fans, Fortnite was always going to win this award. Epic deserved it; they set records and dominated streaming services for the entire year. The combination of live in-game events, mainstream crossover and massive prizes made this Fortnite’s year for this award.

Now on 100 Thieves, the young Call of Duty star shook the world with his play for Team Kaliber over the last year. He had previously competed in the MLG World Finals in 2015 when he was just 16 years old but, when they announced a minimum age of 18 years old when the Call of Duty World League (CWL) began in 2016, Kenny was forced to take a break from competition.

He came back with a vengeance. In 2018 he helped lead TK to wins at CWL Dallas and CWL New Orleans in Stage One. Then he was named MVP of CWL Stage Two as TK won that as well; finally he finished off the year with a second place finish at CoD Champs. His incredible year earned him a new home with a top-flight roster at 100T and a lofty contract to go with it.

Fnatic’s 19-year-old top laner was a natural choice for this award. Fnatic had a fantastic year in LoL and came up just short of the Worlds prize, but even reaching the title was a feat only teams from Asia had done since Season One, when Fnatic won the title.

Fnatic’s Worlds run in 2018 was doubly brutal because they lost to Invictus Gaming, a team they had previously beat in group play. In 2018 Fnatic swept the EULCS. With Bwipo as a key part, Fnatic finished first in both the EULCS Spring and Summer regular seasons and the playoffs. True domination that was almost complete with a win in Worlds.

ESL’s lead photographer, she does well to truly capture the emotion of esports. Her work can be found on her Twitter profile and I will let her images do the talking.

Because Hotspawn only launched in August, we weren’t eligible for this award but hey, there’s always next year. Jokes aside, ESPN will be tough to dethrone. They have the massive resources and some of the best writers in the space. Often they are the first to break big stories and Jacob Wolf is unmatched on the franchising beat. Longform reporters like Tyler Erzberger (The Esports Writer) and Emily Rand keep ESPN’s storytelling top notch.

Astralis dominated the CS:GO scene this year. They won titles in all the major leagues including Dreamhack Marseille, ESL Pro League, ECS Championship Series, ELEAGUE, FACEIT, Blast Pro Series and IEM. All in 2018, pure and utter worldwide domination of the CS:GO scene.

Now some quick ones:

The companies that support esports through revenue and activations are important but don’t leave much in the way of discussion, plus there were an absurd number of awards in total and I want to finish this before reaching 2000 words.

Wolf has been mentioned a couple times already in this article but his contributions to the scene bear repeating. He broke basically all of the OWL expansion news and released a couple incredible personal profiles like this one of Smash Bros superstar Hungrybox. Wolf was in the midst of one of the best speeches but was cut short because the crowd wasn’t paying attention, this prompted ESPN Esports editor Darin Kwilinski to take to Twitter to call out the disrespectful nature of the crowd.

Unfortunate most people aren’t paying attention to recognize the #esportsawards winners and their speeches, the hosts on the stage, or the presenters. Thank you to those that did.

Jacob and I cut our speeches short because of the crowd. There’s an after party for a reason 🙁

A combination of all the different plays of the month that Esports Awards releases throughout the year, the final award is chosen from those twelve. It went to FaZe Attach for a great comeback in Call of Duty, here’s the play.

This is the first award I took solid issue with. The Overwatch League Finals were fun to watch but they didn’t hold a candle to the month-long celebration that was League of Legends Worlds. The OWL finals had a weak debut on ESPN and a horrendous performance by DJ Khaled. In comparison, LoL Worlds broke records for viewership while the global competition gap closed remarkably. It also left us with this amazing video:

The Call of Duty commentator had a good year but there aren’t any metrics to measure his success. This award was a bit awkward as the two hosts of the show, Sjokz and GoldenBoy were both up for the award as well and you could tell they were a bit disappointed to not win.

I know I made that joke earlier but this time that was exactly how YouTuber Deji presented the award. It was a call back to Steve Harvey at Miss Universe and the Oscars when wrong names were unintentionally read, causing mass confusion. This time, he did it on purpose, and got only nervous murmurs from a previously loud crowd.

Epic was on the way to the podium when they had to stop and Blizzard came up instead, it made for an awkward moment and the outcry against Deji was quick. The Esports Awards won’t be bringing back a Paul brother-esq YouTuber to announce awards anytime soon.

Esports Game of the Year: Overwatch

These two awards didn’t make a ton of sense. Overwatch did have a good year in the first true year of the Overwatch League but struggled with viewership at times. Plus it still hasn’t reached its true form of regional franchises. CS:GO had another fantastic year and, while Fortnite esports were a bit of a mess, Epic still did a lot of unique things. Blizzard seemed to get a bit of undue love and jokes about them buying the awards were all over Reddit and Twitter.

These two awards are easily grouped together and it’s a bit odd they come in quick succession. Four people are on both lists but almost always the top personality will be a streamer. Ninja was the obvious choice this year. He broke into the mainstream in a way no esports/gaming personality has before.

Fortnite’s unique setup allowed him to host events like Red Bull’s Rise to Dawn and broadcast esports events through his own stream. The Drake stream brought a wave of mainstream attention and he capitalized with massive ad campaigns and a huge social following. Lately, he has come under fire for his attitude but, when looking at 2018 as a whole, it was definitely the year of Ninja.

I’ll be honest; I didn’t know who this player was before this award. Turns out he is a phenomenal FIFA player who won the 2018 FIFA eWorld Cup. The console award will always have less notable players than the PC Player of the Year award, but I believe Sonic Fox deserved this one. The fighting game champion wrecked the competition in a variety of games and donned a fursuit for postgame interviews, lord I would have loved the reaction to a furry winning this award and giving a postgame speech in suit. Sonic Fox may be the best all-around fighting game player of all time, and he dominated 2018.

The man, the myth, the legend, and most importantly, the furry @SonicFox5000 has now won over $500,000 playing fighting games in the last 4 years. What a monster. Truly a contender for esports player of the year. #IPSFinals

While Astralis was the dominant team in CS:GO this year, S1mple was the best player. His play for Natus Vincere was phenomenal and he helped carry his team to wins in Blast Pro Series: Copenhagen, ESL One Cologne and CS:GO Asia Championships. In each tournament, he was named the MVP, an impressive feat that shows just how much he meant to NV this year.

Esports Organization of the Year: Cloud 9

The last award of the night was nearly impossible to dispute. C9 had probably its best year to date for a storied franchise filled with championships. They won the inaugural OWL title with the London Spitfire, made it further than any NA team in LoL Worlds history while losing in the semi-final, the Rocket League team was the first NA World Champions since Season One, they were Major winners in CS:GO and Rainbow Six, and Mango returned to the champions stage in Smash Bros Melee.

It truly was the year of C9. Jack Etienne, take a bow.