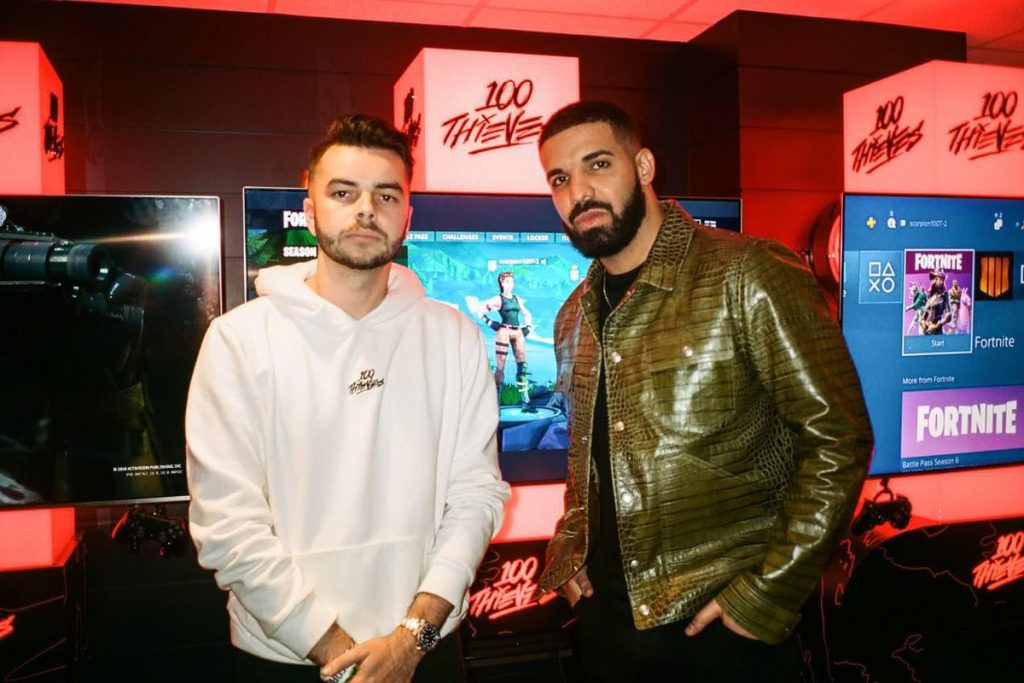 Matt “Nadeshot” Haag’s esports organization, 100 Thieves, has been the talk of the esports town lately due to its success. 100 Thieves has already nabbed investments from the Cleveland Cavalier’s owner Dan Gilbert, which allowed the organization to buy a franchise spot in the North American League of Legends Championship Series. 100 Thieves also fields competitive rosters in Fortnite, Clash Royale, and Call of Duty: Black Ops 4. Why not add the musical sensation that is Aubrey “Drake” Graham, and the talent manager that is famous for working with Justin Bieber, Scooter Braun?

Drake and Braun will be joining Nadeshot as co-owners of 100 Thieves as they will be acting as strategic advisors. Braun will specifically be working with the board of directors for the organization. The exact deal was not released to the public, but the company detailed that 100 Thieves has raised “more than $25M in total funding.”

“I’ve spent my ten-year career in esports growing the ecosystem and am proud to have Drake and Scooter join as my partners to help take 100 Thieves to new heights. Our top priority is to win world championships, but our ambitions go far beyond competitive gaming. With Drake and Scooter’s support, we’re going to build a lasting brand on the back of the content and apparel that our fans have come to love, aggressively expand into more games, scale our apparel business, and build a world-class management team.”- Matthew “Nadeshot” Haag, CEO of 100 Thieves.

Drake and 100 Thieves have already collaborated this year, which was unknown to the public. Drake has been traveling with custom gaming rigs on his Scorpion tour, which is in collaboration with the 100 Thieves brand. The organization also hinted that there is an upcoming apparel collaboration line that is underway and due to drop soon.

Nadeshot joins other esports owners to have raised substantial investments, as Team SoloMid and Cloud9 have recently announced their own rounds of investments. Cloud9 announced that they raised $50M in Series B funding, and TSM raised close to $37M from numerous investors. If there is a time to hop on the esports bandwagon, now might be your time to pick a wagon and ride it into the virtual sunset.